‘Only a Gibson is Good Enough’

For over one-hundred years, the name Gibson has been synonymous with guitars. Founded in 1902 by its namesake Orville Gibson, the company originally specialised in mandolin-family instruments. The gradual shift towards guitars proved pivotal, with their first ‘Electric Spanish’ model of 1935 becoming an instant hit.

Fast forward 100 years, and the list of musicians to have picked up a Gibson reads like a who’s who of Rock ‘n’ Roll royalty.  From Jimmi Hendrix to Jimmy Page, B.B. King to Bob Dylan, Gibson’s innovative approach to stringed instruments has had far reaching consequences for the world of music at large. 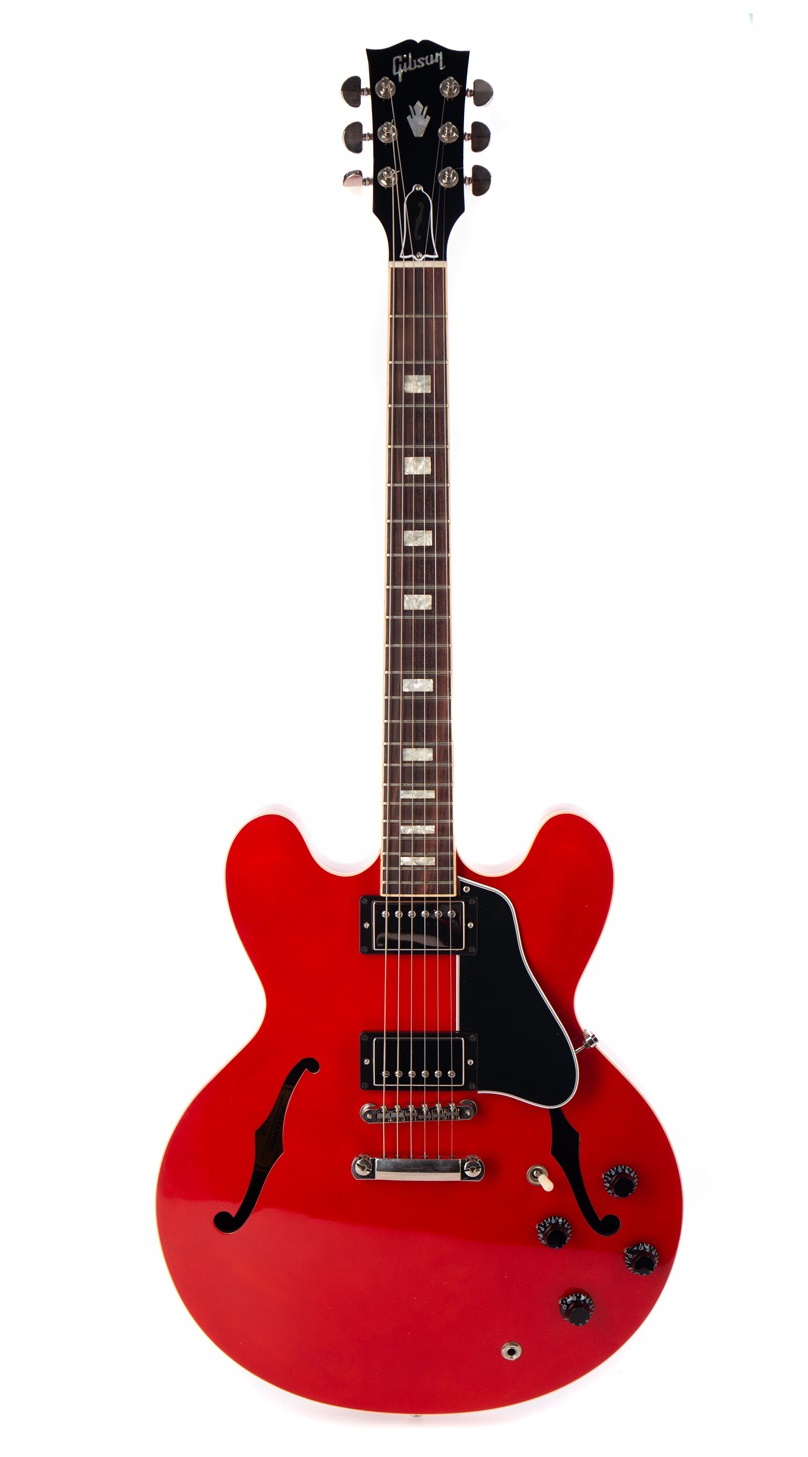 Within our upcoming Clocks, Musical & Scientific Instruments Auction, we are delighted to be offering not one, but eight Gibson guitars. With prices ranging from £400-3,000, and models including bass, acoustic and electric guitars, there really is something for everyone.

Perhaps the crowning glory is the Gibson ES-335, in iconic axe often cited as the World’s first commercially available semi-hollowbody electric guitar. Finished in a sumptuous cherry red, this model is perhaps most famously associated with musicians including Chuck Berry and Noel Gallagher, as well as being picked up by none other than Martin McFly in Hollywood’s Back to the Future. At an attractive £2,000-3,000, this lot is sure to steal the show.

Alongside this selection, other names including that of Fender will also be featured, so be sure to get your bids in quick, as once the hammer comes down there won’t be any encore…

For a complimentary, no-obligation valuation on instruments of all kinds, or to consign to the next auction, please contact our specialists on 0141 810 2880 or auction@mctears.co.uk.