Opportunistic Scots – Making the Most of the Etching Boom

The etching boom of the early nineteenth century saw a surge in demand for etchings as original works of art. In England especially, collectors were clamouring for pieces depicting Scottish views, and many Scottish artists capitalised on this, turning their focus to romantic and atmospheric depictions of their homeland. In this month’s Paintings, Drawings and Prints auction we are offering for sale works by some of these artists, which provides a snapshot into the scale of their contribution in elevating etching to an artform in its own right, rather than a means of reproduction. 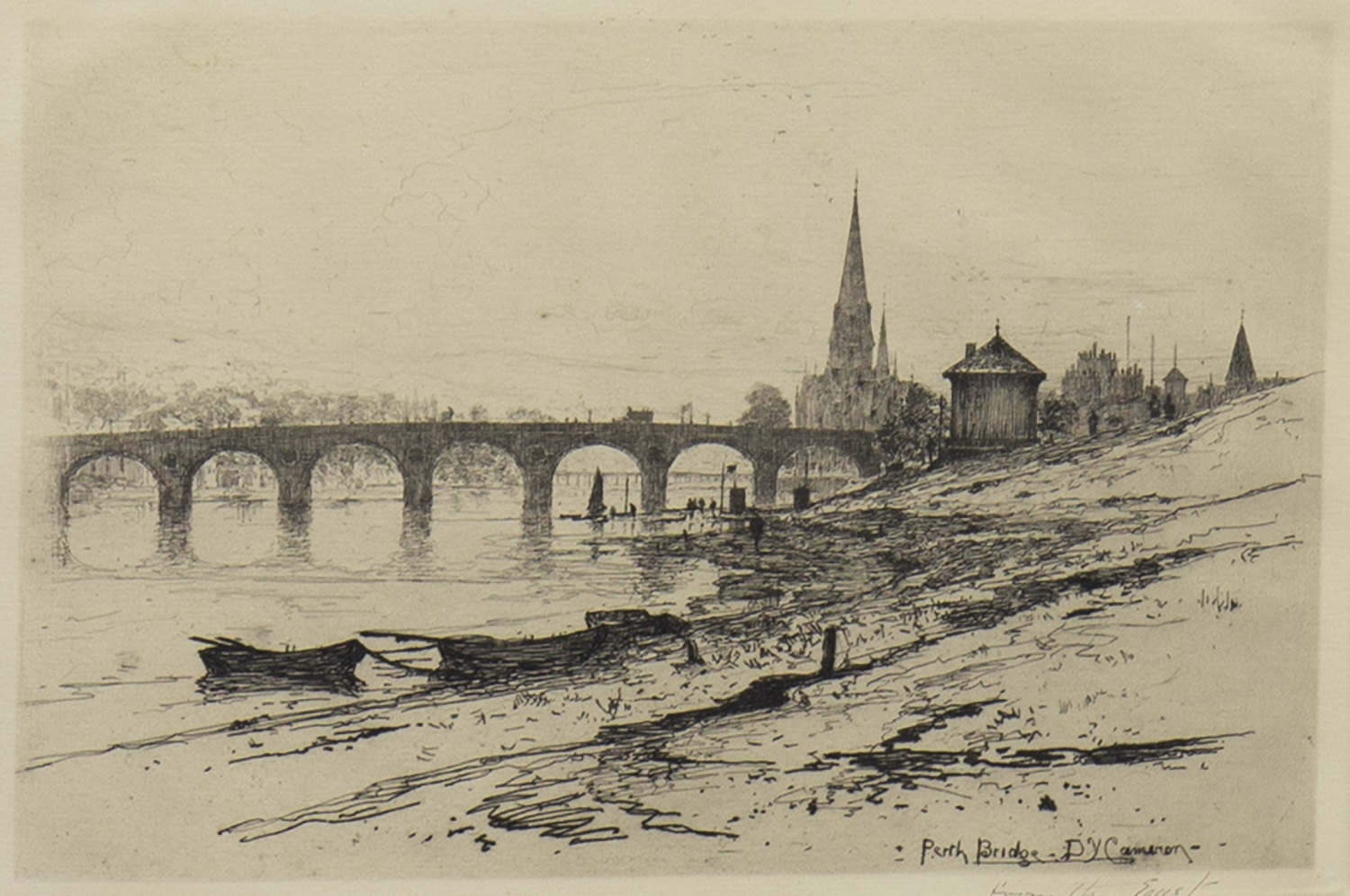 The master printmaker, David Young Cameron (1865-1945) is represented by three pieces, two of which are from the same impression. Lots 401 and 402 formed part of a series called The Clyde Set, produced in 1889. This was to be a major series for the artist, who had only begun his foray into etching two years prior.  ‘Perth Bridge’ and ‘Arran’, along with eighteen additional scenes, were exhibited with the Painter-Etchers and noted for their ‘chiefly pictorial sense’.

Over the next decade Cameron refined his artistry, and whilst these pieces lack the more dramatic and original works he was to eventually become known for, they represent an important turning point in his career, presenting him with an opportunity to dip his toe into the world of printmaking which he so desperately longed to be a part of. These lots carry auction estimates of £40-60 each.

Noted as a poster artist, Robert Houston (1891–1942) produced a number of etchings featuring Scottish landscapes and architectural subjects. Etching as a medium was known to lend itself well to Scotland’s hauntingly beautiful lochs and castles, and lot 403 is a wonderful example of Houston’s ability to capture this in his depiction of ‘The Banks o’Ayr’.

Johnstone Baird was another artist who had a strong ability in capturing the atmospheric qualities of Scotland’s river landscapes. Baird relocated to London, and like many Scottish artists of the time, produced countless Scottish views for his English clients to cash in on the etching boom. Lot 403 and 404 carry auction estimates of £40-60. 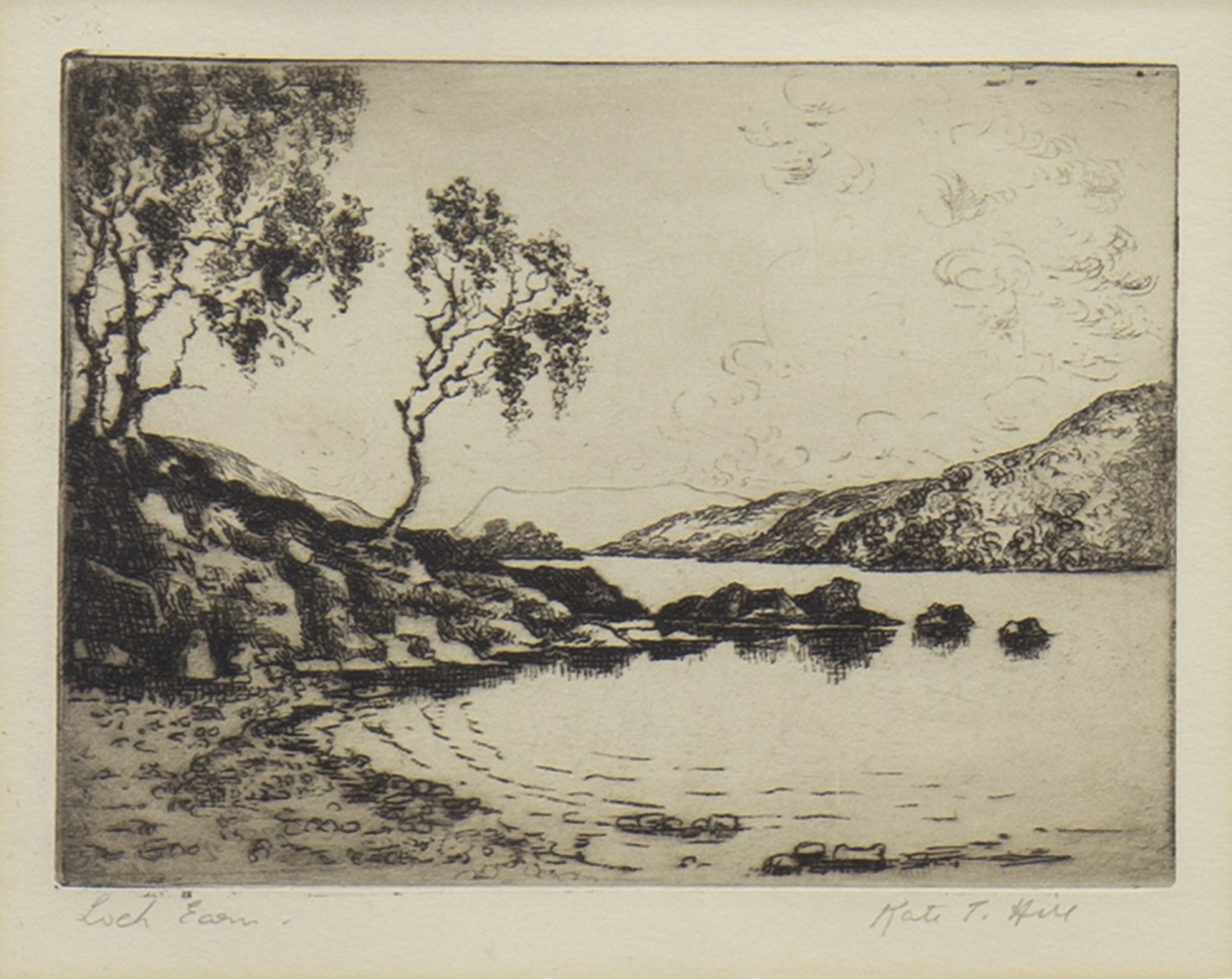 The final etching to consider is by an unknown artist called Kate Hill. Very little has been written about the artist, but we know she was active between 1906 and 1916. Hill’s depiction of Loch Earn has a very illustrative quality to it and is a fantastic example of the ability of auctions to help us ‘re-discover’ artists, especially women artists, who were producing and exhibiting but have been lost to the standard narratives in art history. Lot 433 carries an auction estimate of £30-50.