Women in the arts is a hot topic right now. Hammer prices for work by women artists are steadily rising as more scholarly research and blockbuster exhibitions attempt to redress the balance and shine light on the lives and work of those who have long been overlooked.

In this month’s British & International Pictures Auction we have eight pieces by women, and although men still outnumber women in these sales, it is encouraging to see more pieces by professional women artists grace our gallery walls. This month’s blog post will focus on two of these artists, both of whom forged successful reputations as professional painters at a time when many women were excluded from most forms of artistic training.

One such artist is Mary Morris. A Glasgow based artist, Morris painted a number of Scottish landscape and coastal scenes, working on Iona, Mull and Machrihanish. At present, little is known about Morris, however newspaper articles reveal snippets of her life that put her in the centre of Glasgow’s flourishing art scene between 1893 and 1938. A review in The Scotsman shows her exhibiting a seascape with the Glasgow Society of Lady Artist’s in 1917, whilst labels to the reverse of her known works show she was a regular contributor to exhibitions at the Paisley Art Institute and the prestigious Royal Glasgow Institute of Fine Arts.

Her wonderful use of a muted palette and small flecks of white effectively capture the rolling waves and colour that is instantly recognisable as Scottish. This came to be her signature style, and Morris had an expressive handling of paint and en plein air technique which could be likened to William McTaggart (1835-1910) and those in the Glasgow Boys circle. Her decision to capture the coastlines of Scotland attest to her passion for the sea as well as her ability to travel to these locations, which was likely funded through her successful picture sales. The location of lot 442 is not known, but it is a beautifully executed seascape with a distinctly Scottish feel and carries an estimate of £400-600. 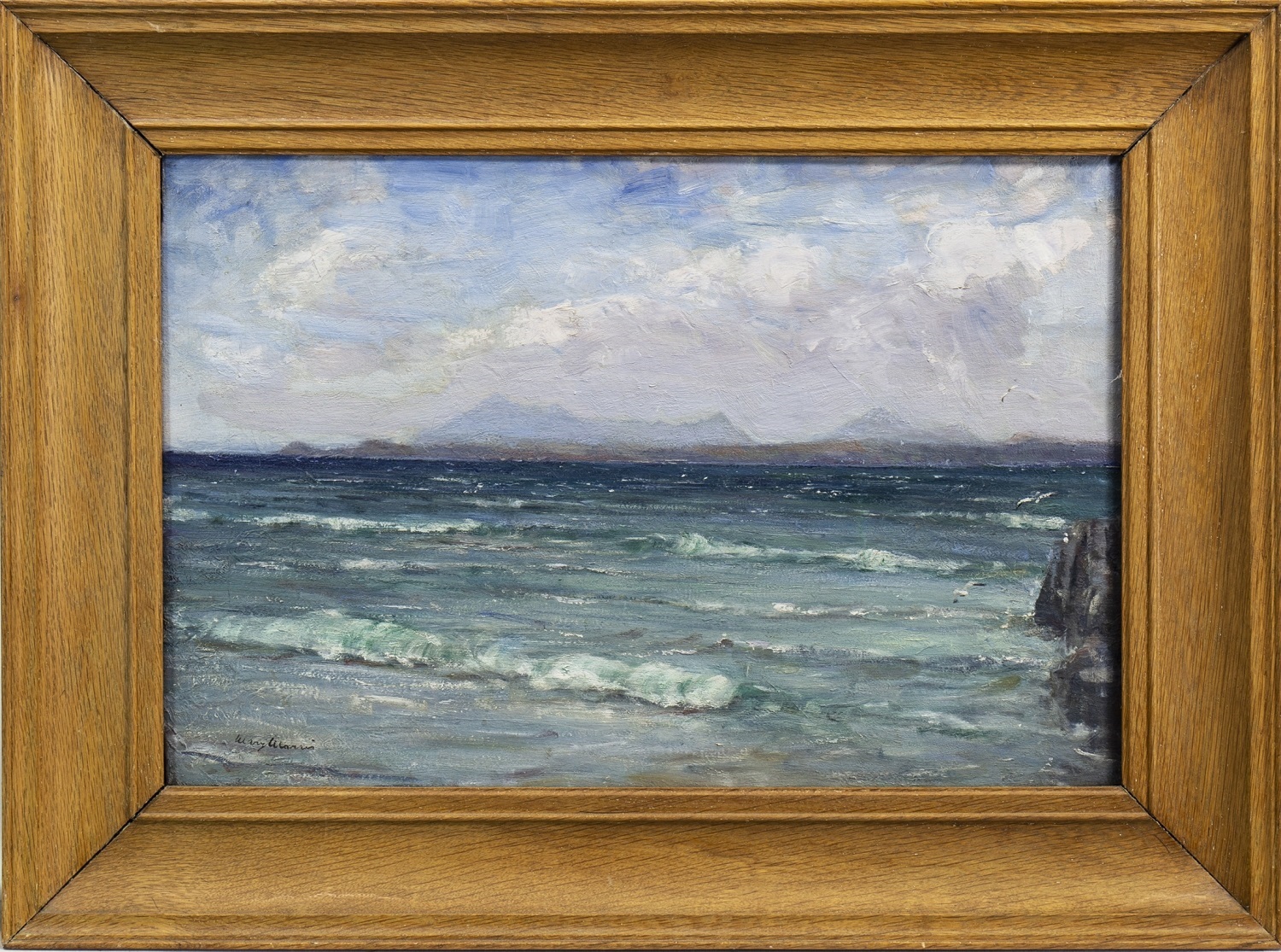 Much more has been written about the second artist, who went on to become very successful not only in Edinburgh, but London too. Like many of her contemporaries, Emily Murray Paterson (1855-1934) found Edinburgh’s conservative environment too constraining, and was fortunate enough to have the means to spend much of her time travelling and painting on the continent before settling in London in 1917. She exhibited regularly with the London’s Society of Women Artists, was a member of the Society of Scottish Artists and was put forward as an associate of the Royal Scottish Academy (although never successful). She also exhibited with the Glasgow Society of Lady Artists along with Mary Morris, so both women would certainly have known each other. This gives an insight into the networks of support available for women artists not just in Glasgow, but across Britain as at this time Paterson had relocated permanently to London, but still chose to exhibit with other societies. 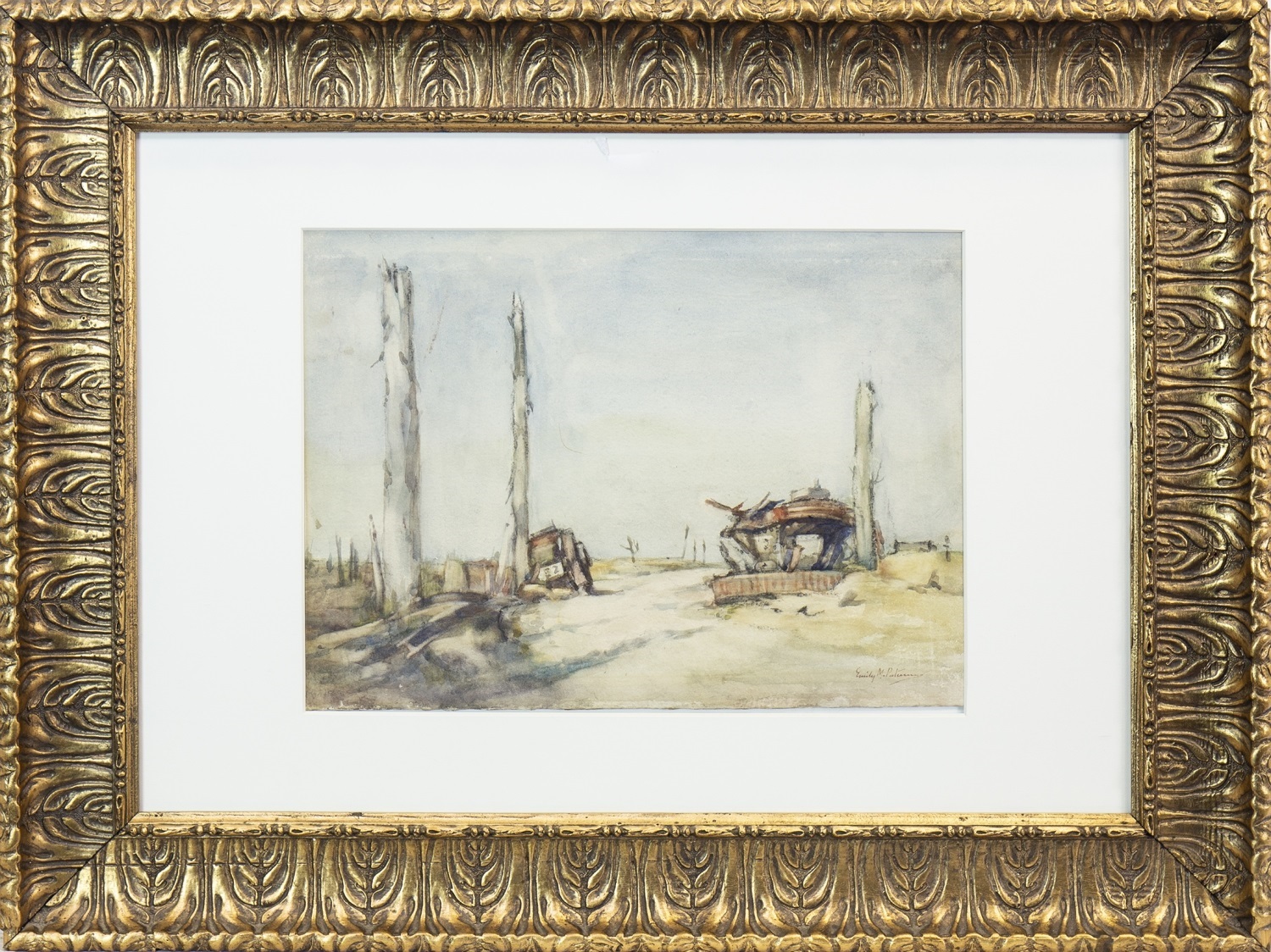 Paterson was praised for the “masculine” quality of her work. Shortly after the end of World War One she visited the former battlefields at Ypres in Belgium and produced a series of watercolours depicting the carnage of destroyed buildings including the Ypres Cloth Hall. The collection was exhibited in London in 1919 and several works were acquired by British institutions including the Imperial War Museum. Lot 460 forms part of this series and displays Paterson’s wonderful use of tone in a typical ‘wet’ Glasgow fashion. This piece carries an auction estimate of £300-500.

Do you have works by Scottish women artists that you are curious about? Why not send over some images for a free valuation to pictures@mctears.co.uk