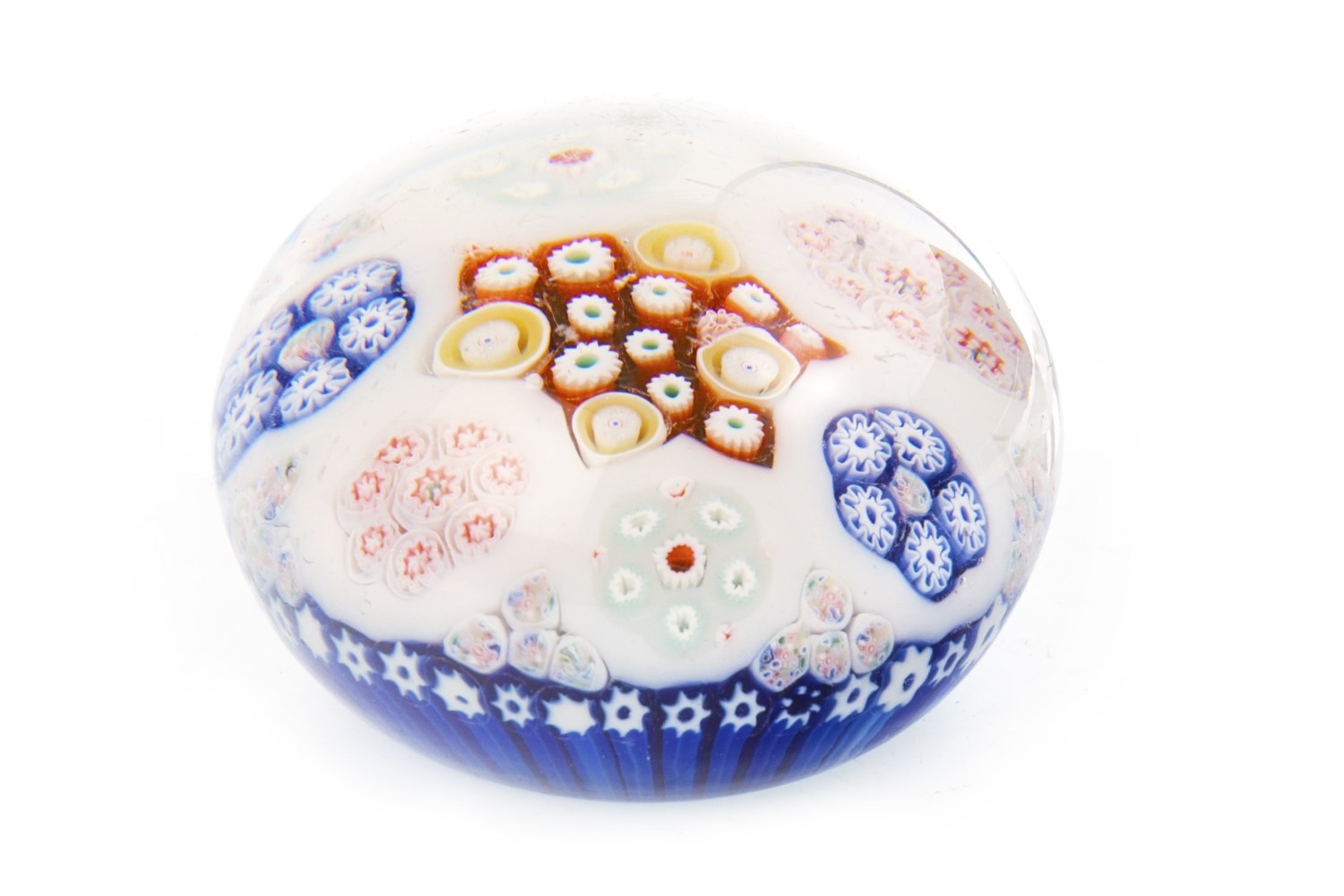 In the 19th century, the French manufacturer Baccarat produced designs based on the Italian ‘millefiori’ or ‘thousand flowers’ technique that involved the production of glass canes or rods with multi-coloured patterns. The intricate designs within the rods are magnified when they are cut and placed within the paperweight. Lot 1264 perfectly showcases this technique. The paperweight has a well centred design with six spaced circlets of various millefiori, in mint green, pale pink and blue, set within a sodden snow ground surrounding a central red and yellow ruffle cane. At 8.5cm wide and 6cm high, the paperweight is an impressive size and weight.

Consigned by a private vendor, the delightfully pretty paperweight was estimated at an impressive £500-800. However, after exciting competition from the internet, the hammer finally fell at a whooping £3,200 to a bidder on the telephone.

Could your paperweight be worth this much? For a complimentary auction valuation contact Hannah on 0141 810 2880 or hannah@mctears.co.uk