Pearls are the birthstone of June and they also happen to be the world’s oldest gem. They are found in oceans, lakes and rivers around the world. Many cultures believe that pearls hold mythical powers and have fascinated people for centuries. Lore from the Middle East had it that pearls were teardrops fallen from heaven whilst the Chinese believed that they were formed in the brain of a dragon and anyone wearing pearls would have slayed the dragon in order to possess them. 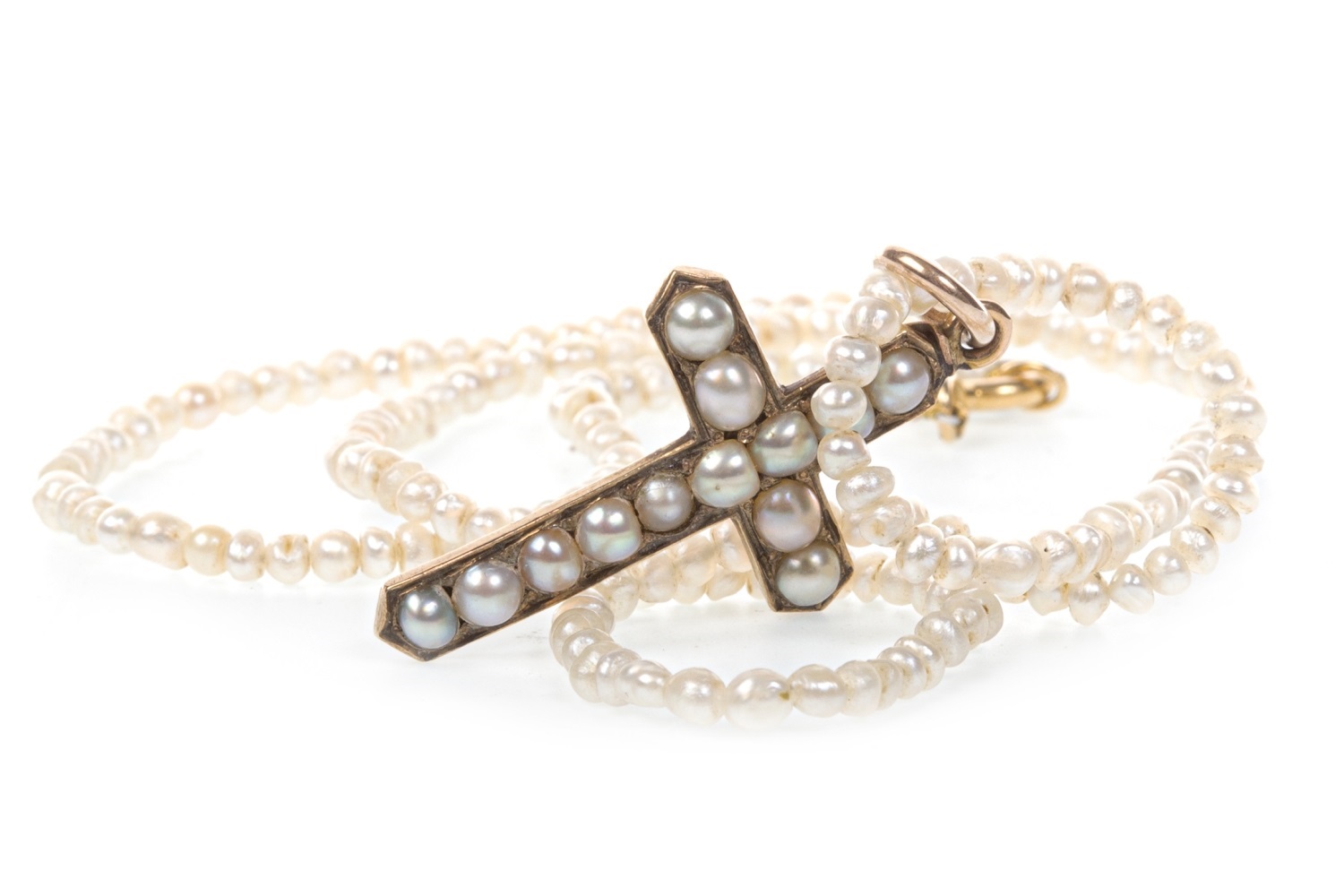 Lot 104 in The Jewellery Auction on 30 June is an early twentieth century cross pendant on a later pearl necklace, estimated at £300-500. The cross indicates that this could have been given as a communion gift or worn during a period of mourning. Pearls are associated with wisdom, purity and innocence but also with sadness and mourning. Most notably, after the death of Prince Albert, Queen Victoria, also known as the ‘Mourning Queen’, made pearl mourning jewellery popular as a symbol for those experiencing a period of grief.

With endless connotations for pearls, why not come along and make up your own mind on one of our viewing days commencing Thursday 27 June.