Piaget – The history of a Swiss watch manufacturer

Piaget watches are often overlooked due to being classed as more of an occasional watch rather than an everyday item. With over 100 years of history, Piaget continues to be one of the leading watch brands in the world today. The Piaget brand was established in 1874 by nineteen-year-old Georges Piaget, a Swiss farmer who worked on pocket watch movements and components during the winter for extra money. In 1911, Georges’ son took over and turned the part-time manufacturing business into a full-time, family-run company. The watches created were initially sold to other companies who would place their names on the timepieces.

The founders’ grandsons trademarked the Piaget brand in 1943. Before this, no watch that was created by Piaget was signed by them. Known for their contemporary designs and ultra-thin watches, in 1960, Piaget designed what would become the world’s thinnest automatic movement to date. Also in 1960, Piaget started the production of jewellery. This enabled every part of a watch, even diamond-encrusted watches, to be made in-house with no external influences.

With a 140-year history, the current chairman is Yves Piaget, great-grandson of the founder himself. 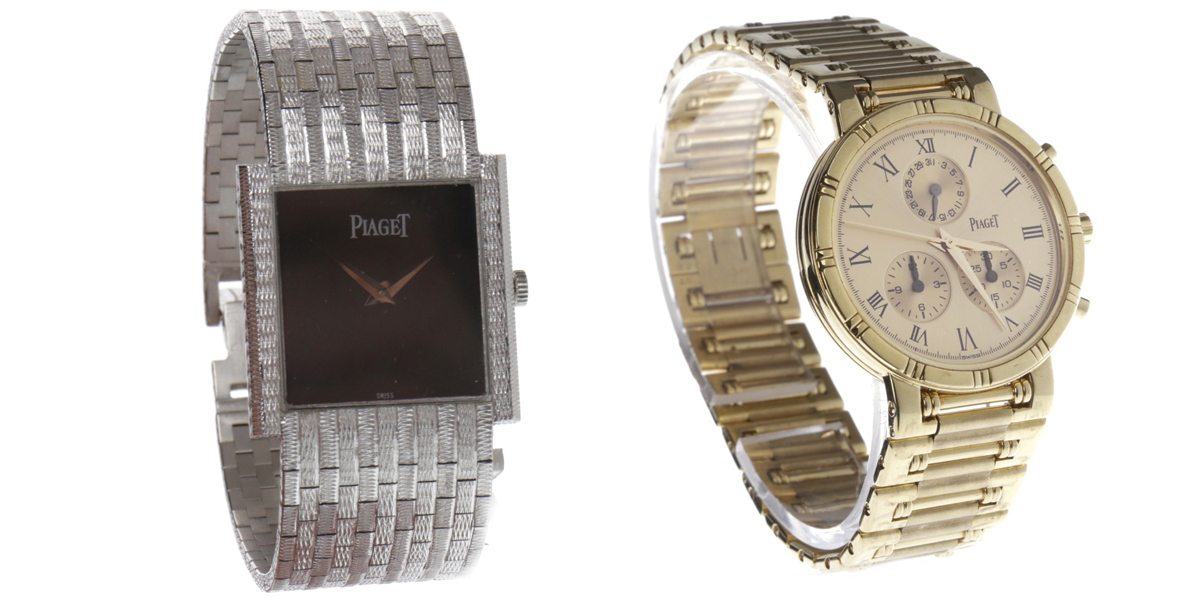 McTear’s sells more watches than any other Scottish auction house in dedicated auctions that take place every six weeks. These sales are run concurrently online on a platform that attracts more than six million visitors annually from over 120 countries.