Portraits of the Past

Mary Queen of Scots is one of the most significant figures of Scottish history. The story of the Scottish Queen has been propelled into the international spotlight of late, with this month’s cinematic release of Mary Queen of Scots. The historical drama, starring Saoirse Ronan and Margot Robbie, recounts the life of Mary and her fraught relationship with Queen Elizabeth I of England. As is well known, Mary was thought to have plotted against Queen Elizabeth, and after almost two decades of imprisonment, Mary Queen of Scots was deemed guilty of treason and executed at Fotheringhay Castle in 1587. 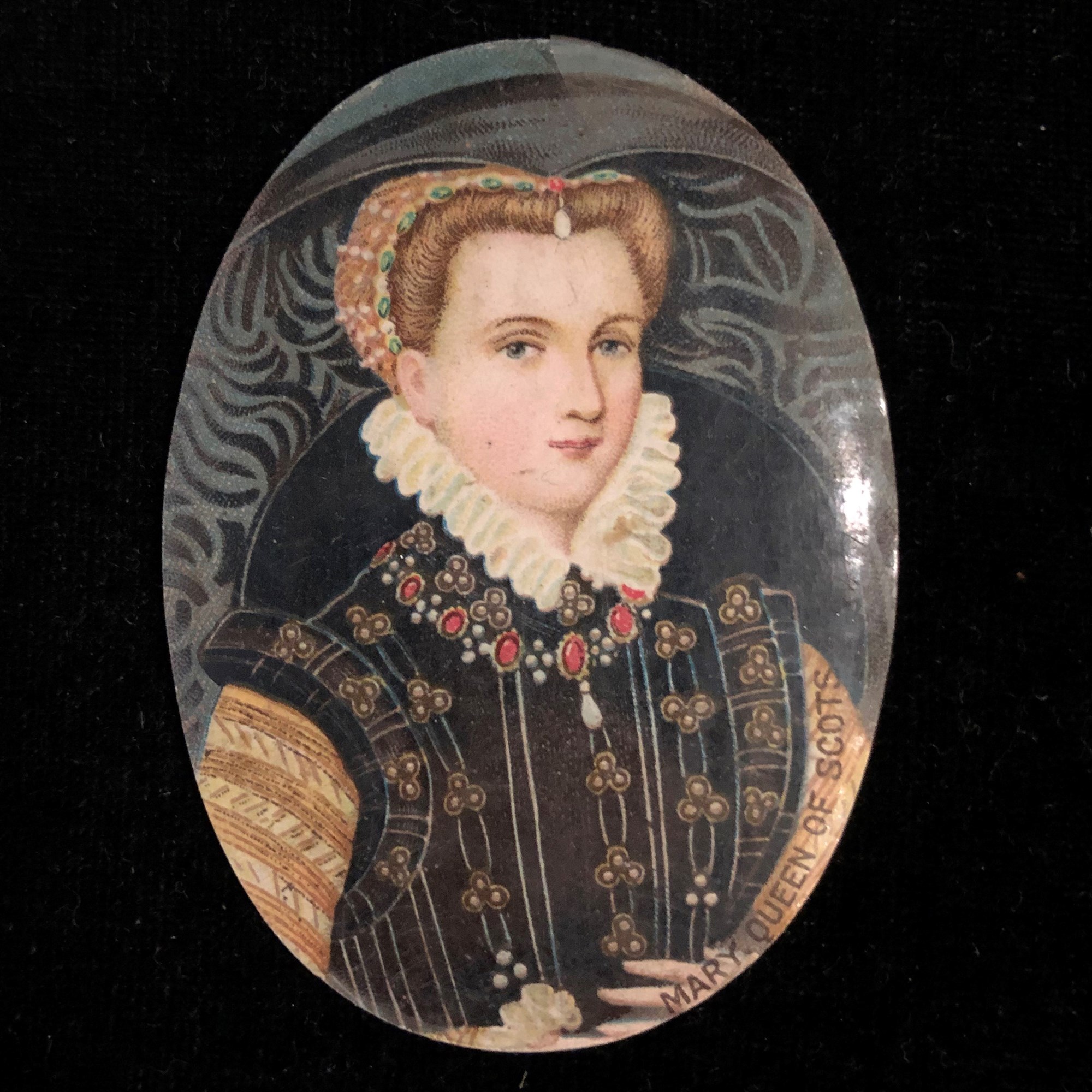 An attractive oval chromolithographic portrait of Mary Queen of Scots will go under the hammer this week at McTear’s, this is lot 1776 in the Works of Art, Medals, Militaria & Furniture Auction on 1 February. The portrait comes along with an early 19th century profile silhouette of a gentleman, the two are estimated at £40-60. 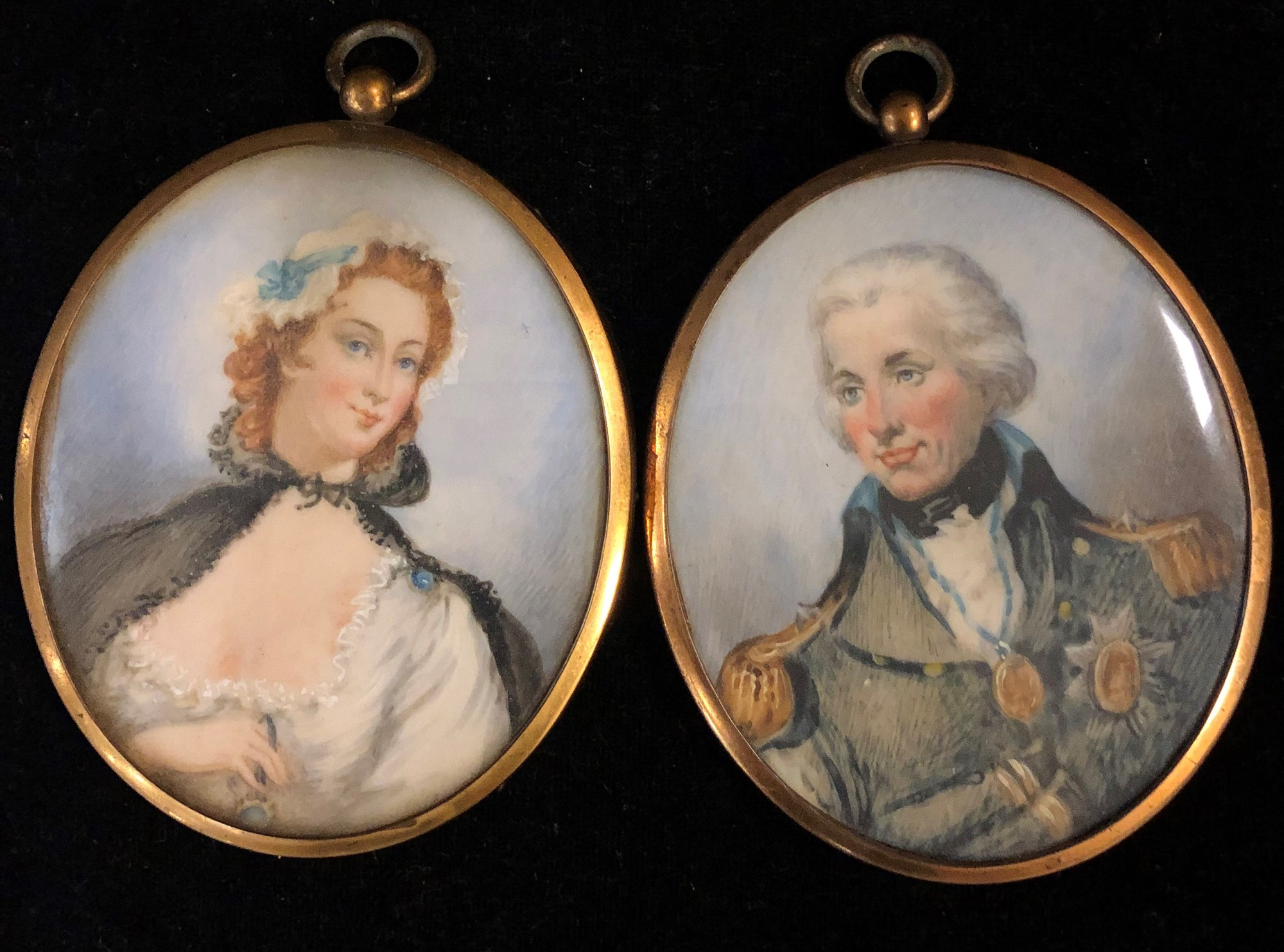 This isn’t the only portrait in Friday’s auction to illustrate an important figure of British history. This auction features a collection of handsome portrait miniatures. National naval hero Admiral Lord Nelson, who helped to secure Britain’s victory at the Battle of Trafalgar, is the subject of more than one portrait miniature. A singular portrait will be offered at lot 1775, whilst a second portrait miniature of Lord Nelson appears in lot 1746 paired with a companion piece, possibly depicting his rumoured mistress, Lady Hamilton. 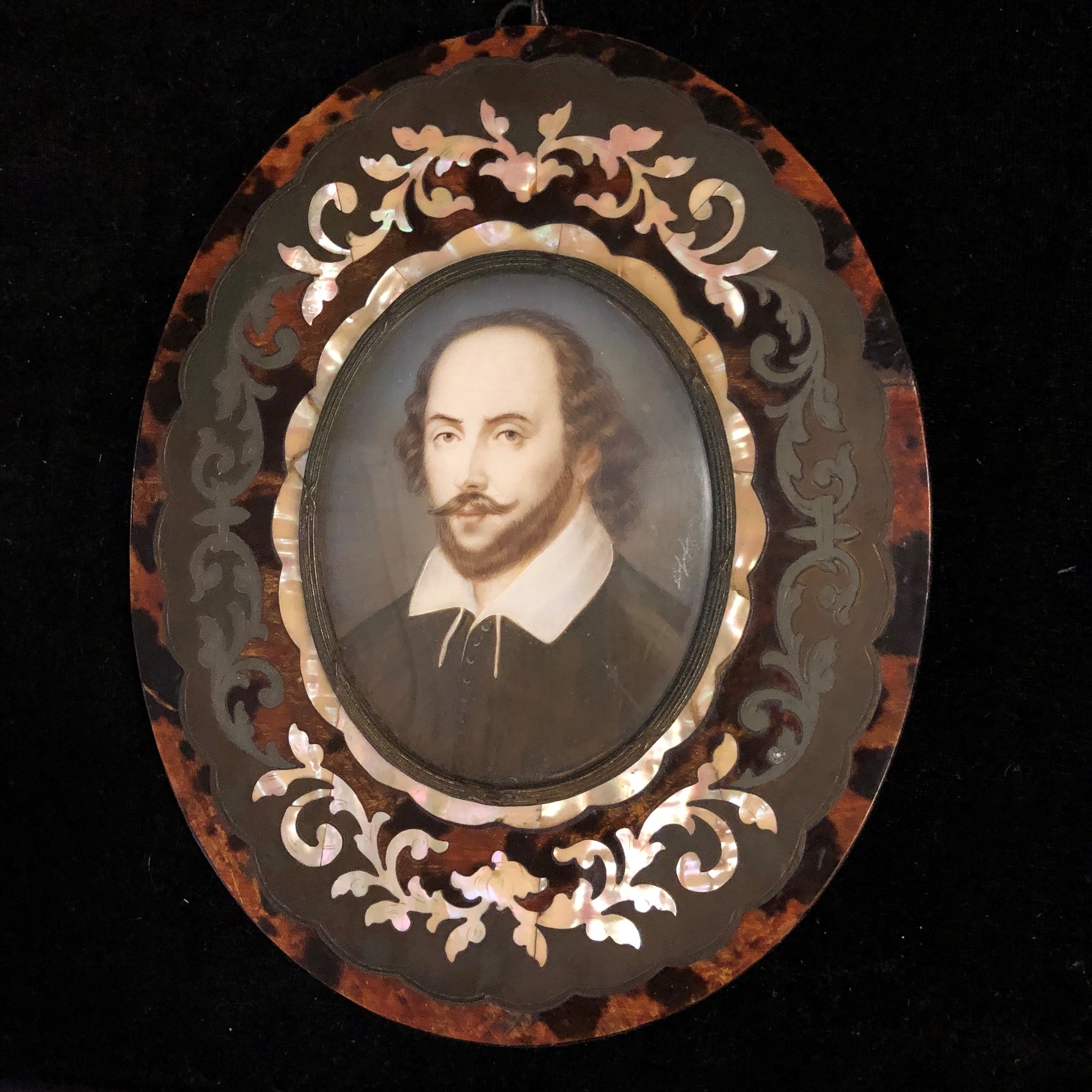 A miniature portrait of one of Britain’s best loved poets and playwrights, William Shakespeare, is offered at lot 1774. This dashing nineteenth century portrait comes complete within an ornate mother of pearl inlaid frame, and is estimated at £100-150.

Click here to view the full auction catalogue, including portrait miniatures and more. >>

Viewing for the Works of Art, Medals, Militaria & Furniture Auction is open now. Why not come along and view in person? McTear’s Café is open all day to serve breakfast and lunch, Italian coffees and speciality teas, along with soft and alcoholic drinks.