One of the world’s rarest whisky miniatures has been sold for £3,300 – three times its estimated value.
The 32-year-old Macallan, which was distilled in 1937 and bottled in 1969, was expected to fetch between £800 and £1000 at the McTear’s auction on 6 July, but when the bidding started it was clear that collectors across the globe were keen to get their hands on the rare dram. 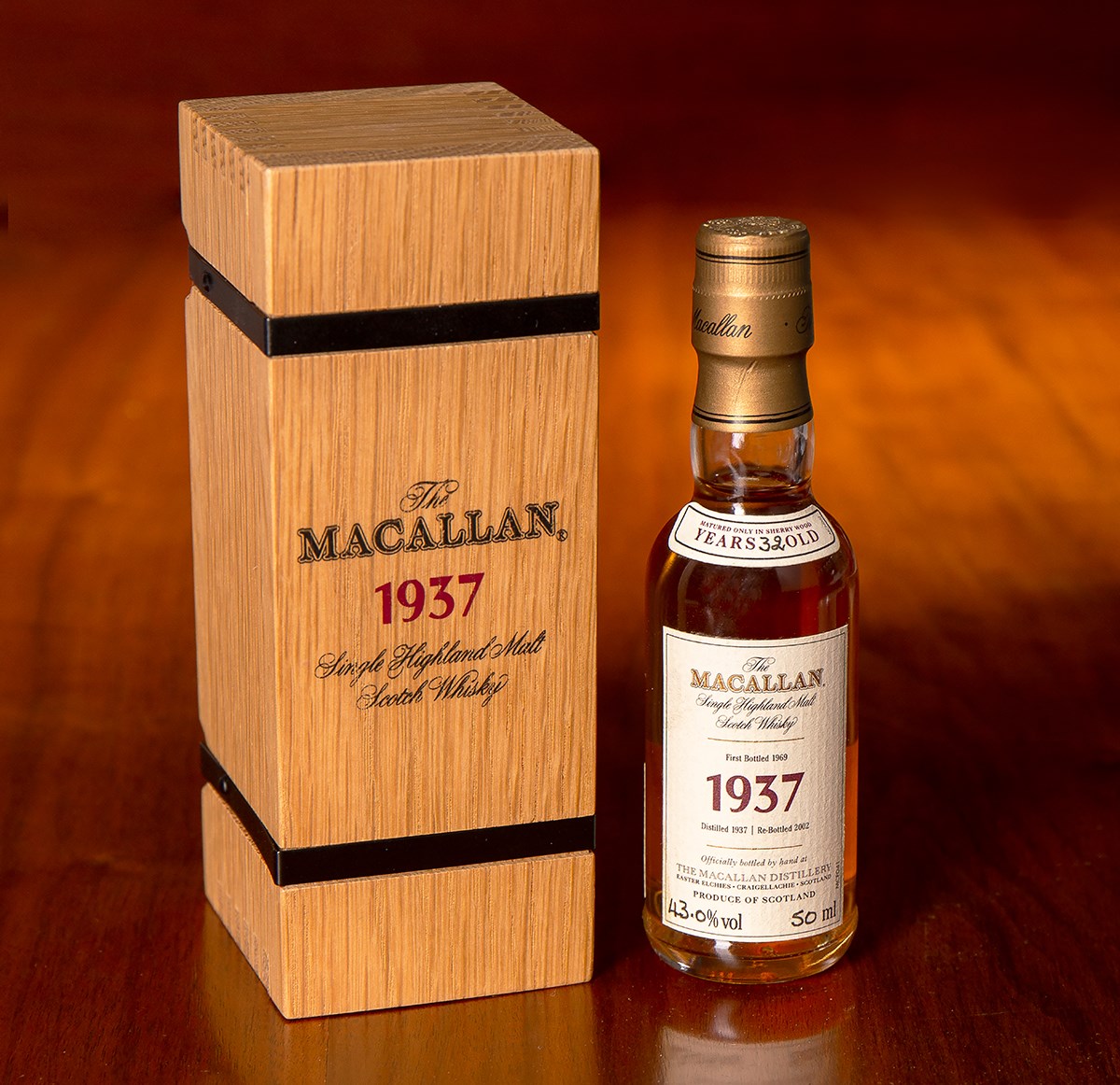 Commenting on the sale, McTear’s whisky expert, Graeme Maxwell, said: “We are delighted with the price achieved for the bottle. The Macallan 1937 Fine & Rare, which was rebottled in 2002, has never come to auction before so we knew it would attract a lot of interest.  It was an extremely lively auction and after some fierce bidding the lot was eventually sold online to a collector in Italy."
“The Fine & Rare series consists of bottles and miniatures of some of the oldest and rarest Macallan whiskies, with vintages ranging from 1926 up to 1991. This stunning miniature is one of the earliest available and proves quite clearly that good things definitely come in small packages.”
All the big name distilleries were represented in the July auction with fine examples of The Macallan, The Dalmore, Talisker, Highland Park and Bowmore going under the hammer.
Graeme added: “McTear’s has a reputation for selling some of the finest whiskies in the world and I am delighted to say that our July Rare and Collectable Whisky Auction has kept that reputation very firmly intact.”
Price above includes buyer’s commission and VAT thereon.
To view the full auction results, click here >>
Share this page