Yellow gold is back, on the catwalks, in the jewellers and even in interior design - from taps to mirrors and accessories. The prevailing metal of choice through the 1960s and 1970s, this vibrant and warm metal was often teamed with quartz in various colours. Very fashionable throughout these two decades were impressive dress rings set with large oval stones, usually citrine, smoky quartz or amethyst. The evening Jewellery Auction this Wednesday (April 25, 6pm) features many such rings. Team these up with this season’s bold floral prints and hippy inspired floaty outfits to complete your look. 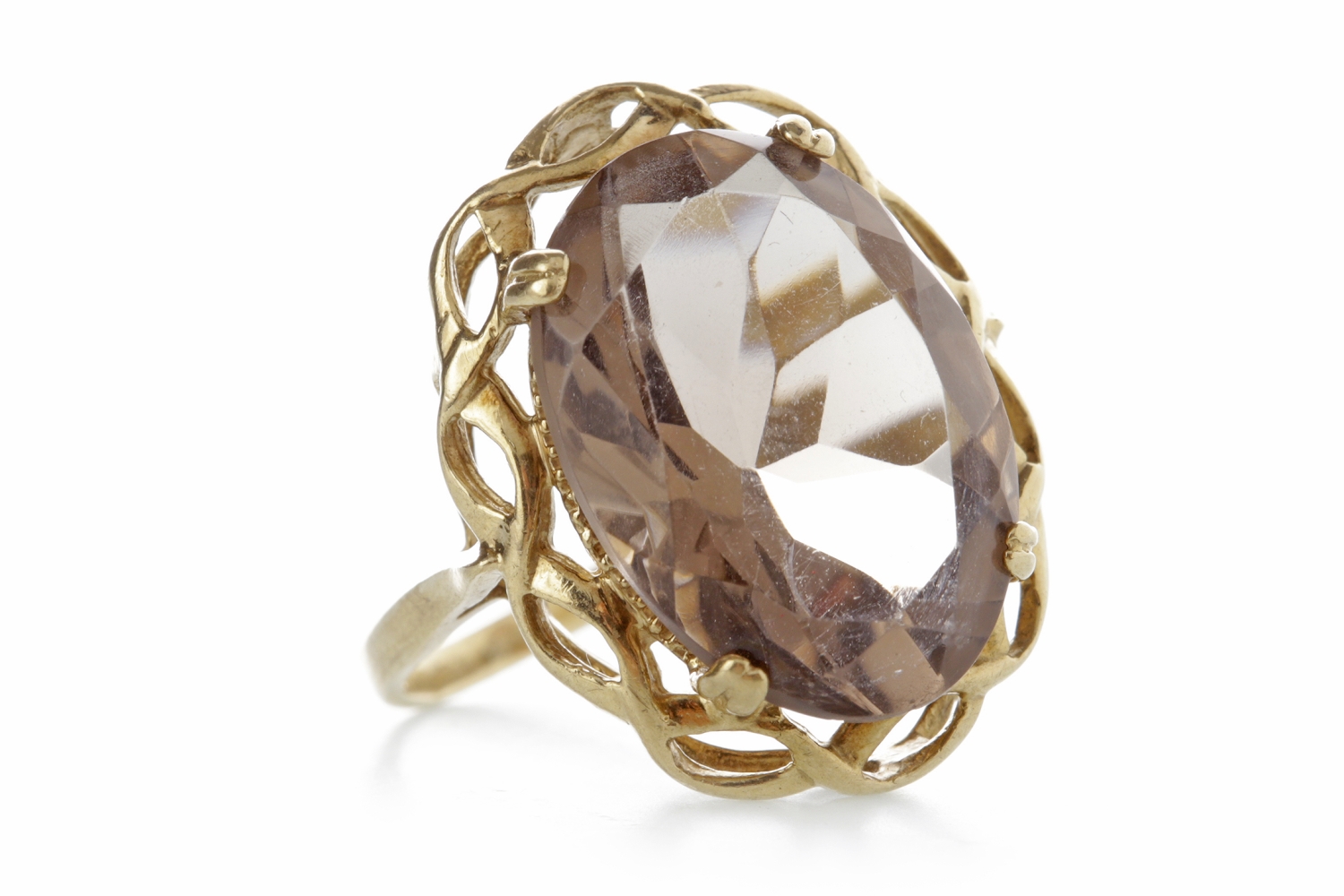 Quartz is the most abundant of the minerals and is found in a huge range of colours. Its name comes from the Greek krustallos meaning ice as the ancient Greeks believed that it was ice that would never melt as it was made by the gods. Occurring as crystals, from microscopic sizes up to those seven metres high, quartz is used for ornaments as well as jewellery and it is also used to keep watches in time in its synthetic form. Amethyst, quartz with purple body colour, is perhaps the most popular form of the mineral for jewellery. Citrine and rose quartz are also popular alongside smoky quartz which is the grey to brown form of the mineral. Quartz is often found in Victorian Scottish jewellery with smoky quartz often being referred to as ‘Cairngorm.’

To receive a free valuation for your jewellery click here>>