The King of Rock and Roll, Elvis Presley, was known for his adoration of luxury cars including the famous baby pink Cadillac. As Elvis’ popularity grew and he started to become a worldwide superstar, he began to add to his already impressive car collection and was drawn to one of the most coveted names in the motoring industry, Rolls Royce.

In the early 1960’s, Elvis purchased his very first Rolls Royce, a Phantom V. The slick midnight blue car mirrored The King with his famous jet black quiff making Elvis and his Phantom a match made in motoring heaven. Records show that the car was changed from midnight blue to a light silver blue colour as Elvis’ mothers’ chickens would peck away at their reflection in the car so a lighter colour was opted for so that the paint chips would be less noticeable!

Known for his generosity, Elvis’ donated the Phantom in 1968 to the SHARE charity which was later auctioned for $35,000. The commotion of Elvis’ Rolls Royce being put up for auction would later inspire a song by Leonard Cohen and Was (Not Was), aptly titled ‘Elvis’ Rolls Royce’. He would later go on to own multiple Rolls Royce’s in his lifetime, a nod to his love for the finest things in life.

Also known for his love of lavish outfits, especially belt buckles, The King took his love for Rolls Royce to another level when he commissioned his personal friend and jeweller, Harry Levitch, to make a belt buckle modelled on the famous Rolls Royce grill, complete with Spirit of Ecstasy figure. This was crafted in eighteen carat gold and incorporated every iconic detail. In a nod to The King, Gucci recreated this iconic belt, one of which McTear’s are pleased to offer in the 5 November Jewellery Auction. 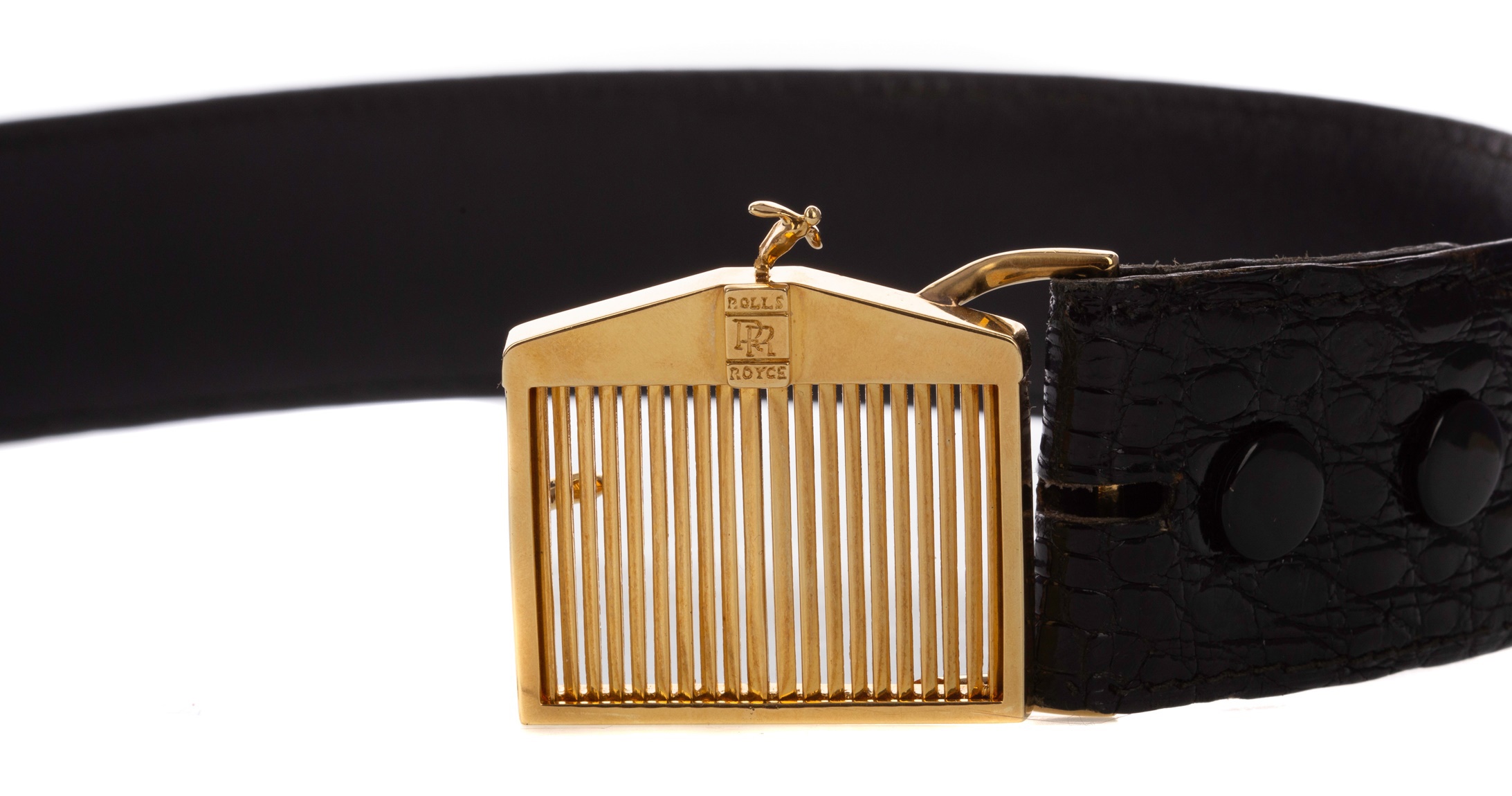 With an estimate of £1500 - £2000, this is the perfect accessory for the car fanatic in your life. You may not be able to surprise them with a Rolls Royce but a solid gold belt buckle could be the next best thing!