Roll up, Roll up

The whimsical tradition of the travelling funfair finds its origins in 11th century Europe, when festivals of food, drink and dance were often held to alleviate the drudgery of Medieval existence. By the 18th century, many such fairs had grown to encompass a vast range of attractions; from menageries to waxworks, and the very first fairground rides, the funfair had become a novel means of escapement for swathes of working-class attendants.

During the 19th century, this tradition was elaborated on, with rides in particularly developing from small wooden models pushed by gangs of youths to larger more vibrant ones powered by steam. The rich and colourful sights and sounds generated by such rides contributed to that idiosyncratic blend of the wonderful and the grotesque we often associate with the fairground; particularly when we consider such Victorian practices as the now-reprehensible freak show or bare-knuckle boxing bouts. 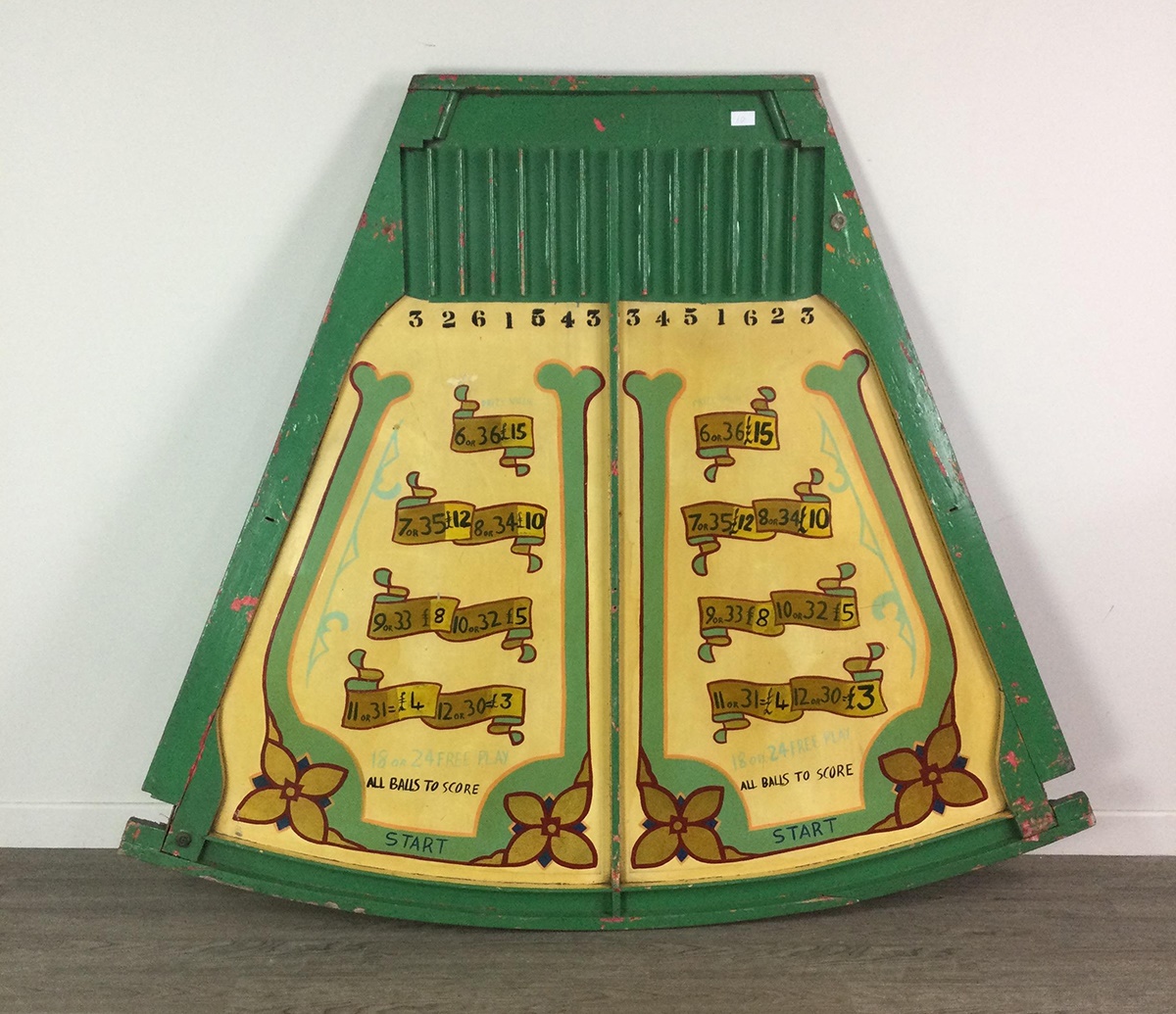 Moving into the modern era, the birth and rapid rise of the roller coaster can be seen as a marked move away from the ethics of Victorian Britain towards one of innovation and thrill, where speed is king and bigger is better.

Within our Works of Art auction this 16th December we ourselves are thrilled to bring you an impressive single vendor collection of funfair memorabilia, comprising 20 lots dating from the Victorian period to the late 20th century.

The earliest piece on offer is an unusual and grotesque mid-late 19th century carving of a child’s head. Modelled in the process of blowing, this piece would have likely adorned the front of a swing boat, and one can only imagine the feeling of awe fairground goers may have felt as this frightful fizzog swung back and forth.

Two further early pieces can be seen in lots 1139 and 1140, both being large games boards dating from the 1940s and 30s respectively. The dates are significant in that they fall around the same time as Walt Disney’s 1940 classic Pinocchio, wherein the now infamous ‘Pleasure Island’ scene sees groups of boys shipped to a funfair before being transformed into donkeys. Both board games involve tossing balls to win points and prizes, score 0 however and you’ll get hee-haw… 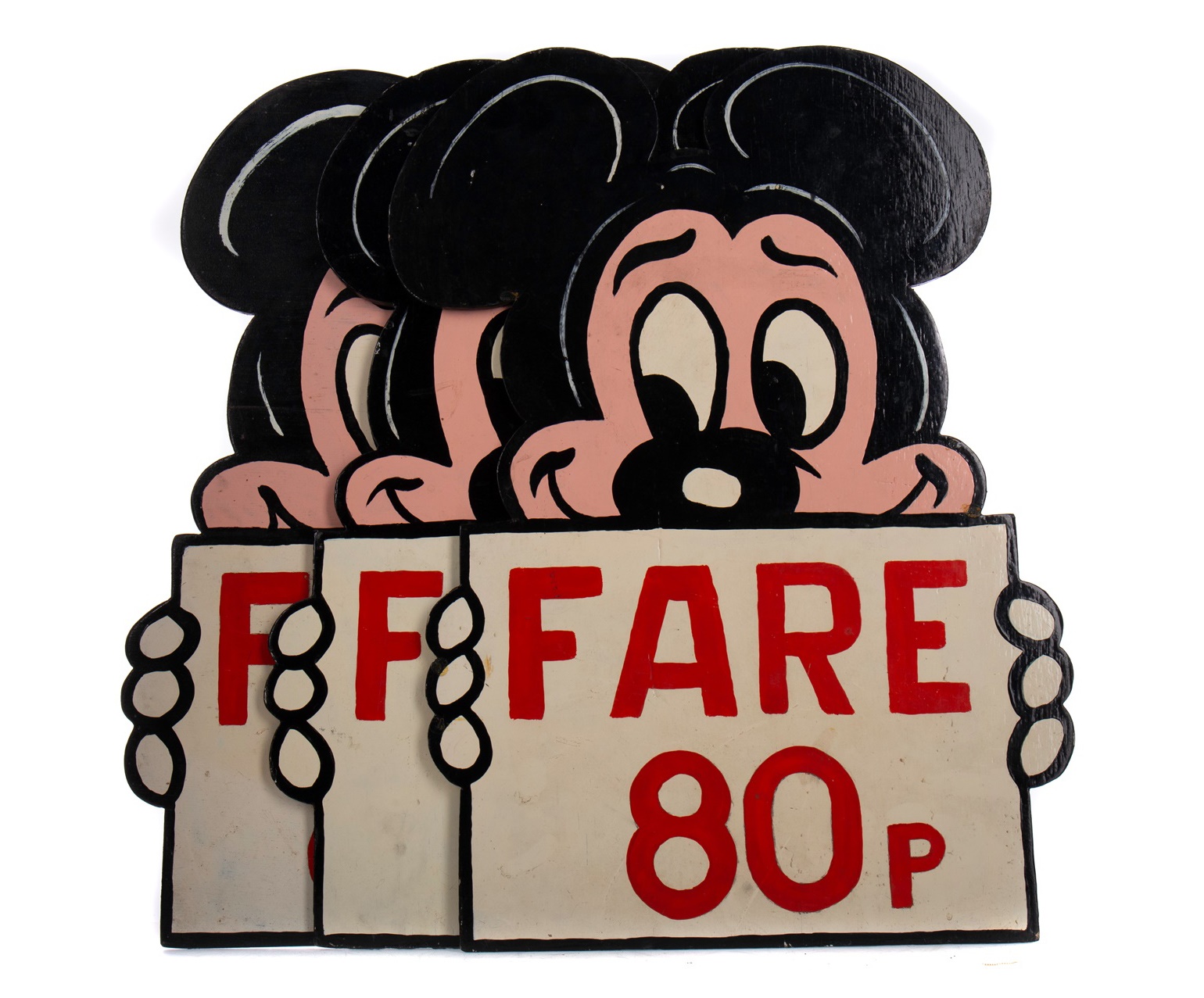 Two carousel seats modelled in the form of motorbikes will also feature (lots 1133 and 1141). Dating from the 1950s-70s, they stand as an interesting development and perhaps zeitgeist when compared with the more traditional merry-go-round horse.

So roll-up roll-up, take your seats and keep your hands and feet inside the ride at all times, unless of course you are bidding…