With the market for closed distillery whiskies ever on the increase, the Rosebank 1981 Rare Malts aged 20 years (lot 21) is an excellent opportunity to acquire a bottle from this lost gem of a distillery and is estimated to sell for £500-£600.

In 1993 production ceased as the distillery was mothballed. Nine years later in 2002 it was announced that it would be permanently closed. In 2009, all the distilling equipment was stolen by thieves who would have sold the metal on for scrap, so the building was left as an empty shell. 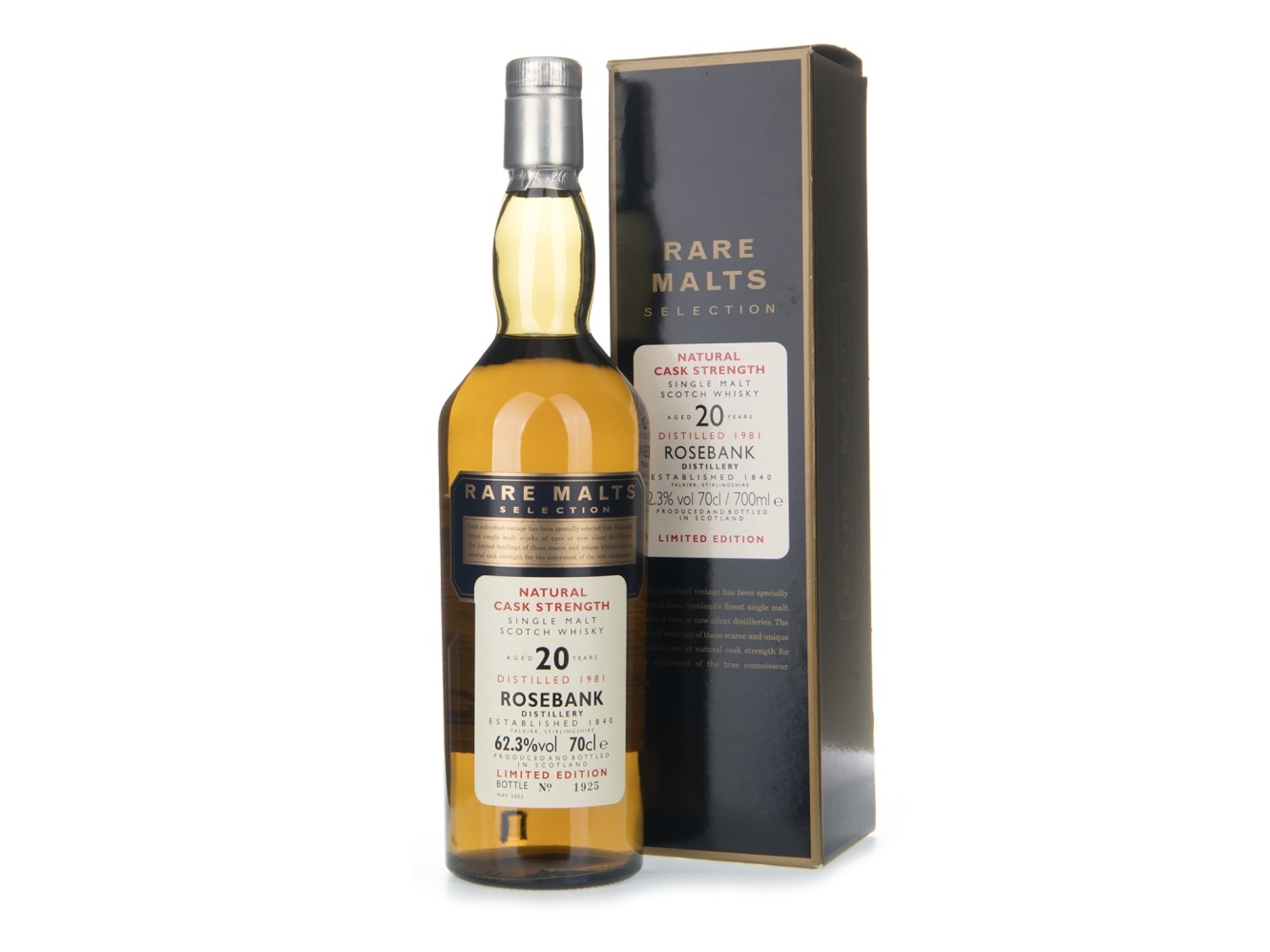 As demand for whisky globally has increased dramatically over the past decade, a number of new distilleries have been set up and closed distilleries to be reopened to deal with demand. In 2017 it was announced that Ian McLeod Distillers had bought the Rosebank name and site, and are hoping to have spirit running from the stills by the end of this year.

Along with this Rare Malts bottling, there is also the 1989 distillation in lot 8, bottled by Gordon & MacPhail under their Connoisseurs’ Choice range, for those seeking out bottles from this closed, but soon to be reawakened distillery.