Sailing into the spotlight

Sailing into the spotlight in July’s Silver Auction come two iconic ships: a man-of-war and the H.M.S Victory herself. Modelled in silver and dating from the mid-twentieth century, the larger of the two stands a dramatic 81cm tall and 100cm wide, commanding attention from all angles. Intricate detailing of cannons, captain’s cabins, decorative bowsprits and billowing sails adorn the ships, each model a masterful feat of silversmithing.

The smaller, but by no means less impressive, of the models is the ‘man-of-war.’ The name (contrary to the usual convention by which all ships are gendered feminine) describes a line of battleship on which heavily armed soldiers were deployed. A ship full of ‘men-of-war’ was termed a ‘man-of-war ship’, which eventually shortened to a man-of-war. This style of ship was first developed in Portugal during the early fifteenth century, from a design by English naval commander Sir John Hawkins. 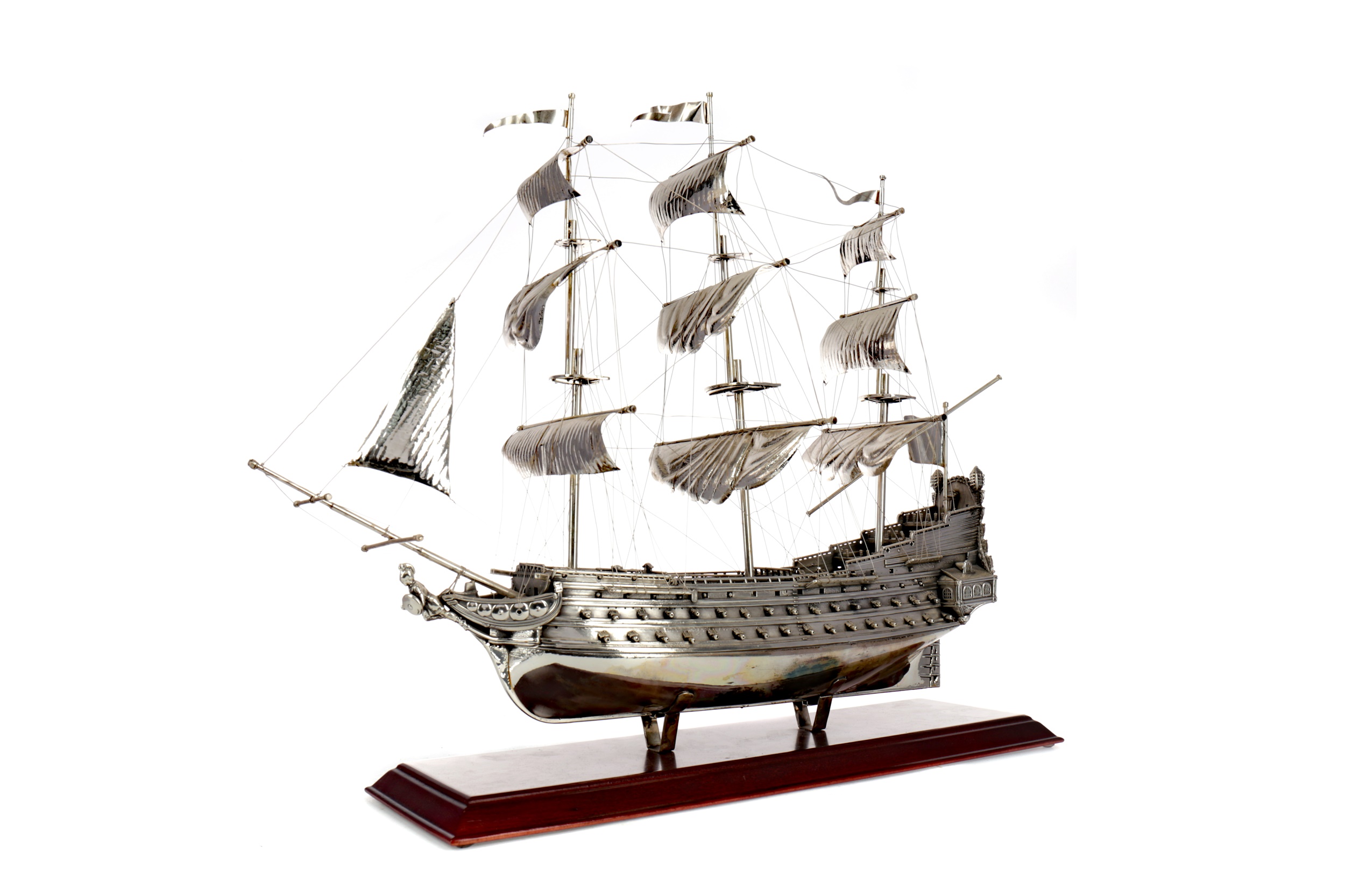 The majestic H.M.S Victory, the big sister of the two lots, was a first-rate ship of the line of Royal Navy, sporting one hundred and four guns and a crew of eight hundred and twenty-one men. She is best known as Admiral Lord Nelson’s flagship at the Battle of Trafalgar. The H.M.S Victory was ordered in 1758, laid down in 1759 and launched in 1765; she is an iconic vessel in British naval history. This solid silver model would be a crowning jewel in any maritime collection or, indeed, sailing into any dinner conversation!

To discover the value of a rare or quirky treasure of your own, email photographs to auction@mctears.co.uk or call our Specialists now on 0141 810 2880.