After enjoying a successful career in Scotland, by 1903 Henry had moved to London, and set up a studio in the heart of artistic Chelsea. His studio at 26 Glebe Place was a mere 10 minute walk away from his lodgings at 89 Sydney Street which he shared with Mr and Mrs Minty and their four children. A member of the Chelsea Art Club and a Royal Academician, Henry was part of an influential artistic circle and it was here he became an established society portraitist. 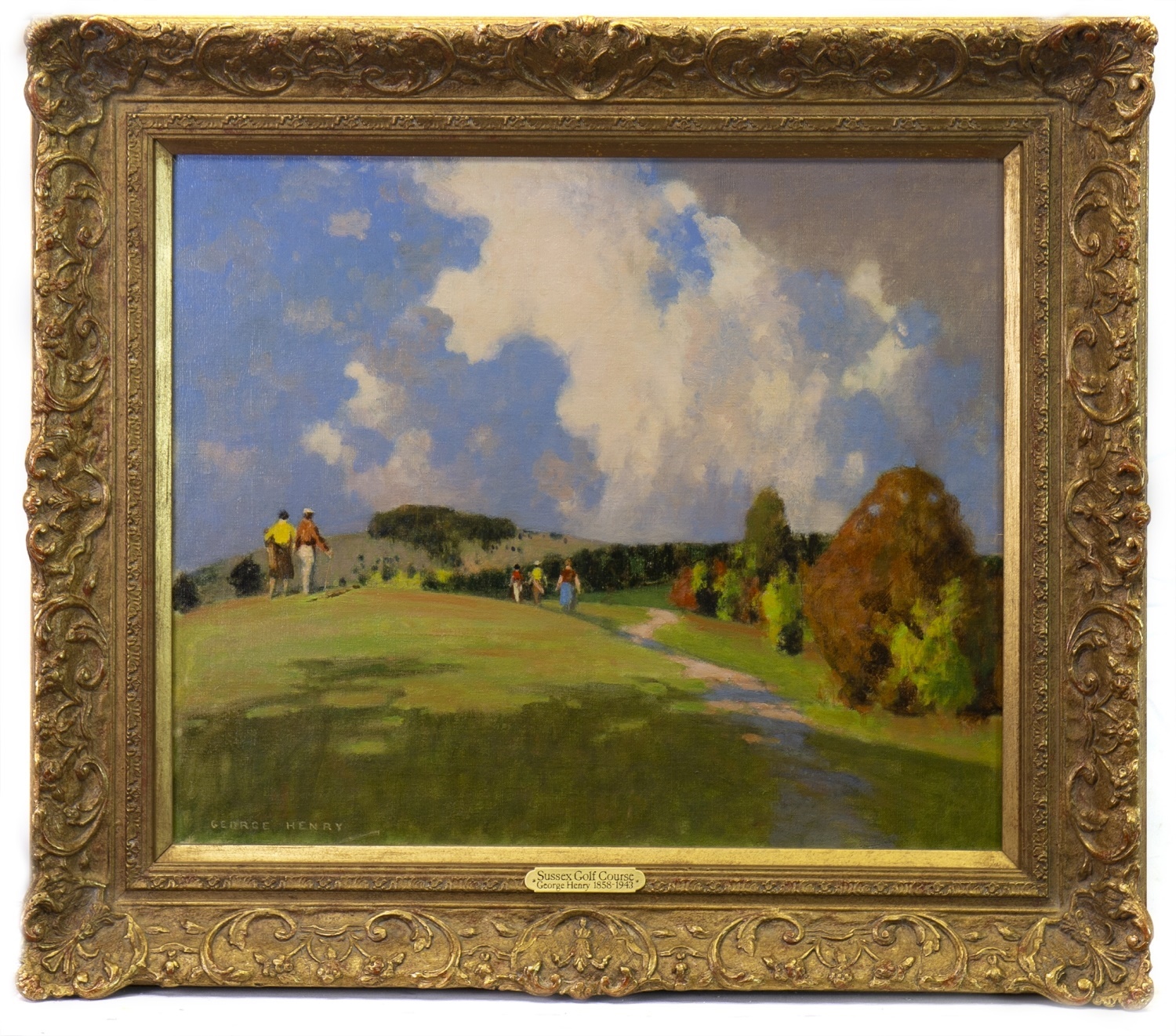 London’s close proximity to picturesque green landscapes saw Henry return time and time again to capture the natural beauty of the South of England, and lot 122 in the British and International Pictures Auction demonstrates the artist’s love for the county’s quiet beauty.

By this point in his career, Henry’s work became less experimental, tending towards more conventional pastoral scenes, many of which depicted gentle rolling landscapes, dotted with trees, figures and livestock set against brilliant blue skies. Although not dated, it’s likely this piece was painted in the 1930s as part of Henry’s series of paintings in and around Sussex. Henry’s strong sense of colour continued to characterise his work and this is a fine example of landscapes painted in the latter half of his artistic career.