Like his fellow Scottish Colourists, John Duncan Fergusson frequented Paris and was inspired by French art throughout his life. It is no surprise then, that a large number of his artworks feature the Parisian scenes that he was surrounded by during his various sojourns in the city. A master of many mediums, Fergusson worked in watercolours, oils, charcoals and even sculpture. 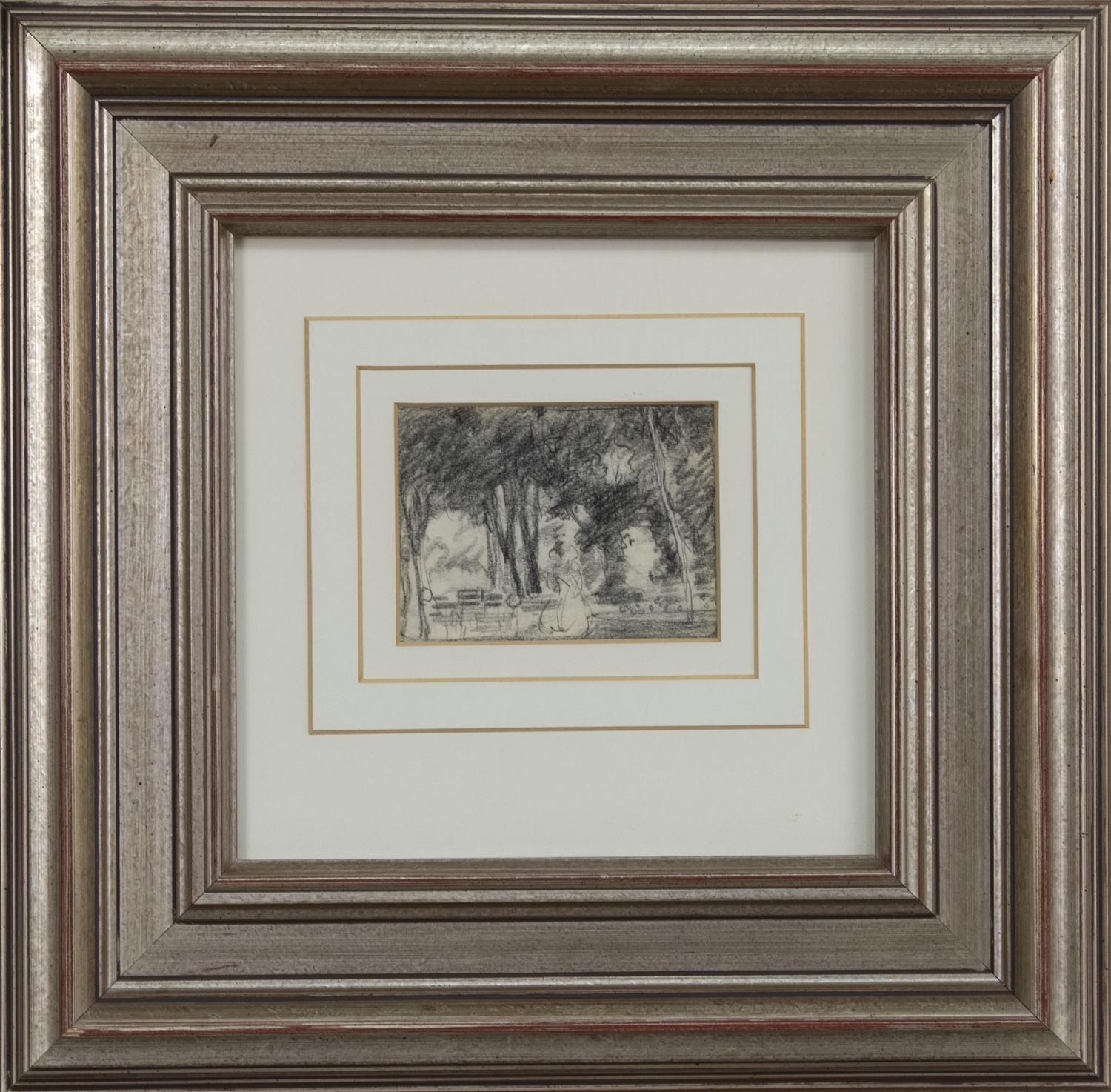 The popular Jardin du Luxembourg, or Luxembourg Gardens, is known for being a peaceful green space amongst the hustle and bustle of Paris; the serene park is the focus of a number of sketches and paintings by Fergusson, and it is clear that the artist spent a fair amount of time visiting these gardens during his various habitations of the city. Lot 287 in the 20 July British & International Pictures Auction features one such crayon sketch of the peaceful gardens, with lush trees and figures strolling through the garden paths.

Fergusson truly thrived when he was living in Paris, where he thrived in the artistic setting, and was able to mingle with great artists of the day, such as Picasso and Matisse. His love for Paris can be seen in his artistic output from the city, and although he was born and died in Scotland, Fergusson’s time in France truly shaped who he was an artist.