The September birthstone of sapphire is said to protect its owner from harm and envy, according to the Romans. Clerics during the Middle Ages wore blue sapphires which they believed represented Heaven, while the Ancient Persians believed that the world rested on a huge blue sapphire which made the sky blue.

Sapphires have long been associated with royalty, often featuring in the crowns, jewellery and sceptres of Kings and Queens across the world. St Edward’s sapphire is an octagonal rose cut sapphire which features in the Imperial State Crown and is the oldest gemstone in the Royal Crown Jewels collection. It is thought to have originally belonged to Edward the Confessor, dating to his coronation in 1042. When the stone came into Queen Victoria’s possession, she had it mounted at the centre of the cross on the top of her crown which is where it remains today. 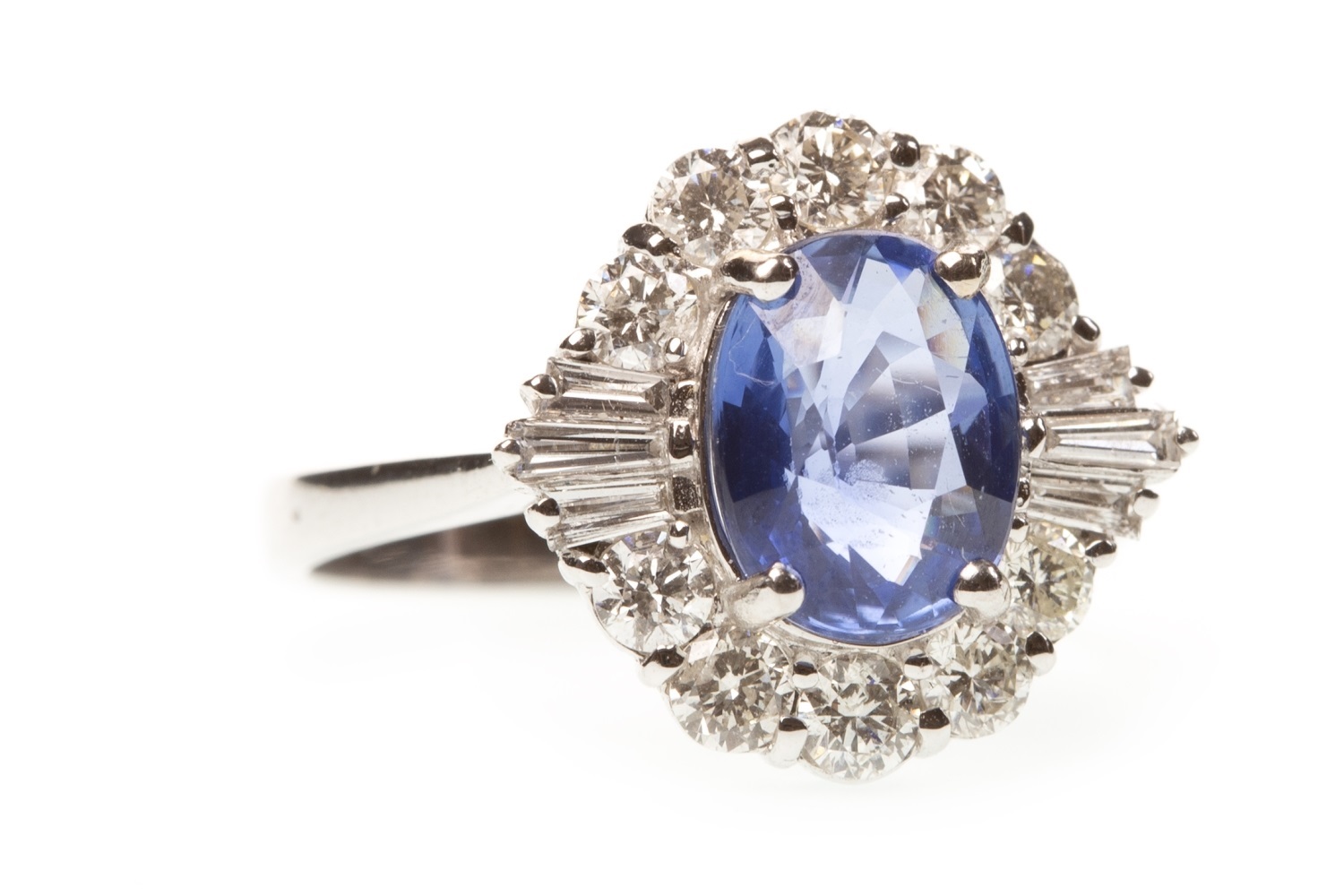 Unfortunately there are no 11th century sapphires in The Jewellery Auction on 22 September, however there are some magnificent modern examples. Lot 99 is a sapphire and diamond cluster ring. The round and baguette cut diamond halo puts a modern twist on this classic cluster ring. Estimate £1800-2500. 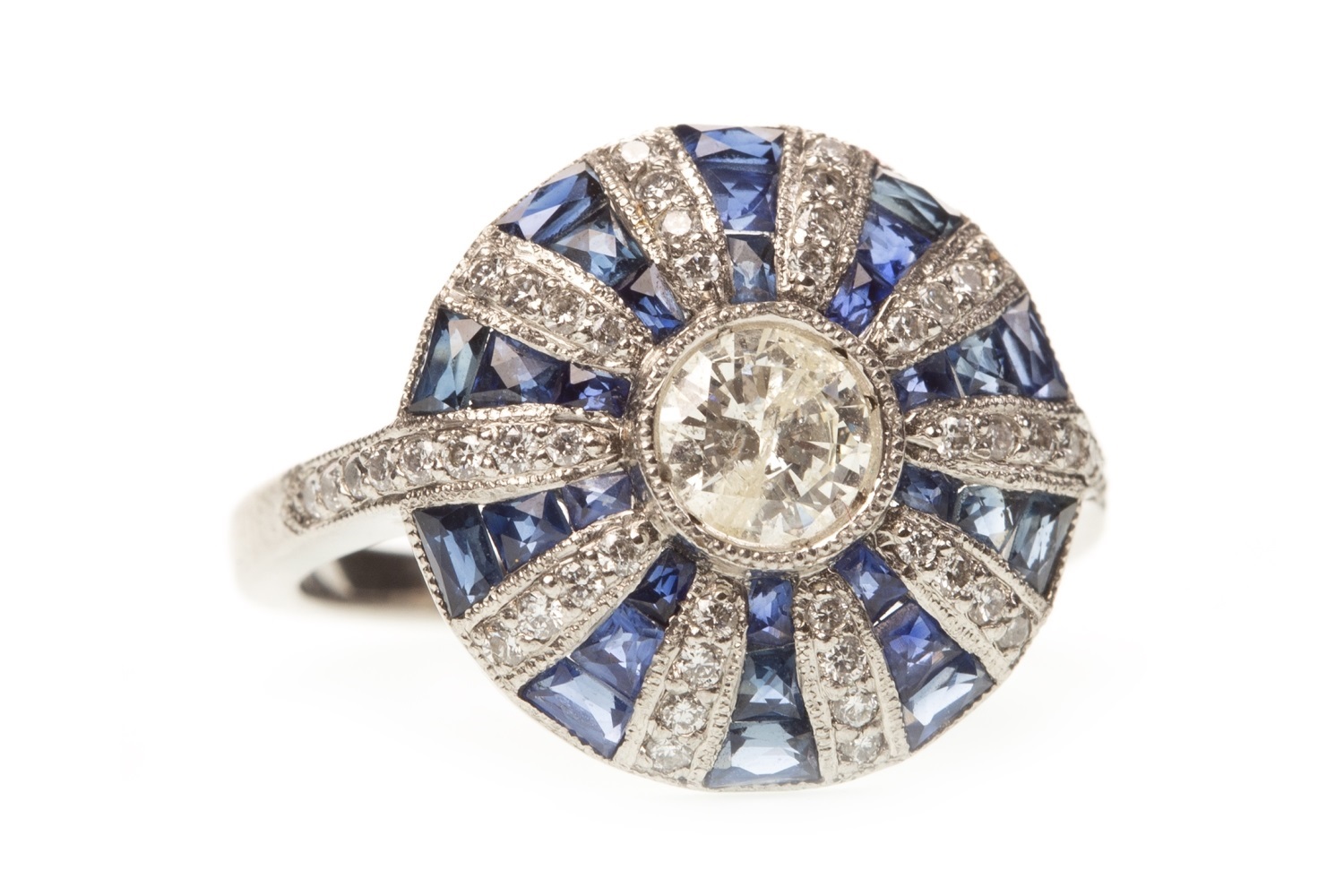 Lot 136 is an unusual sapphire and diamond ring with a central diamond surrounded by alternating sections. Estimate £1800-2500.

The sapphires in this auction may not protect you from envy (hopefully the opposite!) but certainly are heavenly. Viewing for these lots and over 260 others commences at 10am on Thursday 19 September at 10am.