The 32-year-old Macallan, which was distilled in 1937 and bottled in 1969, is expected to fetch between £800 and £1200 when it goes under the hammer at McTears on 6 July, making it one of the most desirable drams in existence.

Commenting on the sale, McTear’s whisky expert, Graeme Maxwell, said: “The Macallan 1937 Fine & Rare, which was rebottled in 2002, has never come to auction before so we believe it will attract a lot of interest." 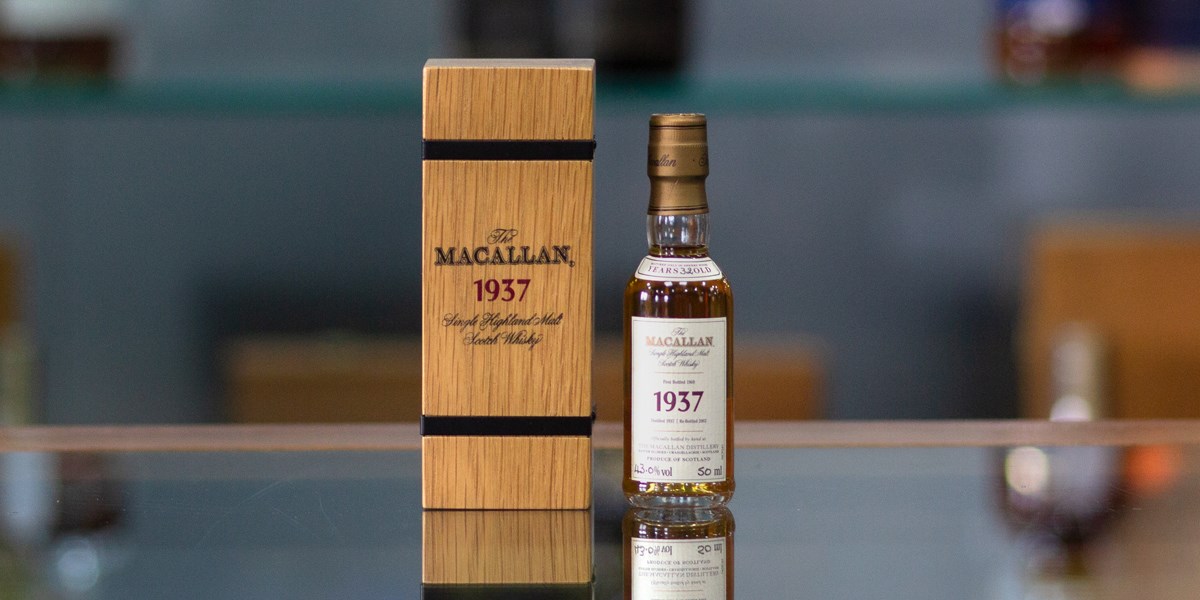 “The Fine & Rare series consists of bottles and miniatures of some of the oldest and rarest Macallan whiskies, with vintages ranging from 1926 up to 1991.  This stunning miniature is one of the earliest available and proves quite clearly that good things definitely come in small packages.”

All the big name distilleries will be represented in the July auction with fine examples of The Macallan, The Dalmore, Talisker, Highland Park and Bowmore going under the hammer.  Highlights in the sale include the Springbank Door Gods - consisting of three single cask bottlings from the Campbeltown distillery - which are estimated to fetch between £1,500 and £2,500, the legendary Bowmore Bicentenary at 2,000 to £3,000, and a Macallan 30 years old which could fetch £4,000.

Graeme added: “McTears has a reputation for selling some of the finest whiskies in the world and I am delighted to say that our next Rare and Collectable Whisky Auction will keep that reputation very firmly intact.”