‘Skill is Fundamental’: A Focus on Stuart Devlin

"I hope that my work reflects four maxims:

That future is much more important than the past

That creativity is paramount

That skill is fundamental

From clocks to coins; furniture to jewellery: Stuart Devlin (1931 - 2018) designed works across all genres. An esteemed silver and goldsmith with an illustrious career, Devlin became well known for his modernist, highly stylish works of art. Throughout his career, he put his name to such high profile patrons as the Ford of Britain, and Her Royal Majesty, Queen Elizabeth II, given the Royal Warrant of Appointment as Goldsmith and Jeweler in 1982. He studied internationally, across Australia, America and the UK; in London he received the Harkness Fellowship from the Commonwealth fund, precipitating the success of his career. After winning a competition to design the first decimal coinage for Australia in 1964, his fame accelerated and he established a workshop in London, where he lived and worked for most of his life.

Coming to the Silver Auction in September is a selection of Stuart Devlin’s works, each one demonstrative of his prowess and flair in silver and goldsmithing:

LOT 460: A PAIR OF STUART DEVLIN SILVER GILT CUFFLINKS ALONG WITH A MATCHED LETTER OPENER

The incredibly intricate detailing of this set speaks to Devlin’s skill in working fine metals. Stylish and modernistic, these cufflinks and matched letter opener make handsome accessories for the professional, working gentleman or lady.

This gorgeous ring features an inner-band of yellow gold, the metal finely modelled as people, overlapped and linking, within an outer band of white gold. As well as showcasing his craftsmanship, it makes a humanist statement, characteristic of his artistic ethos. 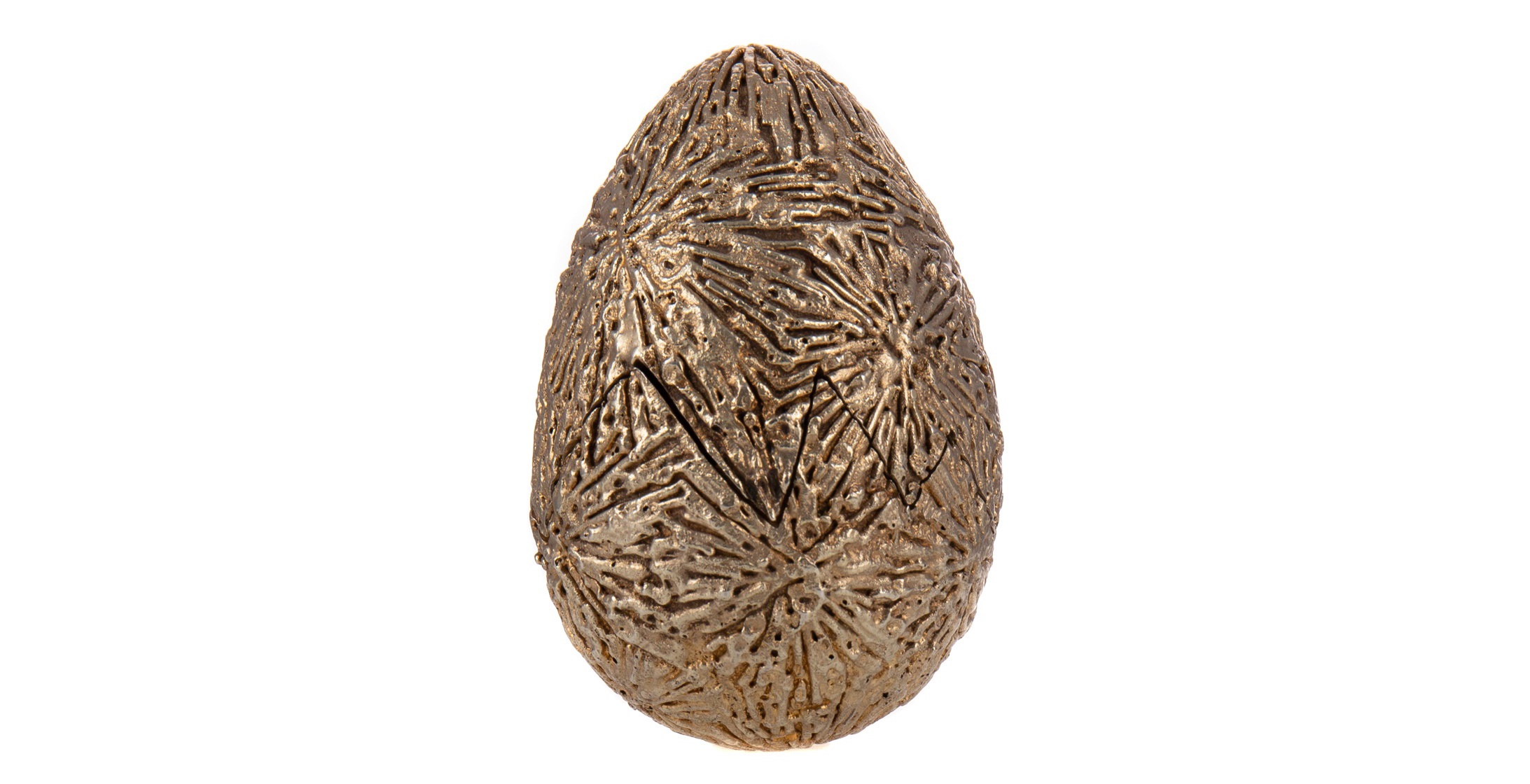 Always looking to the future, Stuart Devlin worked out of the box, producing unique pieces throughout his career. His easter eggs were popular, constituting some stylish fun and flair in his oeuvre.

A caryatid is a feature in classical architecture, referring to a stone carving of a female figure which acts as a base to support the entablature of Greco-Roman style buildings. This piece is structural and conceptual, the spokes modelled as interlinking figures standing on the central band, mirrored on either side; a humanistic, modern commentary consistently underpins his works.

These impressive pieces will go under the hammer on the 29 September at Mctear’s Auctioneers: an enrichment to any collection, with a lifetime of skill at their foundation.

To discover the value of a rare or quirky treasure of your own, email photographs to auction@mctears.co.uk or call our Specialists now on 0141 810 2880.