December’s Rare & Collectable Whisky Auction at McTear’s was another huge success, with 350 lots going under the hammer. Furthermore, vendors were delighted to see every lot selling (on average) for just under high-estimate and for an average hammer price of £430, underlining McTear’s reputation for hosting the most prestigious whisky auction in Scotland. For the fourth auction in a row Black Bowmore performed spectacularly well, selling for £8000 to a London-based collector. With another Black Bowmore already consigned to the January auction, enthusiasts will be keeping a close eye to see if its surge in value will continue into 2018. 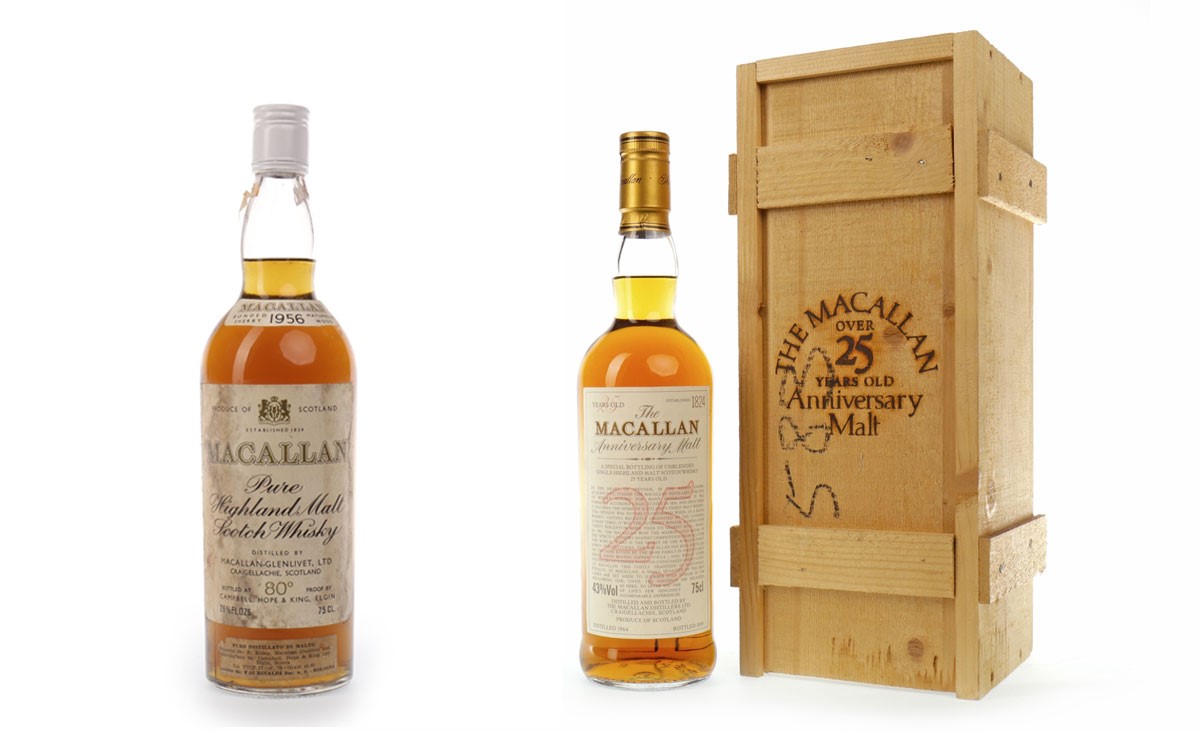 A number of lots which exceeded pre-sale estimates were Macallan – it would appear that its increase in value over the last few months continues to take our valuers by surprise! Standout performers include the two bottles of Gordon & MacPhail 1937, which sold for £2600 and £2800. The 1956 vintage in Lot 1121 sold for £3600, £600 over the high estimate figure. This was great news for the vendor, who actually purchased the bottle at McTear’s over a decade ago for only a few hundred pounds! December’s auction featured five Macallan Anniversary Malts, with Lot 1277 reaching an astonishing hammer price of £3200.

Other highlights include the Brora 1970 Old & Rare selling for its high estimate figure of £2200, and heavily-sherried bottlings of Springbank and Laphroaig selling for £2400 and £1900 respectively.