It is not often that a miniature gets the whisky department excited at McTear’s, but lot 1036 in the upcoming Rare & Collectable Whisky auction is something a little special.

Distilled in the year the Second World War broke out, and bottled in 1969, the year of the legendary Woodstock festival, this miniature Macallan 1937 Fine & Rare 32 year old was then rebottled in 2002. It is a miniature which has not come up at auction before on its own, and is set to generate plenty of interest. 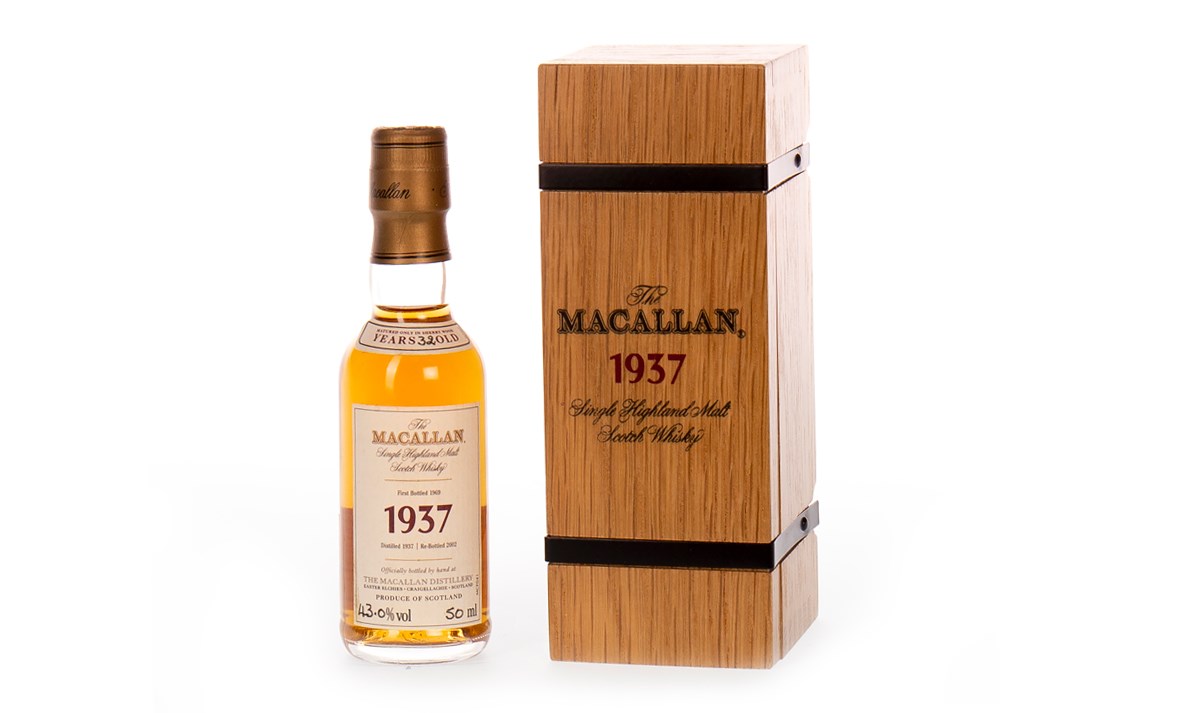 The Macallan Fine & Rare series consists of bottles and miniatures of some of the oldest and rarest Macallan whiskies around, with numerous bottles made up of old bottlings which have then rebottled and presented in stunning wooden boxes with metal clips to hold them shut.

With vintages ranging from 1926 up to 1991 in the Fine & Rare series, this miniature is one of the earliest available, estimated to sell for £800–£1200, this little gem shows that sometimes it’s the smallest things that can have the biggest impact.