Something to write home about …

This little babe is certainly amongst the tiniest of lots in The Silver Auction, but it’s by no means the least interesting.

Perhaps surprising given its microscopic size, this is in fact a propelling pencil in the form of a baby, by Sampson Mordan & Co. As the inventor of the first mechanical pencil, Mordan’s company went on produce a wide range of weird and wonderful variants on his formative creation, including the above example which is featured as lot 859 in our upcoming Silver auction (30 January). 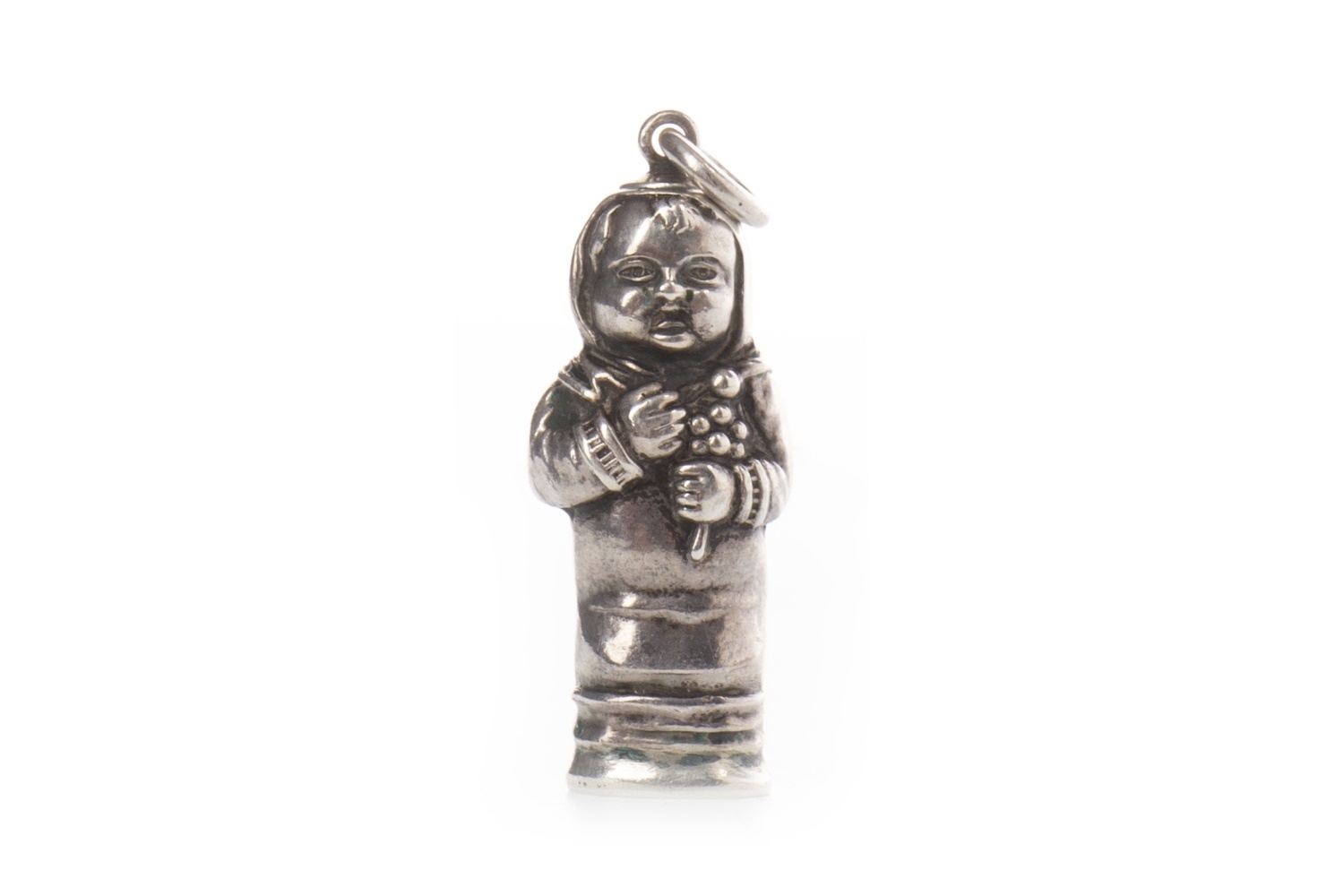 Of course, we at McTear’s are no strangers to the company’s fanciful designs, having previously sold such examples as a propelling pencil in the form of a police ‘Bullseye’ lantern (hammer £170), as well as a set of four menu stands modelled as owls (hammer £440).

Whilst emblematic of Mordan’s innovative creations, lot 859 also exudes the sense of playful novelty so characteristic of the Victorian period. With an attractive estimate of £100-200, this cheeky chappy is certainly nothing to be bawled at, so make sure to make your way down to McTear’s for what promises to be another smashing silver sale!

Do you have silver you would like to sell at auction? Perhaps a Georgian piece, or something from the Victorian era? For a free no-obligation auction valuation, pop into McTear’s Monday-Friday this week, or email hannahmurphy@mctears.co.uk