Although perhaps less of a household name than brands such as Rolex, Audemars Piguet produce some of the most coveted and respected luxury timepieces available today. The Royal Oak is their most successful design concept to date.

Conceived by designer Gerald Genta for the brand in 1970 this was seen as a brave, bold departure from not only the brand’s usual look but the look of watches to date in general. An eventual huge success, iterations of the form are still produced today, the iconic octagonal screw bezel synonymous with the brand name. 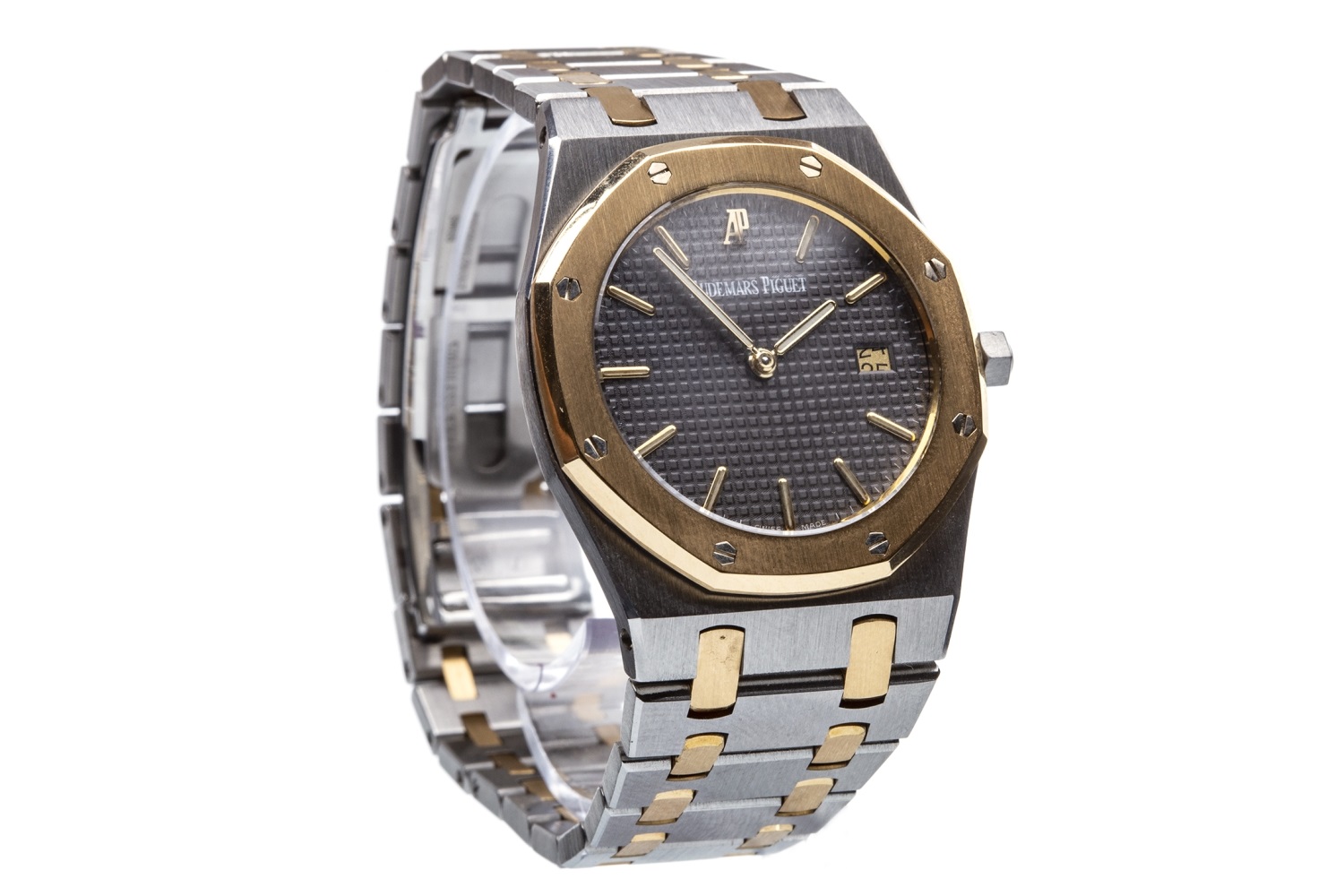 Lot 751 is one such watch, a quartz example in the ever fashionable bi metal. This was gifted to young pianist Julian Evans whose path to success was punctuated by the event as recognition of his stature within the performing community at the time, at a notably young age.

A director of Audemars Piguet in Germany presented Evans with the watch to wear in a television performance and became a firm fan of his performances. One of note was for the European Space Agency relating to the launch of the satellite Ariane 5 into space. The brand then became the main sponsor of Evans’ work throughout his early career. McTear’s are pleased to present such a fine and wearable, watch with a great story to tell.