‘Sure as the Sunrise’

A Rare Archive of Glasgow’s Albion Motors comes to Auction

Praised by Princess Margaret as having made ‘a splendid contribution to the nation’s exports’ during her inauguration of a £2,000,000 extension of the Works in 1966, Albion Motors had grown to become one of Britain’s flagship automotive brands, starting with the export of an 8 H.P. dog-cart to Malaya in 1901 and by the time of the royal visit exporting hundreds of lorries at a time. 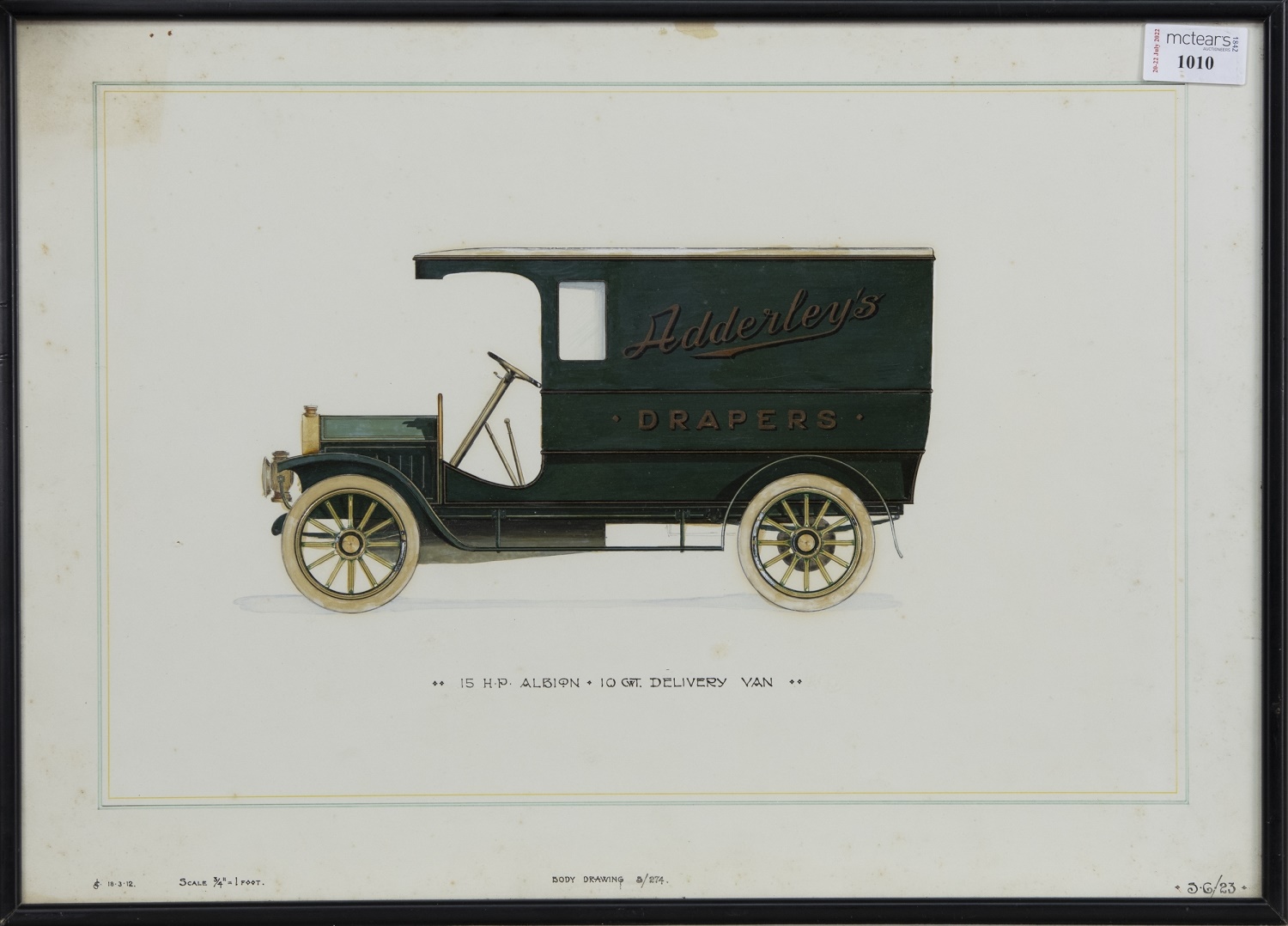 The advent of WWI changed the trajectory of Albion with a focus necessitated by the conflict leading to production of heavy-duty lorries which continued into the highly successful Valkryie, Venturer and Victor buses, making Albion a market-leader in the manufacture of logistic and public transport vehicles.  While the Albion name was dropped following their purchase by British Leyland, this legacy remains with locations as far-flung as Fiji still running Albion busses almost exclusively while a Viking EVK remains preserved and on display by the Kowloon Motor Bus Co. of Hong Kong.

However, the halcyon days of this Scotstoun firm came in the pre-war era when producing high quality passenger cars and domestic delivery vans to cater to an exciting and rapidly developing market mirroring Henry Ford’s efforts with the Model-T across the Atlantic.  It is these glory days that this special and rare archive brings to life with a fine selection of exquisitely detailed watercolour schematics drawn to scale by highly talented artists known to us only by the monograms they signed with.

Many brands iconic both to Glasgow and Britain are represented including the Glasgow Herald and Evening Times newspapers, Malcolm Campbell City Florists of St. Vincent St and McVitie & Price Digestive Biscuits, all being drawn with painstaking attention to detail and wonderfully coloured liveries, many additionally annotated with technical notes which will prove to be of much interest to Albion and wider automotive historians. 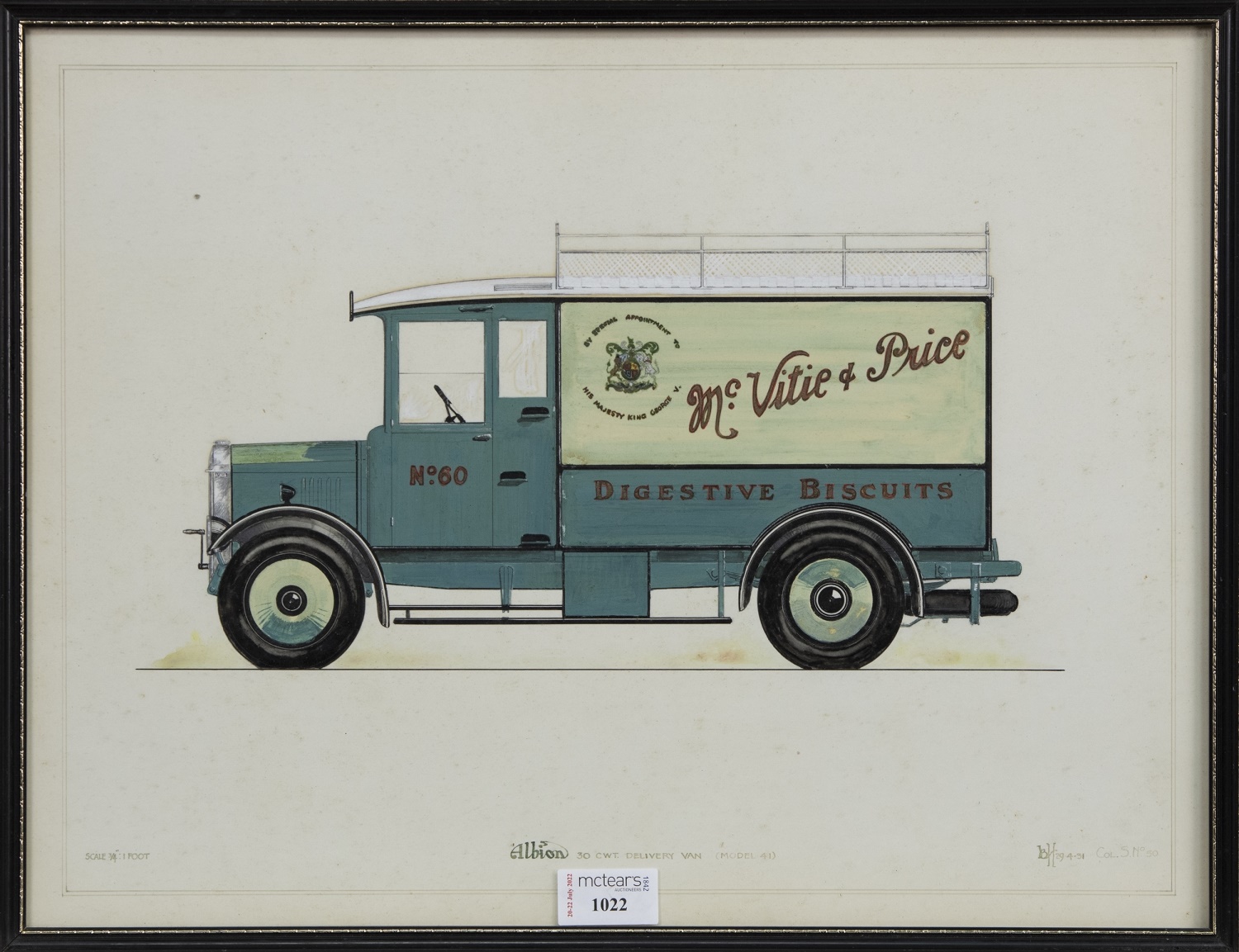 Both vintage motoring and advertising have keen followings at auction so stiff competition is expected for these drawings which fulfil the criteria for both groups of collectors as well as being of local and Scottish interest as well as fine decorative objects in themselves which would compliment any interior or home office.

Join us on 21 July for an exciting Toys, Model Engines & Pop Culture auction which will feature this superb archive alongside an excellent selection of scratch built locomotives, stationary engines, model railway and automobiles, pop culture icons and a private collection of dolls.