Swanston Farm | An Etching by a Master Printmaker

Winter is ever so slowly catching up to us, and it won’t be long before scenes such as the one depicted in lot 437 have us cosying up in front of the fire as the cold air begins to bite.

Like the generation of printmakers before him, William Wilson (1905-1972) made a unique contribution to Scottish printmaking. Whilst James McBey (1883-1959), D Y Cameron (1865 – 1945) and Muirhead Bone (1876-1953) were primarily concerned with capturing the landscape as it was, Wilson focused on very tonal and angular depictions of architectural subjects, which were rich in atmosphere and draughtsmanship. 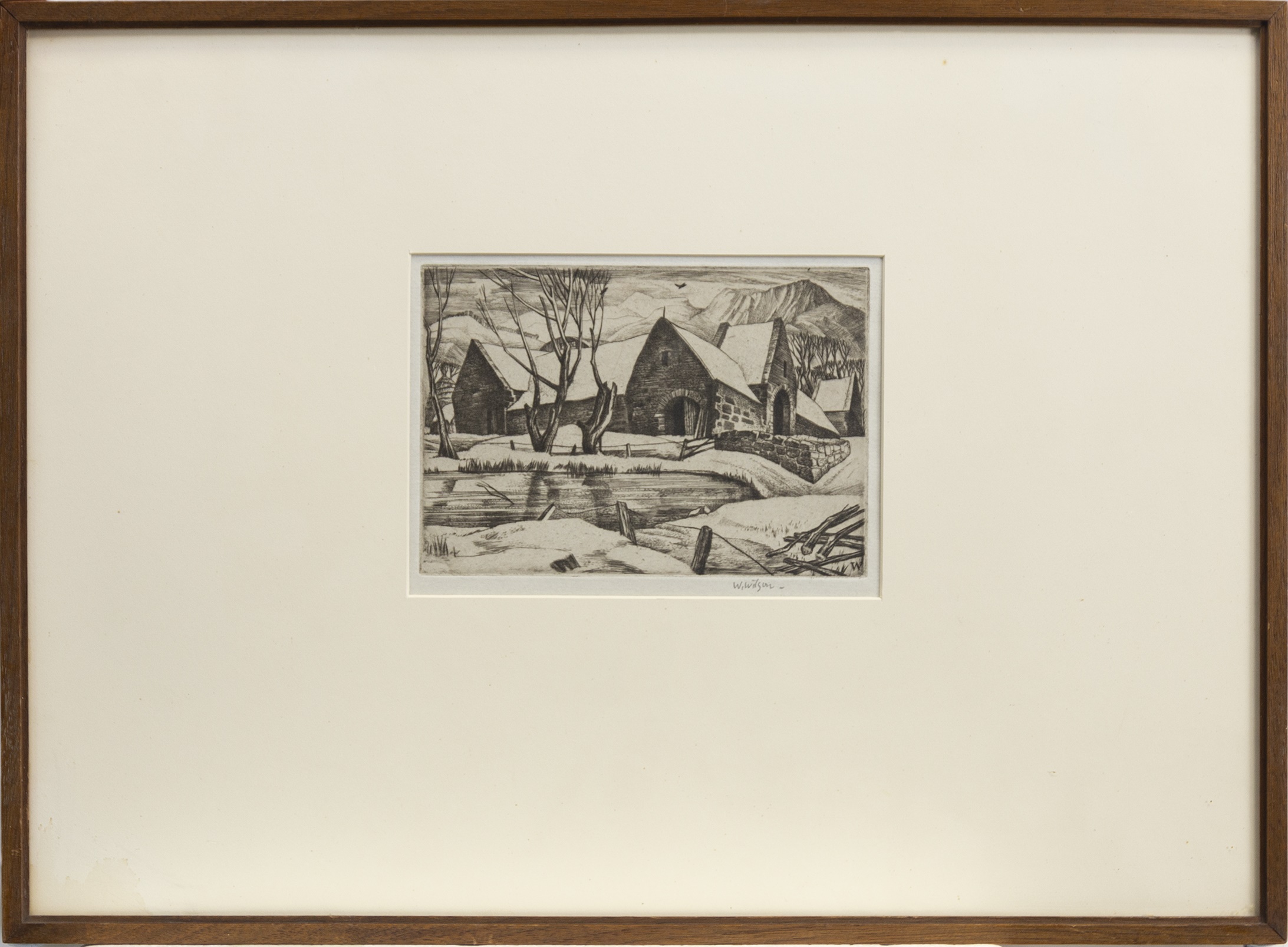 Swanston Farm is a beautiful example of Wilson’s work in etching. This sweet composition of a rural scene in winter was used as a Christmas card in 1937, the year Wilson returned to Edinburgh after completing his studies at London’s Royal College of Art. The artist’s highly stylised line is much sought after at auction which, in a time where the market for older prints has dwindled, is a testament to Wilson’s impact and skill in the art of printmaking.