There are many tokens of protection that people wear to help keep them safe from harm, and although they often appear at auction, lot 14 in the Jewellery Auction 14 January is one of the most eye-catching and unusual examples to arrive at McTear’s.

Lot 14 is a cross pendant with four cherub motifs to each terminal. The reverse of the cross is inlaid with malachite sections making this already unique item even more spectacular. Malachite is known as a gemstone which protects against evil but it has also been known to have been used to protect children from having nightmares. Cherubs can also be associated with children so it is very possible that this cross could have belonged to a child. 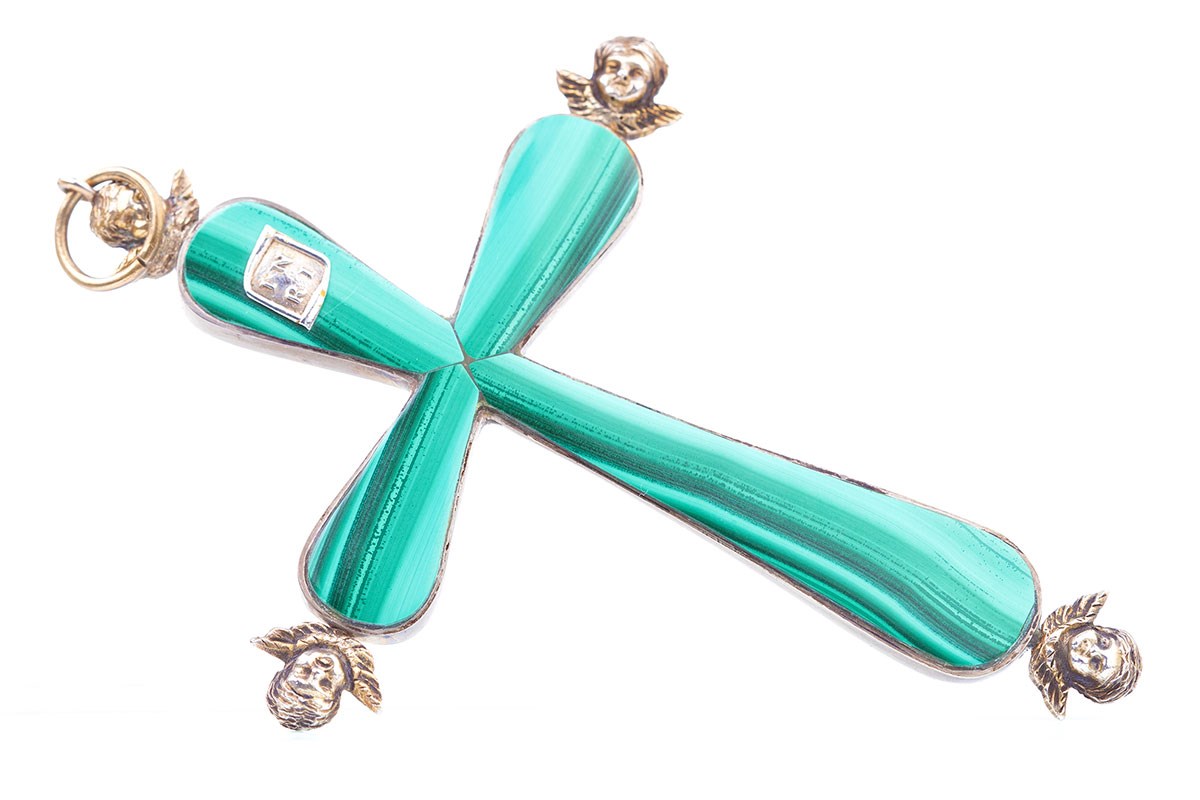 With moulded decoration to the front that includes a cockerel motif, it’s also possible that this could have travelled all the way from France in its original fitted box. This would make for the perfect christening gift for a special
little one this year and is estimated at £150– £250.