Taxidermy isn’t a rarity at McTear’s, but this August the Works of Art, Medals, Militaria & Furniture Auction features something pretty unusual! The smallest of the living ratites, this flightless bird is most recognisable as one of the best known national symbols of New Zealand. Lot 823 comprises something our specialists certainly don’t see every day, an early 20th century taxidermy kiwi.

Kiwis are of great cultural importance to New Zealand, considered a ‘taonga’, or treasure, to Maori people. Since the late 19th century, the kiwi has been used as a symbol of New Zealand, appearing on military badges, crests, coat of arms and even coinage. Internationally, New Zealanders are of course commonly known as ‘Kiwis’, the nickname reportedly bestowed by allied soldiers to their New Zealand comrades during WWII. 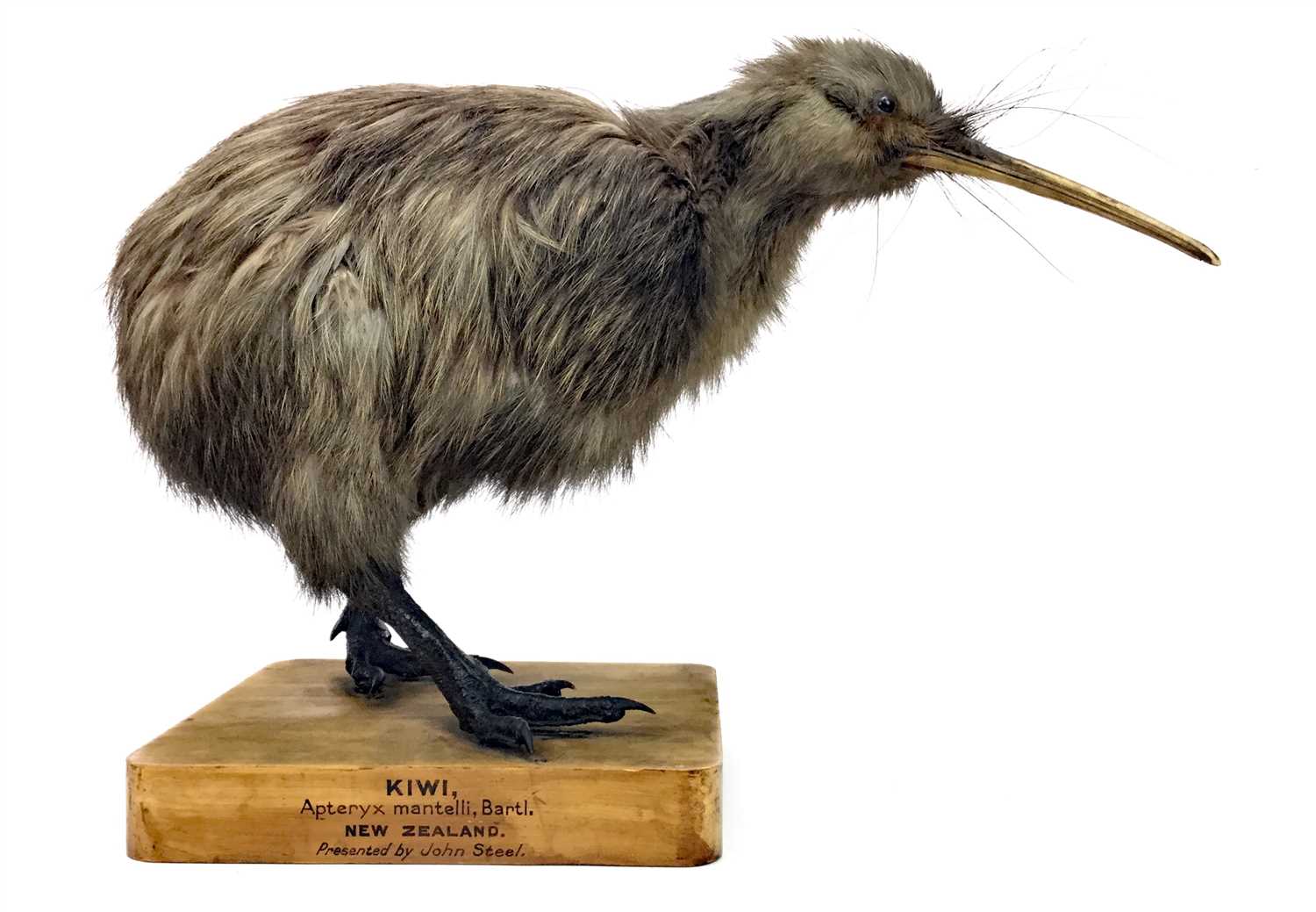 Beyond their cultural significance, the bird is also of interest from an ornithological standpoint. The kiwi lives in a deep burrow, has hair-like feathers and lays huge eggs (often weighing up to 20% of the female’s body weight!). New Zealand has more species of flightless birds than any other country in the world, the historic lack of mammal predators in New Zealand - prior to the arrival of humans - meaning that land was safe, and birds could walk the forest floor without threat.  Nonetheless, the kiwi is believed to more closely relate genetically to the extinct ‘Elephant Bird’ or ‘Aepyornis maximus’ from Madagascar - understood to have stood some three metres tall – than its fellow New Zealand natives.

This interesting taxidermy kiwi is sure to fly (without wings!) when it goes under the hammer later this month. This is offered with an auction estimate of £1000-1500.

View the catalogue for the full auction here >>