The Art of Cloisonné Enamel

Cloisonné is an ancient decorative technique, with its origins in the ancient Near East. From the French word cloisons (literally partitions), the process involves applying gold, silver or metal wire to an object to form ‘compartments’ or partitions across the surface. Into these compartments is placed enamel or inlays. Cloisonné enamel is a type of artwork seen very often at auction. The enamel powder is worked into a paste, applied to the areas on the object as desired, and then fired.

In ancient Egypt, the jewellery of rulers and nobles was often enamelled and jewelled. In the Byzantine Empire, jewellery, small clothing accessories and weapon sections were cloisonné enamelled. By the 14th century the technique is seen in China and from then the technique is exploited to its full potential – bowls, vases, censers, hand mirrors, jewellery and much more. It wasn’t until around the 18th century that the West caught up with the technique.

It is interesting to note that the technique was not always so popular with the Chinese. The outsider technique was originally thought of as odd and not to a traditional Chinese taste, and was especially overlooked by males who found its ostentation a little too feminine. However the Kangxi Emperor, by the 18th century, was a changer of tastes and enjoyed cloisonné artworks from his Imperial factories. Artworks became more and more elaborate as time went on, with Ming dynasty pieces among the most sought after nowadays. In the late 19th century, into the 20th century, heavier bronze and brass bodies were used (rather than silver or even gold), and even much lighter copper bodies with wires sometimes soldered, sometimes glued on. 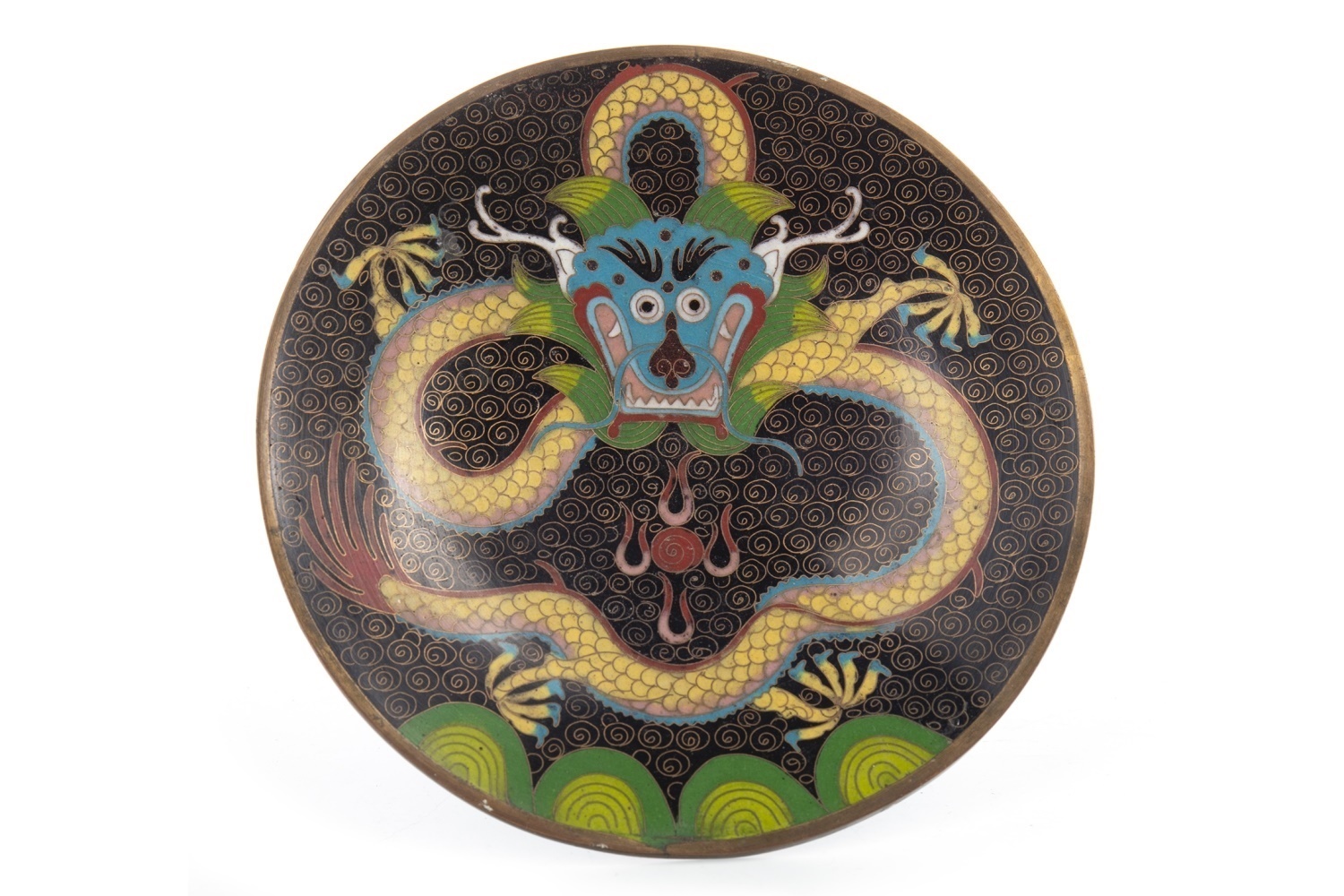 The Japanese penchant for highly technical artistic techniques saw their artists make full use of this delicate and intricate process. A different style from the Chinese vases and other objects, the Japanese market preferred a more delicate hand, not afraid of leaving ‘empty’ space, adding sparser detail with a sense of life and movement virtually unparalleled in the artworld.

The Asian Works of Art Auction on 30 January features many lots of cloisonné enamel. Lot 1151 is an attractive Chinese vase, with a long cylindrical neck and decorated overall with a typical Chinese floral design on a black ground. Lot 1024 shows a familiar Chinese motif – the dragon and flaming pearl – as the central motif on this circular plate. With estimates under £100 up to £300, this auction presents an opportunity to admire this ancient artist technique long after the sale is completed.