The Art of Enamel

Enamel is a beautiful technique that has been used in jewellery design since the 13th century BC. It is loved for the beautiful colours which bring life to certain items but also because of the difficult technique that is used to create these stunning pieces.

To create enamel, powdered glass is heated at a very high temperature which transforms it into the glassy looking enamel that we can easily recognise. 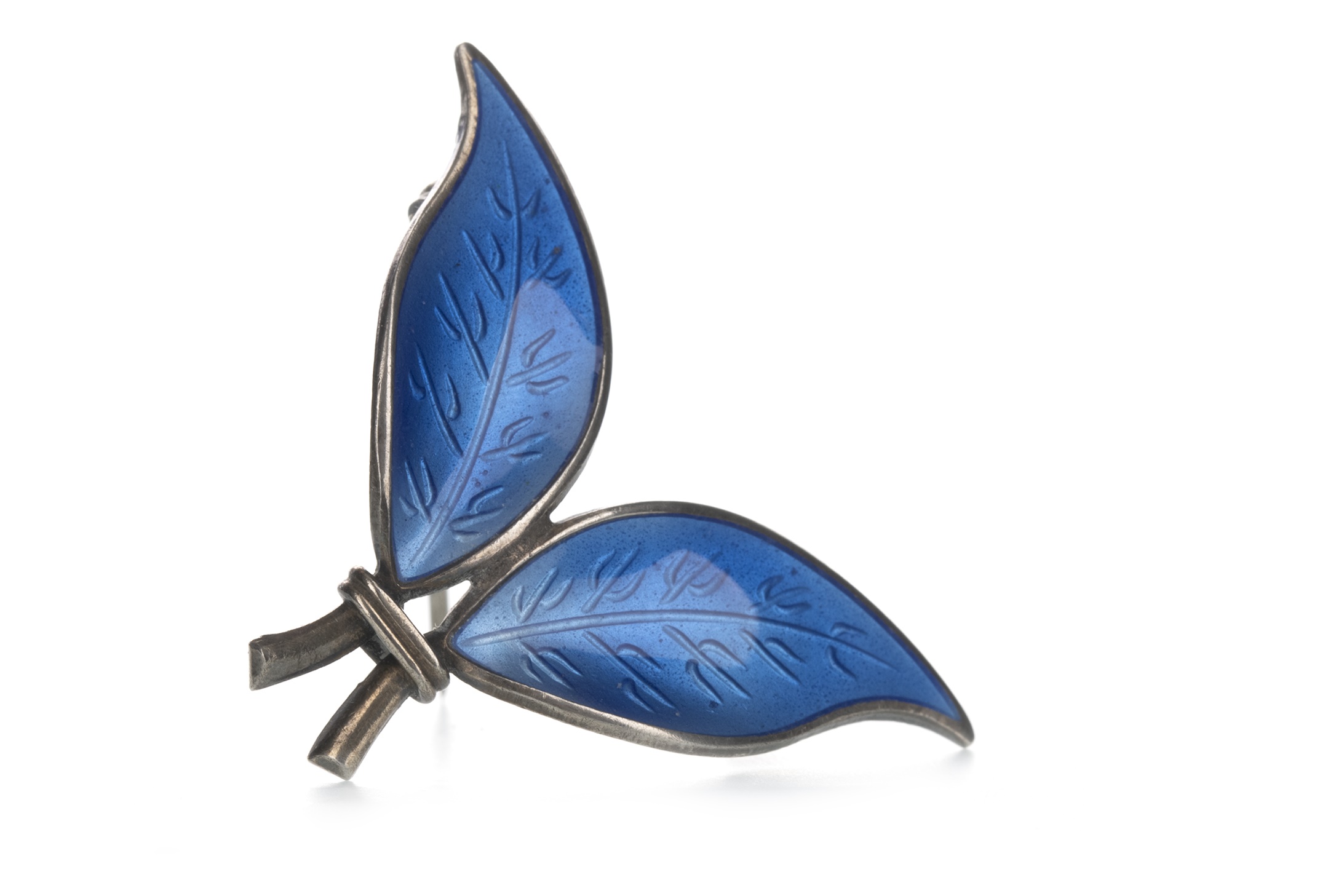 A name most recognisable for enamel work is David Andersen. In the late 1850’s he began his career working as an intern for Jacob Tostrup and by 1876, had established his own workshop in Oslo however, he is not responsible for the enamel work that we see today. After his death in 1901, his son Arthur took over the business and introduced the enamelling technique to the company’s gold and silver items of jewellery. Today, most people assume that the technique began with David himself but surprisingly, it did not.

His designs are often easily recognisable as he is famed for his iconic enamel leaf designs. These come in the form of brooches, bracelets and necklaces and the colours range from stunning sea blue to bright yellow. Lot 1343 in the 9 October Jewellery Auction is an example of a beautiful blue double leaf brooch. It bears the markings ‘D-A, 925S, STERLING, NORWAY’ to the reverse which dates this item anywhere from 1925 until the present day.

With the fragility of enamel, it is very important be careful when wearing, handling or storing these items of jewellery. Lot 1343 is an example of a piece that has been well cared for and appreciated over the years and is now looking for its new home. With an estimate of £100 -£200, could its new home be a part of your jewellery collection?

Viewing for this lot and over 130 more will commence at 12pm on Wednesday the 7 October.