The Beagle Has Landed

We have seen Omega create many fantastic watches throughout the years with many of them attributed to outer space making them a dream watch for collectors and space fanatics alike.

Omega has manufactured watches for space exploration for over half a century and have participated in some of mans greatest extra terrestrial adventures including being the watch used during the first moonwalk. The Speedmaster was created in 1957 and by 1965, NASA qualified the watch for use during its space missions. The destructive tests that NASA carried out were designed to destroy the watches however only one watch survived; the Speedmaster. Since then, it has been worn during every moon landing and is affectionately known as the ‘Moonwatch’. 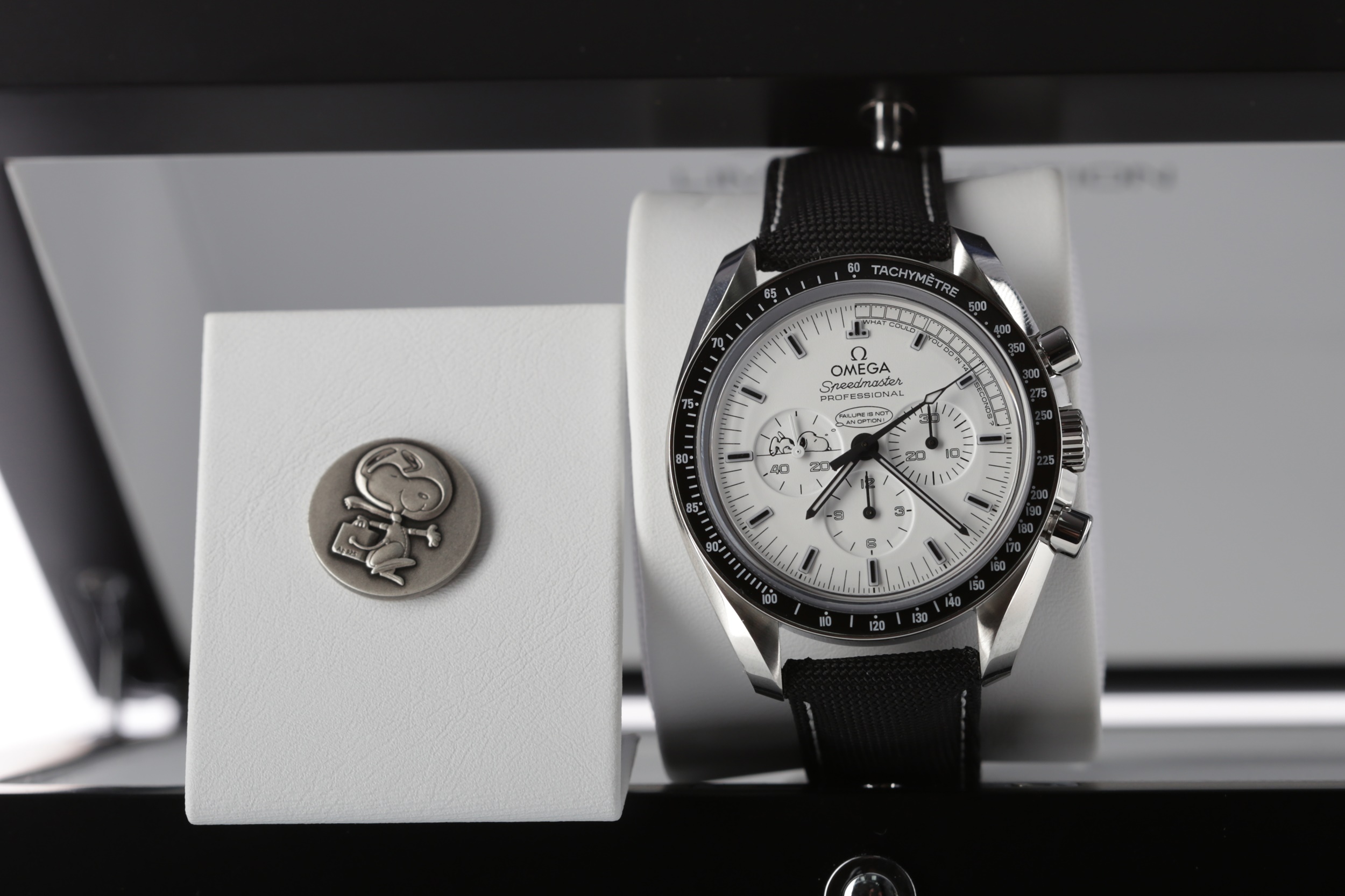 What you might not know is that Snoopy the cartoon beagle has also been associated with NASA since the Apollo missions began in the 1960’s as the lunar module was required to skim the surface of the moon and ‘snoop around’ earning it the nickname Snoopy. Since then, he became a mascot for astronauts departing on their missions and the Silver Snoopy Award was given to those who contributed towards the safety and success of Apollo missions. In 1970, Omega itself was awarded the Silver Snoopy Award from NASA for their outstanding efforts to aid space exploration.

Lot 946 in the December Watches Auction is a rare example of an Omega Silver Snoopy Award watch commemorating the 45th anniversary of the Apollo 13 mission. This famous mission as we know was meant to be the third mission to deploy astronauts to the moon however an oxygen tank explosion meant that the mission was aborted and the famous quote ‘Houston, we’ve had a problem here’ was born.

This Speedmaster with its crisp white dial features a comic strip with the words ‘what could you do in 14 seconds’ referring to the 14 seconds that it took to redirect the lunar module into safe limits to avoid entering earths atmosphere at the wrong angle with zero chance of recovery. These critical fourteen seconds saved all three crew members lives. It also features Snoopy with a speech bubble which reads ‘Failure is not an option’, words spoken by Flight Controller Jerry Bostick in preparation for the 1995 movie, not by Gene Kranz as many people believe! 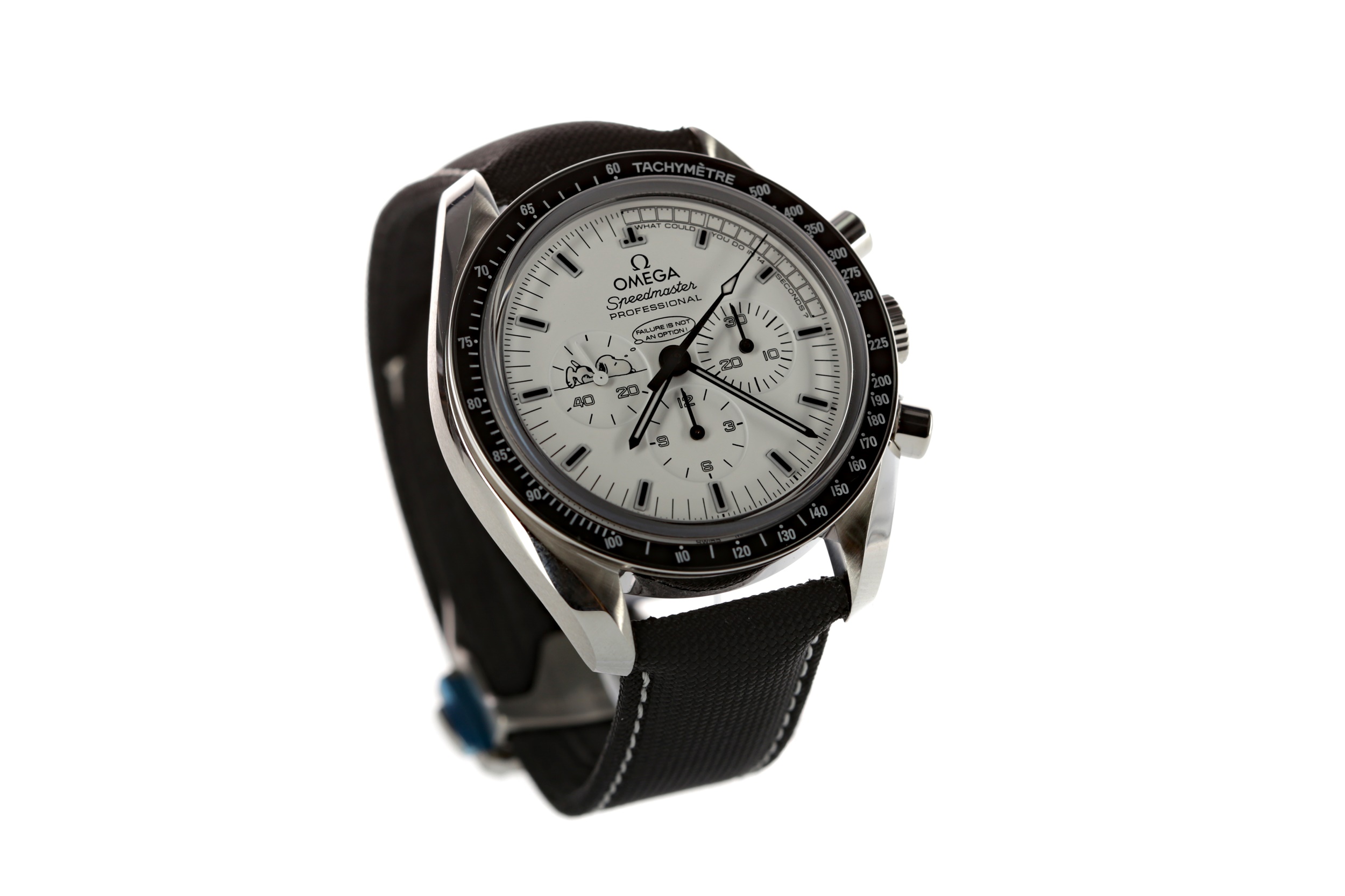 The reverse of this watch is just as spectacular with a sterling Silver Snoopy to the reverse surrounded by blue enamel and hand applied silver powder flakes making the beagle look as if he’s floating amongst the stars. A limited edition of only 1970 of these watches were manufactured with this example numbered 1703.

In unworn condition, this example is a fantastic collectors piece and will be a conversation starter for decades to come. Estimated at £20,000 - £25,000, this timepiece truly is out of this world.

Don’t miss out on the chance to view this magnificent watch in person. Viewing commences at 12pm on Friday 11 December.