La Belle Epoque translates from French to ‘The Beautiful Era’ and spanned from 1871-1914. This was a time of wealth and economic prosperity due to the industrial revolution and was also considered a milestone for jewellery manufacturing.

Belle Epoque jewellery can be easily recognised due to the very feminine and delicate designs which often resemble pieces of lace, bows and swags. Items of this era are considered rare as so few have survived the wars and hardships of the twentieth century. 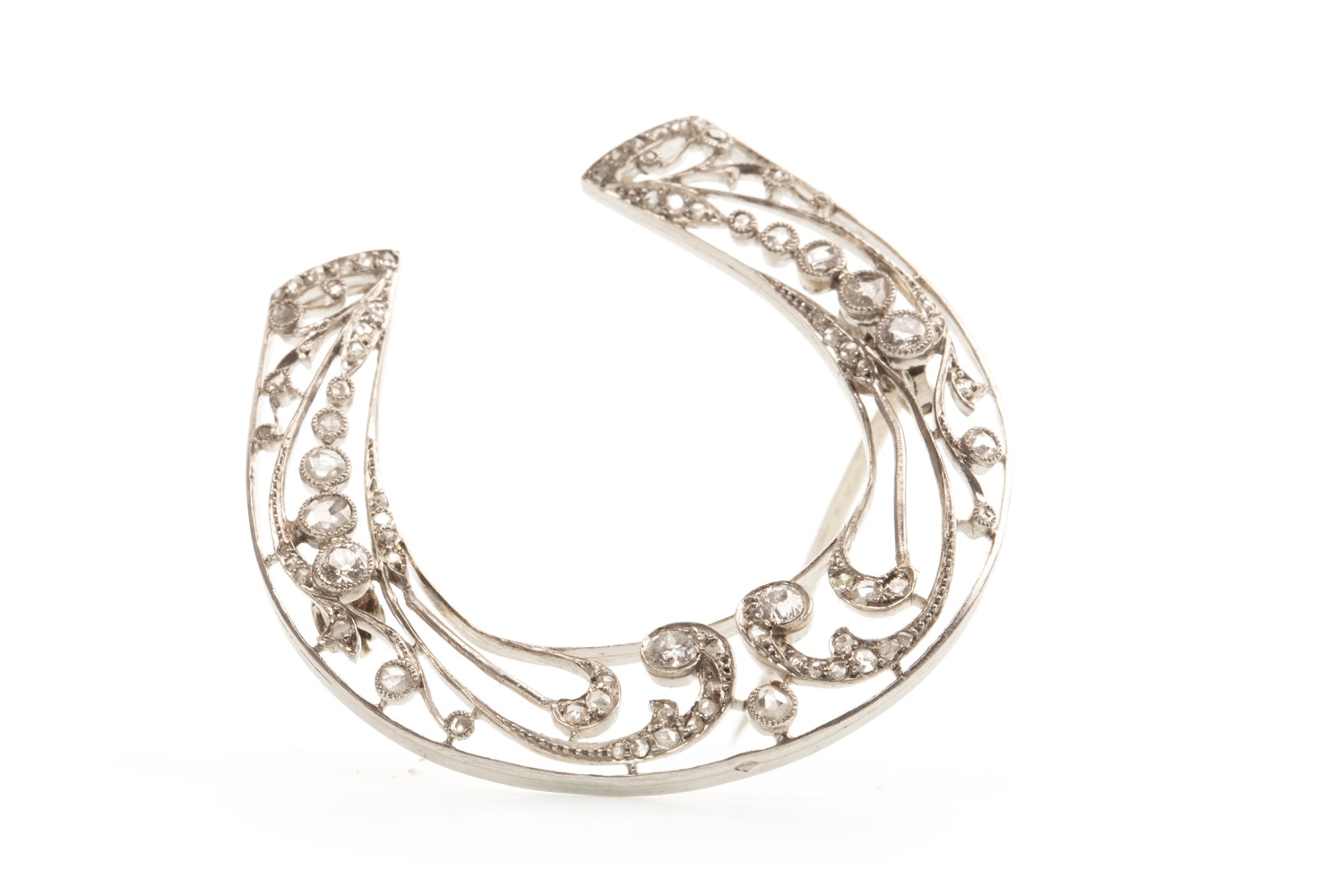 A common theme in jewellery of the Belle Epoque era is the horseshoe. The legend of St Dunstan, a 10th century saint who worked as a blacksmith, tells the story of how horseshoes became symbols of good luck. One night he was paid a visit by the Devil who had split his hoof and asked him to make him a shoe. St Dunstan nailed a red hot horseshoe to his hoof and made the Devil promise to respect the horseshoe and never to enter a house protected by one. Although there are many variations to this story, people soon started hanging horseshoes in their homes and wearing horseshoe motifs as amulets of protection.

Lot 154 in The Jewellery Auction on 22 September is a Belle Epoque diamond set horseshoe brooch. The diamonds total approximately 0.75 carats and it is complete with the French dog’s head hallmark. Estimate £250-350.