Whilst the popularity of military-themed lots within the recent sales has shown no sign of waning, it is always a genuine pleasure to see some of the more unusual pieces come to auction. Such is the case with a small bar brooch in the form of a silkworm featured in lot 1649 in our upcoming Furniture, Works of Art, Medals & Militaria Auction (Friday 20 July, 11am).

The brooch was awarded to Major R.C.V. Stewart on his admission to The Caterpillar Club, a club open only to those who have used a parachute to save their life whilst bailing out of a disabled aircraft. 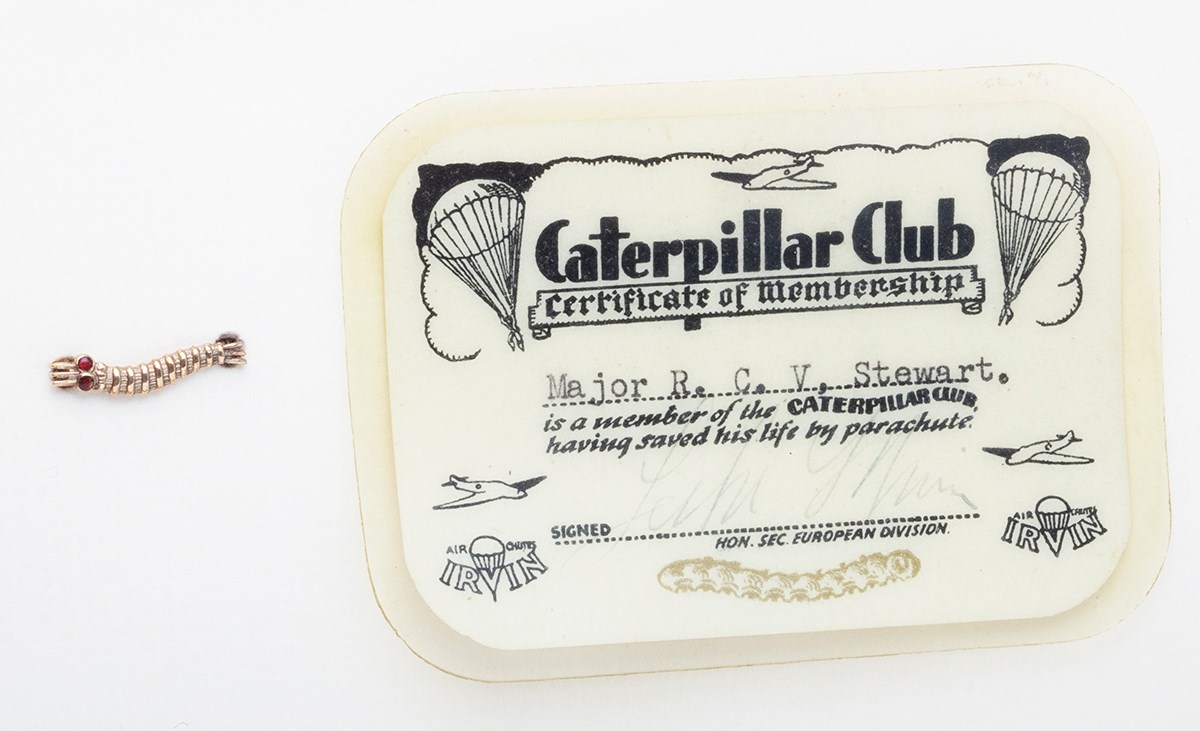 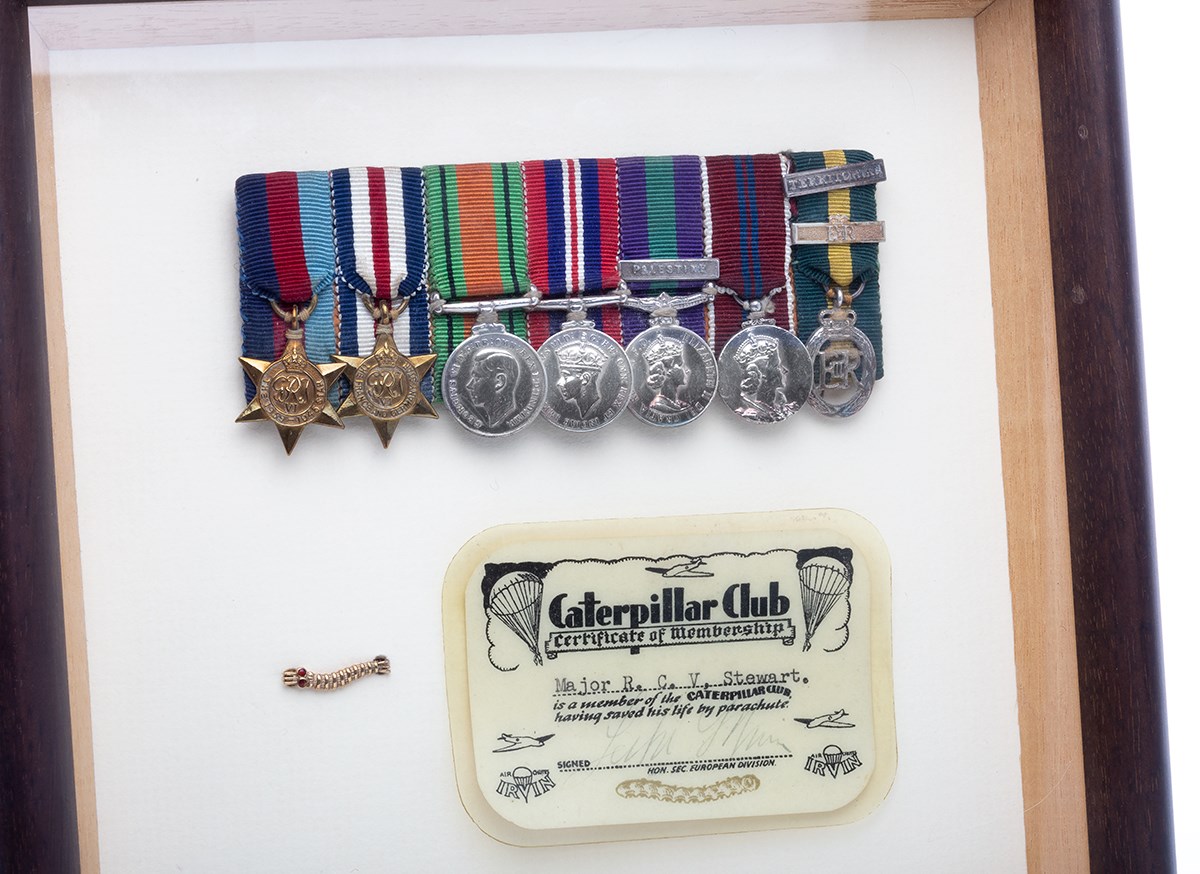 The Caterpillar Club brooch and certificate of membership are part of an extensive military archive going up for sale in the McTear’s Works of Art, Medals & Militaria and Furniture Auction. The lot also includes Col. Stewart’s 1939–45 Star, The France and Germany Star, The Defence Medal and The War Medal. The military archive has been in the continuous possession of Col. Stewart’s family.

James Bruce from McTear’s said: “Memberships of clubs are often referred to as exclusive yet often they’re not. In the case of The Caterpillar Club, it really is because every member must have used a parachute to save their life whilst bailing out of a disabled aircraft, and that is certainly not something everyone can claim to have done.  Having General James Doolittle, Charles Lindbergh and Col. John Glenn as members illustrates the exclusivity of The Caterpillar Club.”

“The popularity of military-themed lots continues to grow, particularly where there is strong provenance and a fascinating story behind them.  The archive relating to Colonel R.C.V. Stewart, is a real slice of military history and chronicles the career of a highly decorated soldier.” 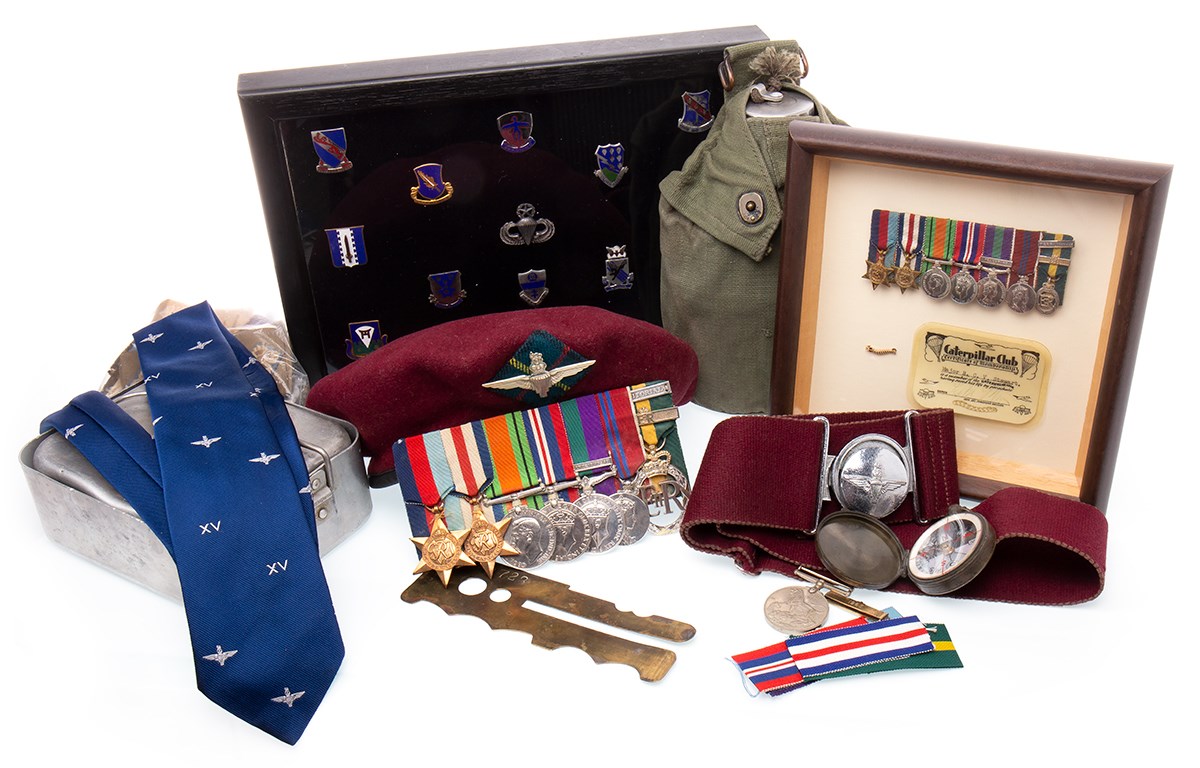 The auction will also feature a large collection of cap and other badges (lots 1666-73), each set in an attractive framed display, as well as three officer’s dress swords (lots 1630, 1644 and 1645). So, for collectors of all levels this truly is an unmissable auction.