The Early Work of William Moorcroft

Whilst the name Moorcroft has become synonymous with a myriad of decorative ceramics, tube-lined with fruits and flowers in a wide range of patterns, it is often easy to forget that the popularity of such designs hold their roots in one man, a savvy Staffordshire lad working in ‘The Potteries’ at the turn of the 19th century. William Moorcroft was born in Burslem in the year 1872. A keen artist from an early age, William went on to study at the Royal College of Art in London, and later Paris where the art of the age was to have a resounding impact on the young designer. Whilst the couture of the continent inspired the young Moorcroft it was to be in his home county that he was to ultimately fine tune his craft. 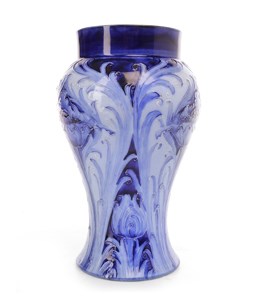 From 1897 Moorcroft was employed by the firm of James Macintyre & Company, a local pottery manufacturer with an eye for talent. Within a year he had progressed from designer to being in charge of the company’s art pottery studio. His first innovative range of pottery, the now incredibly collectable ‘Florian Ware’, was such a success that it won him a gold medal at the St. Louis International Exhibition of 1904.

Shortly, the success courted by Moorcroft’s wares was to overshadow that of the firm, leading to Macintyre’s decision to close down the young artist’s studio in 1912. This didn’t deter the persevering ceramicist as he went on to become one of the most successful potters of the 20th century, being recognised with a royal warrant in 1928. 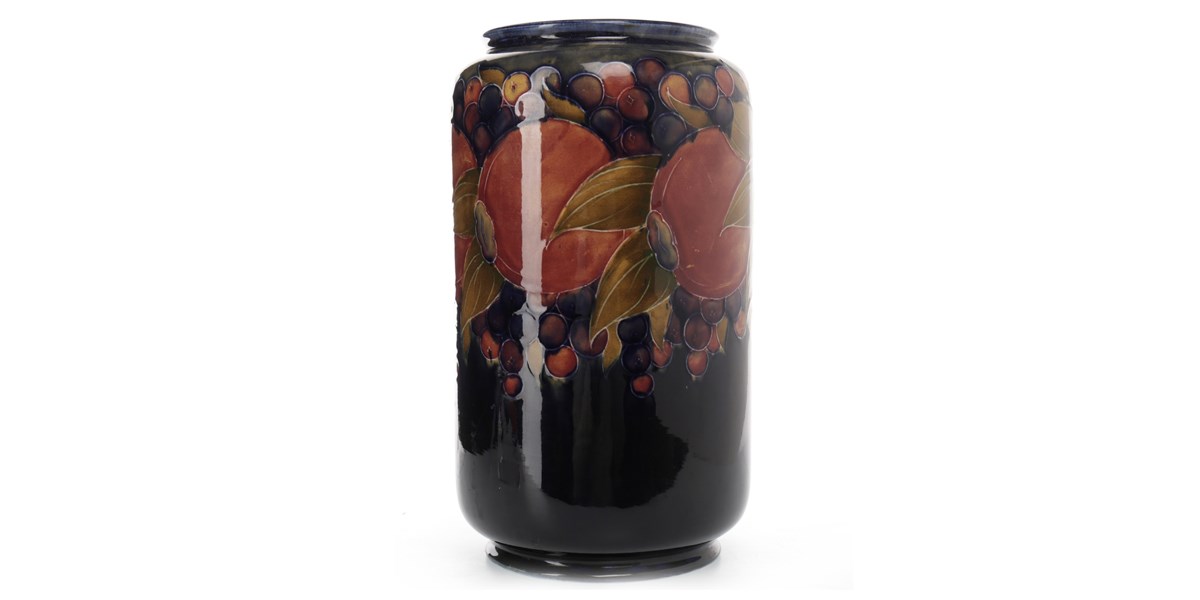 We look forward to resuming auctions as soon as possible! In the meantime please contact us on 0141 810 2880 or auction@mctears.co.uk for a complimentary valuation.