Described by The Royal Mint as ‘one of the most beautiful and rarest coins in the world,’ the Gothic crown is a distinctive coin with only 8000 minted, in 1847. 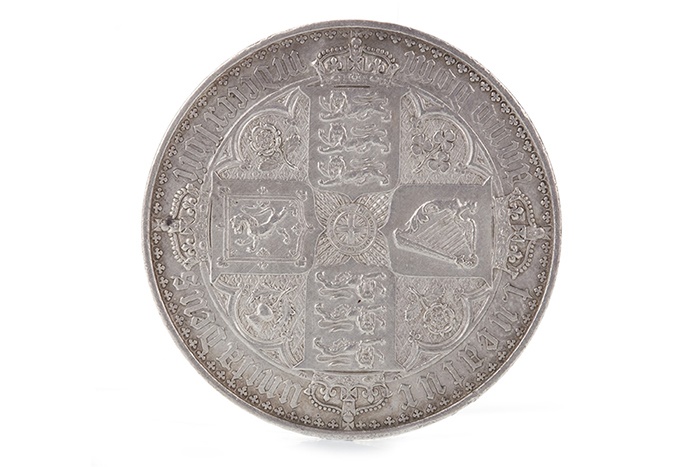 To the obverse of the coin, Victoria is shown facing left and with a hairstyle in the medieval manner. The font used for the legends is in this style too. But why was such a departure made from the usual look of British coins in the era and why was the Gothic or medieval design chosen? Victoria had only been on the throne for around a decade when the coin was released. The designer, William Wyon, created the image on the Gothic crown and while it is not known from whom the idea came, we do know that this style was incredibly fashionable at the time. 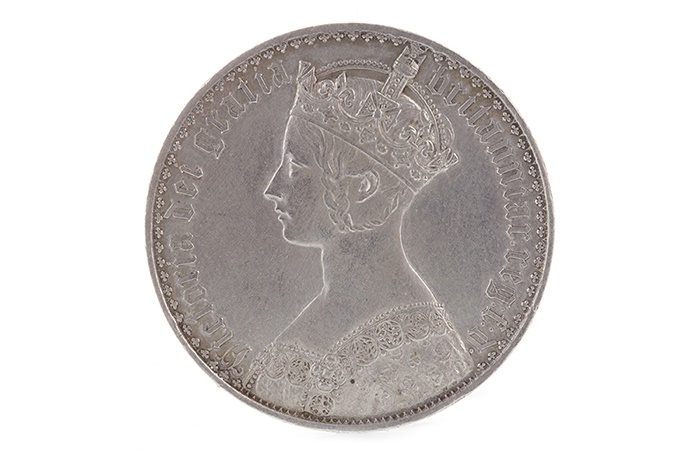 The queen was a symbol of great British pride, young and powerful, at the head of a strong and extensive empire. It seems fitting that the medieval era, one of beauty and grandeur, was referenced in the this new and exciting coin. The fashionable style also showed the monarchy to be in touch with contemporary culture, forward thinking and current. Lot 24 in The Coins & Banknotes Auction on 20 February is a Gothic crown, estimated at £800-1200.

Do you have coins or banknotes to sell? Now is the time, with prices at an all-time high. Come along to our Glasgow Galleries anytime Mon-Fri 8.30-5pm, call Sarah on 0141 810 2880 or email sarah@mctears.co.uk.