One of the rarest and most sought after bottlings from the Scotch Malt Whisky Society is the 111.1. For those in the know, or those with access to the code listing, will be aware that this is the first cask from the Lagavulin distillery. Bottled at 15 years old and 63.3% ABV, the whisky itself is not particularly old, but with fewer than 20 casks of Lagavulin distillery having ever been bottled by the SMWS, the first is without question the most desired amongst collectors. Owing to the rarity of the bottling, and the quality of the spirit lot 35 is expected to achieve £2,000-£3,000.

The story of the SMWS begins in 1983, when a group of friends bought a cask of Glenfarclas, which they had a number of bottles filled periodically. Once they found a home in the Vaults building in Leith, they founded a society of likeminded individuals who enjoyed a dram.

It was at this point then Glenfarclas 1.1 was released, a 1975 distillation, bottled in August 1983. Following this, new bottlings were produced each month for the growing membership.

Unusually the bottlings never state which distillery the spirit has come from, instead a code system was employed, with the whole number indicating the distillery, and the decimal designating which release. To this day, the SMWS have bottled spirits from over 150 different producers, including American whiskies, Japanese whiskies, cognacs, and even rums. Thankfully the bottle codes are listed in various locations on the internet, so there is no need to memorise them. 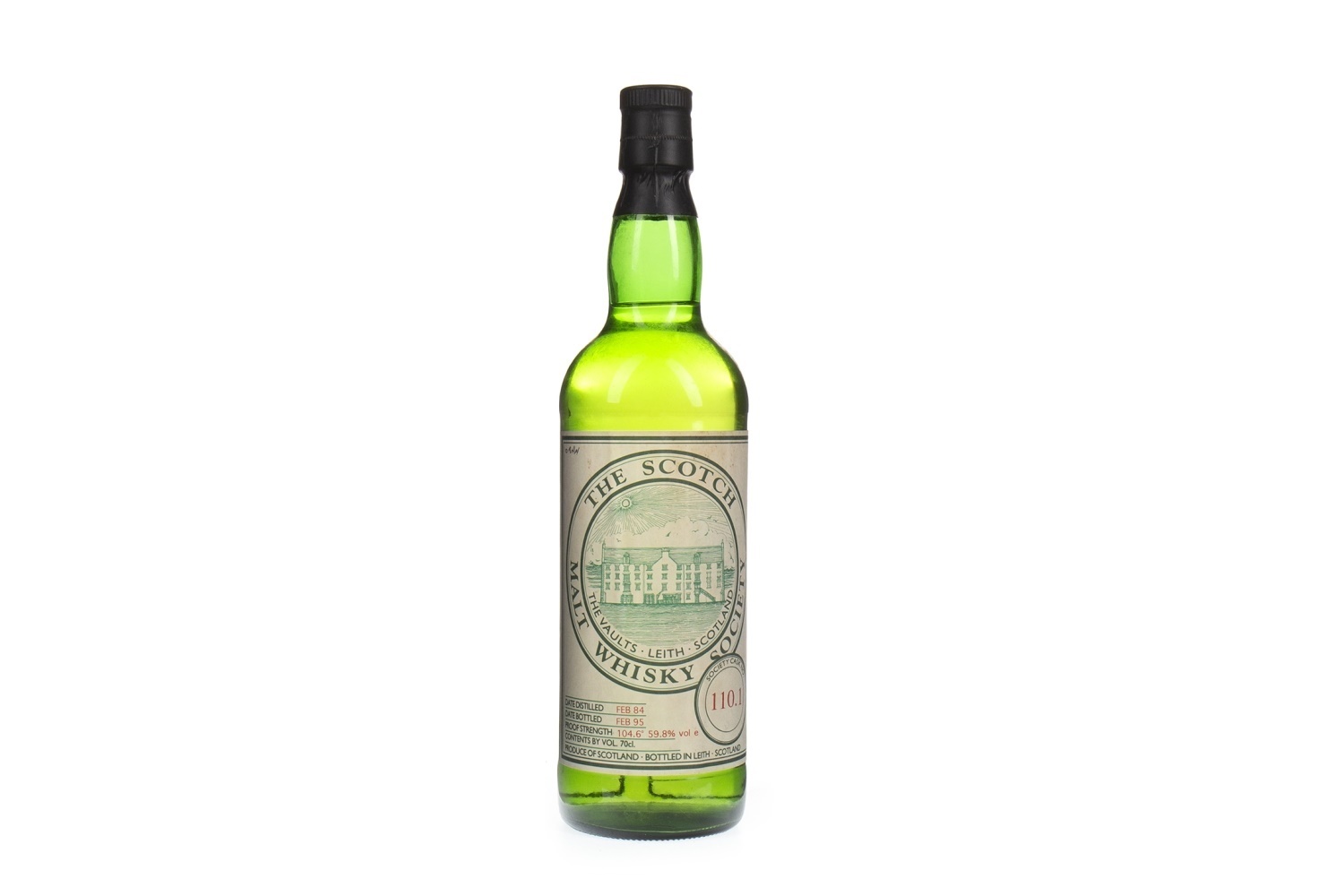 Following on from the Lagavulin 111.1, there is the Oban 110.1 which whilst not expected to achieve the dizzying heights of the Lagavulin, is still expected to generate a good level of interest for an 11 year old whisky at £300-£400, which demonstrated the power of the first (.1) bottlings.