We all know the tale of Willy Wonka’s golden ticket, but what about the Heinz golden bean?

A brilliant little gold baked bean will come to auction at McTear’s this month (lot 802) and in a tale reminiscent of Charlie and his golden ticket, the bean was discovered by the vendor within a tin of baked beans. 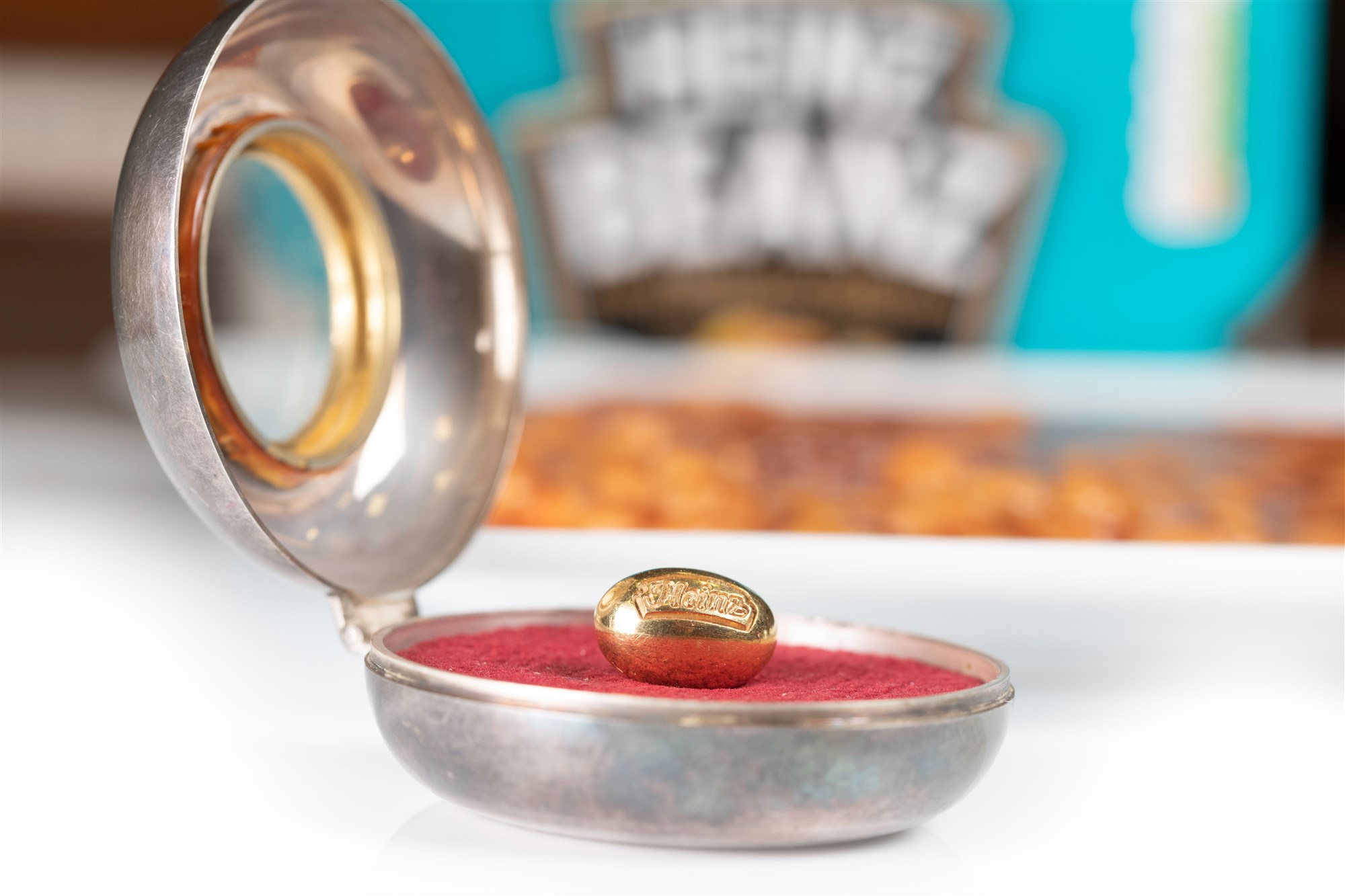 The gold baked bean was one of one hundred released in the 1990s as part of Heinz' major promotional event – dubbed the "Golden Beananza" – to celebrate the 100 year anniversary of Heinz Baked Beans. Heinz hid the eighteen carat gold beans in tins across the UK and then waited for them to be found by delighted customers.

This gold bean was discovered by the vendor contained within a plastic container in the tin of baked beans, and the vendor later received a congratulatory letter from Heinz with a display box in which to exhibit the piece. Each of these accompany the bean in lot 802. 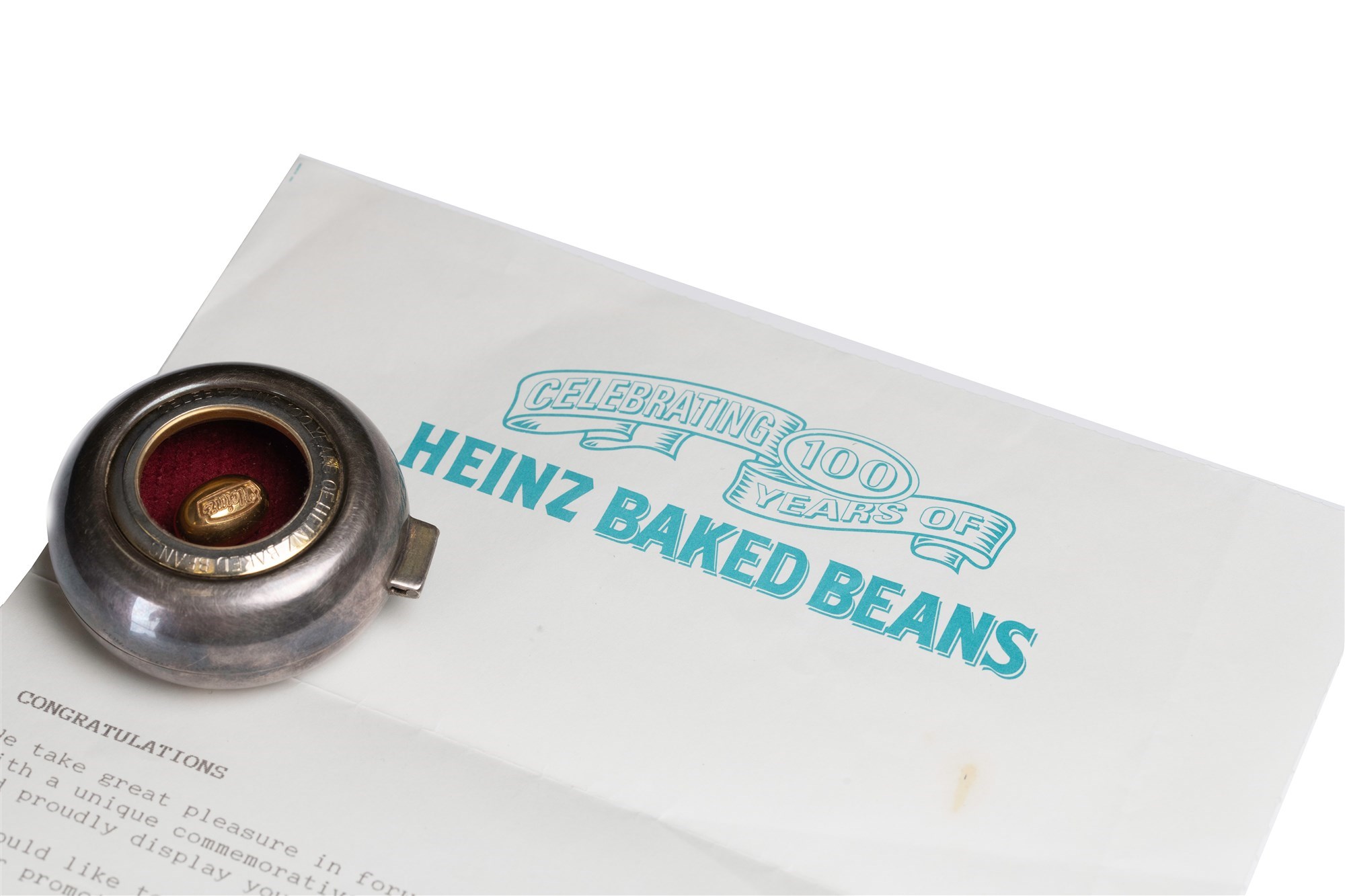 This incredible rare eighteen carat gold Heinz baked bean will be offered in The Works of Art, Medals, Militaria & Furniture Auction on 15 March.  With an attractive auction estimate of £450- 650, this lot is sure to attract interest when it goes under the hammer.