First minted on the 6th of February 1663, under the reign of King Charles II, the guinea was a British coin originally equivalent to one pound sterling or twenty shillings however inflation in gold prices meant that the value of the guinea fluctuated over the years. From 1717 to 1816, its value was fixed at twenty one shillings.

The guinea was the first British coin to be struck by machine and although ‘guinea’ was not the official name for the coin, this term was affectionately adopted as most of the gold used in these coins came from the region in West Africa. The guinea would be in circulation from the reign of King Charles II to King George III, from 1663 – 1814, a total of 151 years.

In The Great Recoinage of 1816, the guinea was replaced by the pound as the major unit of currency however long after the guinea ceased to circulate, it is still prominent in the world today. Luxury items such as land, art, horses and professional fees including horse and greyhound racing were often quoted in Guineas up until decimalisation in 1971. 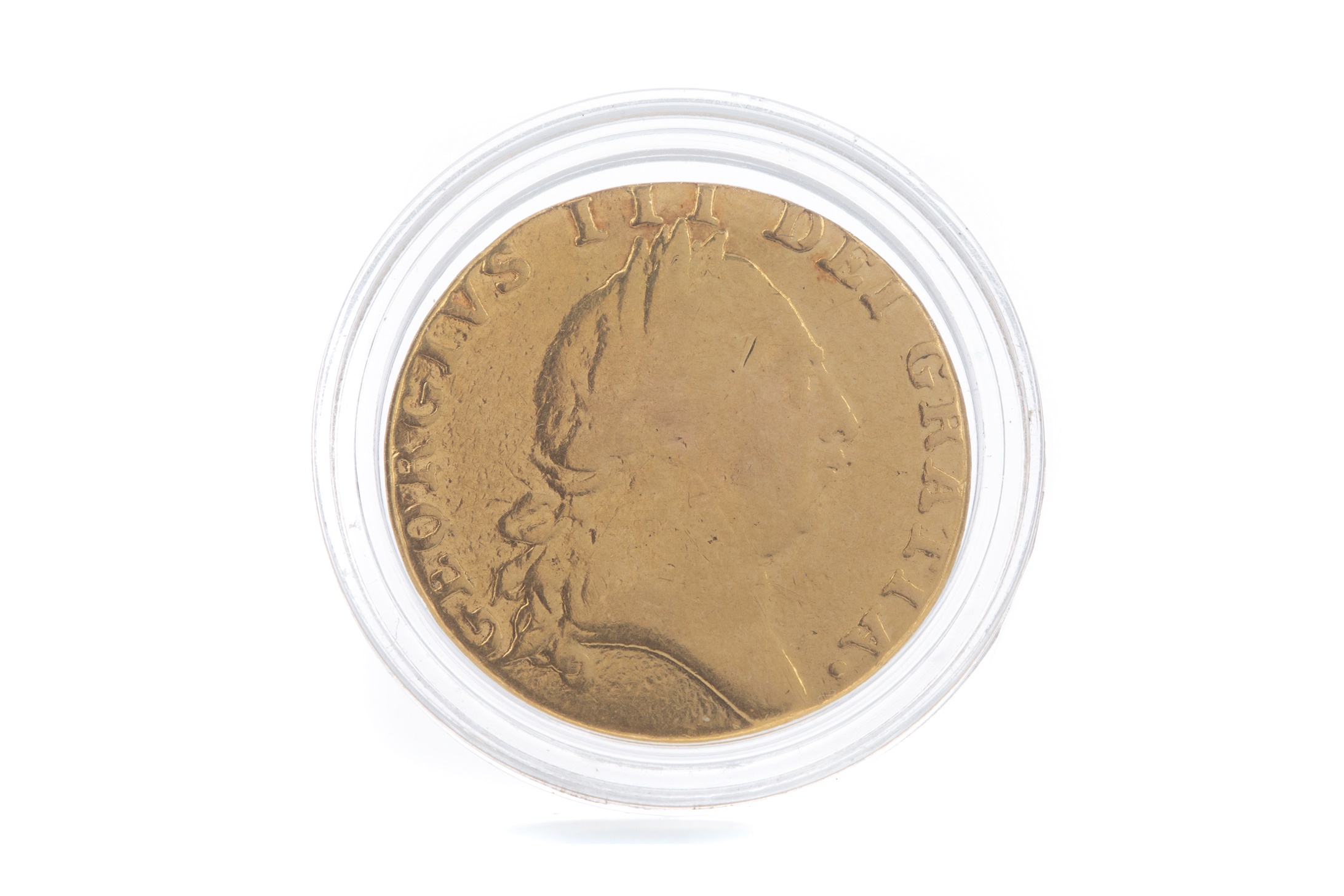 Present day usage of the guinea is mainly associated with horseracing. Bids for racehorses at auction are still made in guineas to the present day. This means that the buyer will pay the guinea equivalent amount for the horse and the seller will receive that figure in pounds. The difference of 5p in each guinea is traditionally the auctioneers commission. Many major horse races in Great Britain, New Zealand, Canada and other countries bear names ending in ‘guineas’.

Lot 67 in the 14 October Coins and Banknotes Auction is a George III guinea dated 1788. The obverse Latin legend translates to ‘George III, by the Grace of God’ with the reverse abbreviated legend translating to "King of Great Britain, France and Ireland, Defender of the Faith, Duke of Brunswick and Luneberg, High Treasurer and Elector of the Holy Roman Empire". During the calendar year of 1788, the total gold output was £3,664,175 being the fifth highest of the denomination in this reign.

A beautiful example of a coin in itself and with an attractive estimate of £300 - £400, this guinea would be the perfect addition to your gold coin collection.

Entries are currently invited for the next auction taking place on 25 November.  For a complimentary, no-obligation valuation, contact a specialist on 0141 810 2880 or auction@mctears.co.uk.