Contrary to the 1949 film Gentlemen Prefer Blondes, whoever thought that diamonds are a girl’s best friend never owned a dog. Loved for their loyalty, playfulness and unrivalled companionship, there is no best friend like a dog. 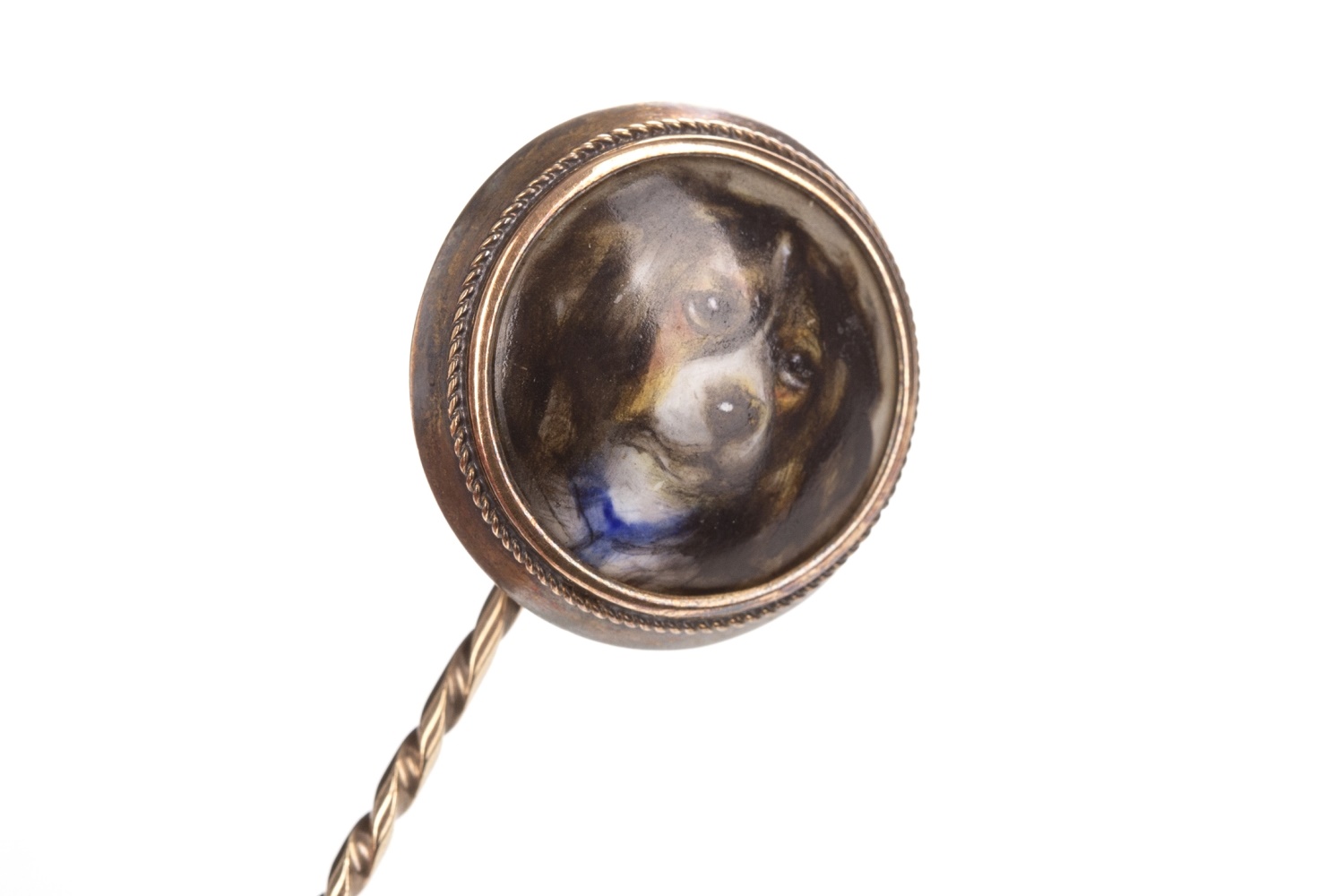 William Essex (1784-1869) was an enamel painter who trained under Charles Muss who was the enamel painter to William IV. He often copied Old Master paintings to show the public that these works could be executed in other forms such as enamel without any loss of crispness or appearance of texture. He first exhibited in the Royal Academy in 1818 and by 1827, he was earning his own commissions from George IV. By 1837 he had gained the title of Enamel Painter to Queen Victoria. Other than recreating Old Master paintings and Royal portraits, Essex is famed for his enamel dog portraits. One of his famous works is the King Charles Cavalier Tricolour Spaniel after Queen Victoria’s painting ‘Dash’ by the great animal painter Edwin Landseer. Dash was a dog that belonged to the Queen when she was just a child and accompanied her on her ascension to the throne. Dogs within the Royal family are treated the same as their human counterparts and are photographed, painted and sculpted by Britain’s best artists. Dash is the subject of many paintings within the Royal Collection and he’s often depicted alongside the Queen which highlights her adoration for this playful pup.

Lot 1302 in the 31 January jewellery auction is a rare example of Dash depicted by William Essex. At only 9mm in diameter, this highlights the incredible talent of Essex being able to recreate a painting as a portrait miniature with the same level of detail and intricacy.

‘The level of craftsmanship is highlighted in the folds of fur and puppydog eyes that gives the impression that darling Dash is sat right before you as if you could reach out and stroke his fur. Estimated at £150 - £250, this is perfect for dog lovers and historians alike.

Little Dash is forever cemented in history and goes to show that there’s no greater love affair than that of a girl and her dog.