A stunning collection of African masks and figures feature in The Asian & African Works of Art Auction on Thursday 30 January. Acquired in situ in 1930, thence by descent, the collection is that of Julien Harris (Scottish 1910-2001), gathered on a journey across West Africa, undertaken alongside Geoffrey Gorer and Francois (Féral) Benga. It was a research trip which culminated in the book ‘Africa Dances’ as well as Harris’ extraordinary collection of artworks.

Turning attention to Francois Féral Benga, we discover a dancer, actor and director; a veritable icon of the French variety scene in Art Deco Paris, a regular performer at the Folies Bergère and known at the time as the male Josephine Baker. He was the muse of artists such as Jean Cocteau, Carl Van Vechten and Richard Barthé, inspiring many through his avante garde and often provocative dance routines. 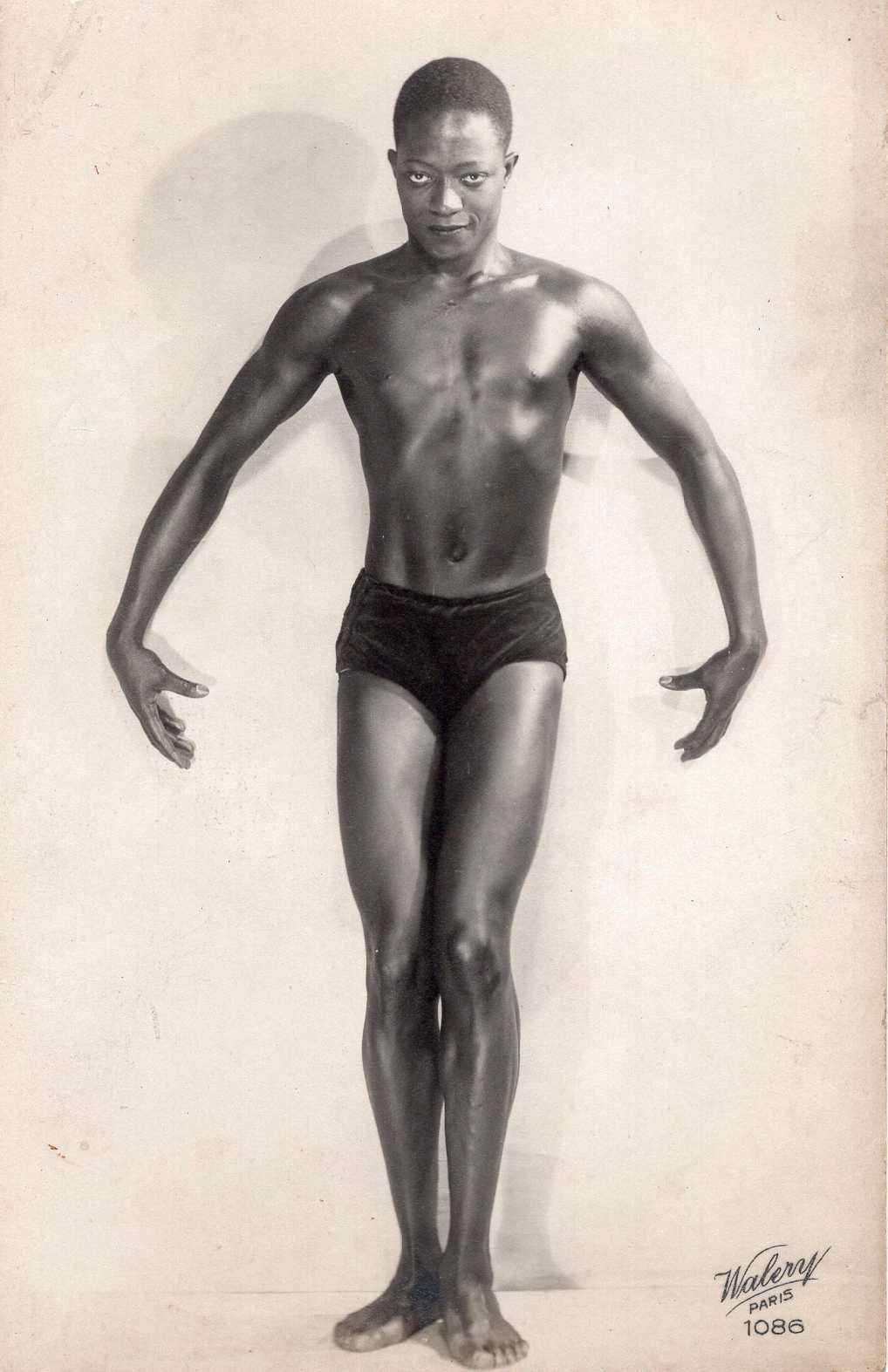 In the late 1920s a chance meeting between Féral Benga and budding anthropologist Geoffry Gorer was to spark a trip to West Africa to study native dance traditions, starting in Benga’s homeland of Senegal and moving beyond and throughout the region. The trip was undertaken in 1930, during which Benga and Gorer were joined by a number of partners, one of whom was Julien Harris – a young and impressionable collector very much in thrall to Benga and his seductive presence. During the months they spent together Harris amassed a large collection of traditional African art, a large portion of which will be coming under the hammer at The Asian & African Works of Art Auction on 30 January. 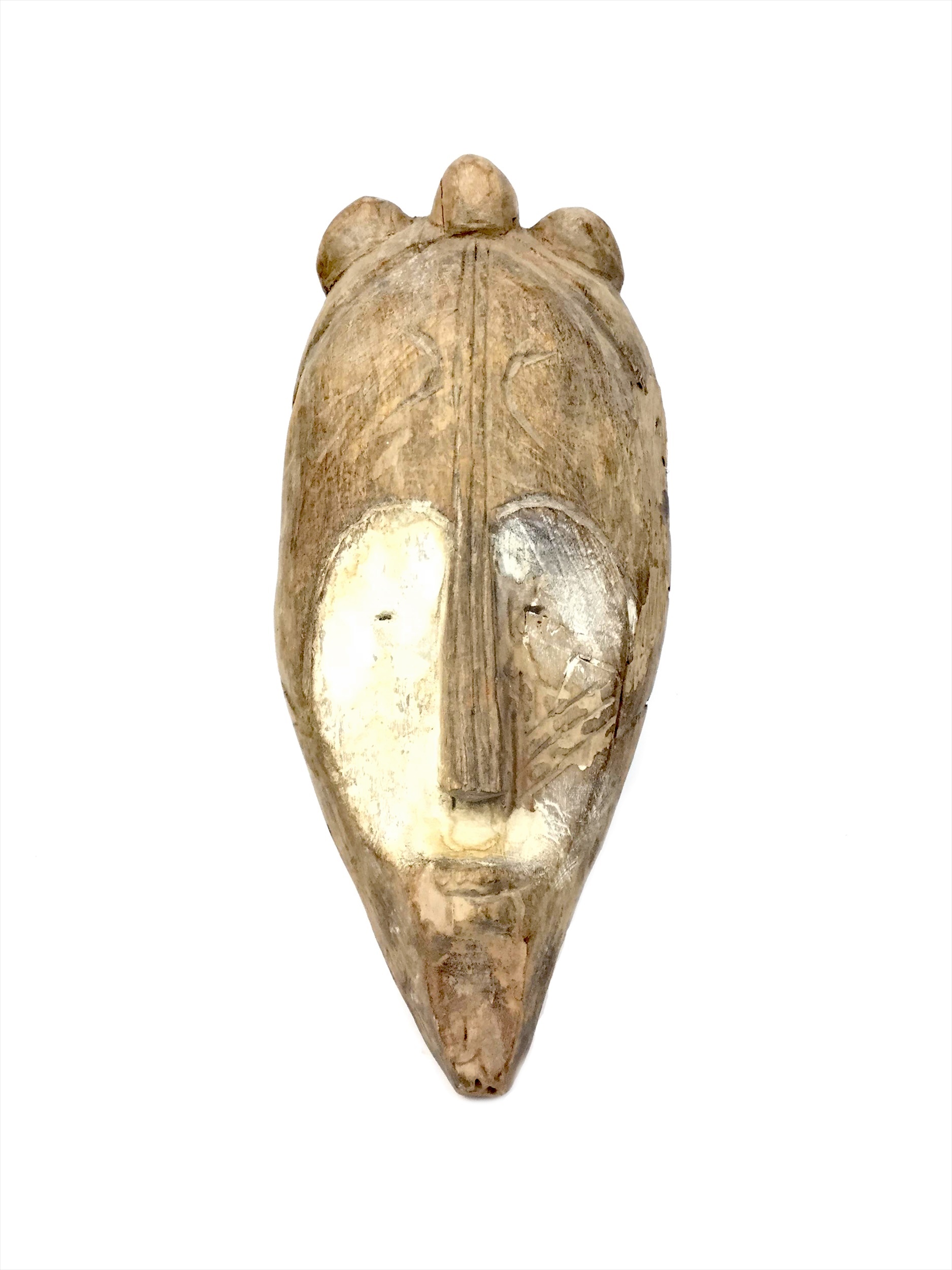 On their return Gorer produced the first large scale anthropological work of his life: Africa Dances (1935), a work which was to launch his career as an anthropologist. He was eventually to come under the influence of Margaret Meade, one of the most influential voices in 20th century anthropological theory, and went on to develop an approach which saw the application of psychoanalytic techniques to the study of indigenous peoples 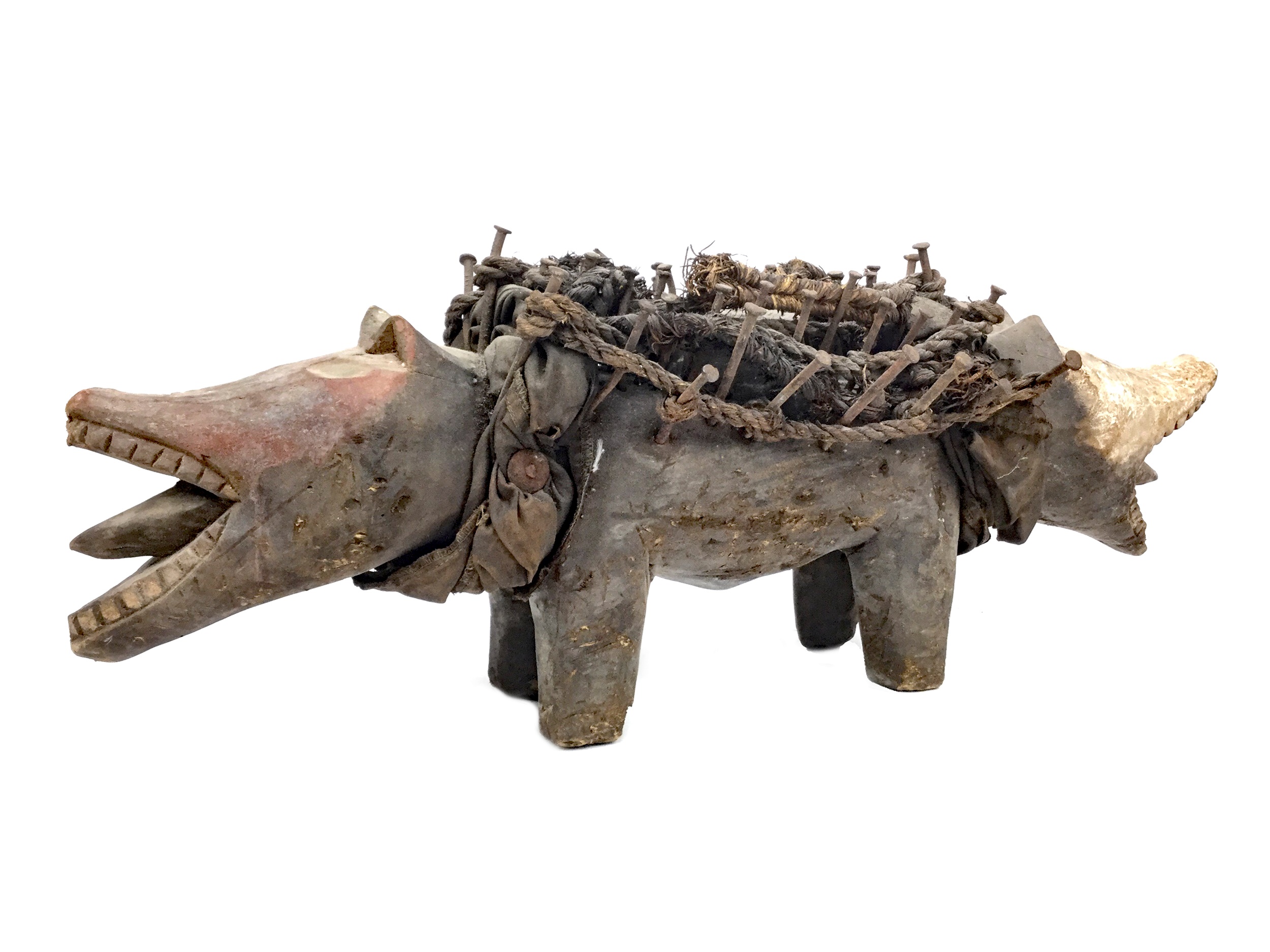 Harris retained many photographs and memories from his adventures as a young man with Gorer and Benga, but more interestingly he kept his extensive collection of African art which were hung all around the walls of his study. He would often be found in his later years smoking cinnamon sticks and reminiscing over one mask or another, telling the story of how he came to buy it or, in one case, find it. The entire collection was bequeathed to his great-nephew on Harris’ death in 2011. 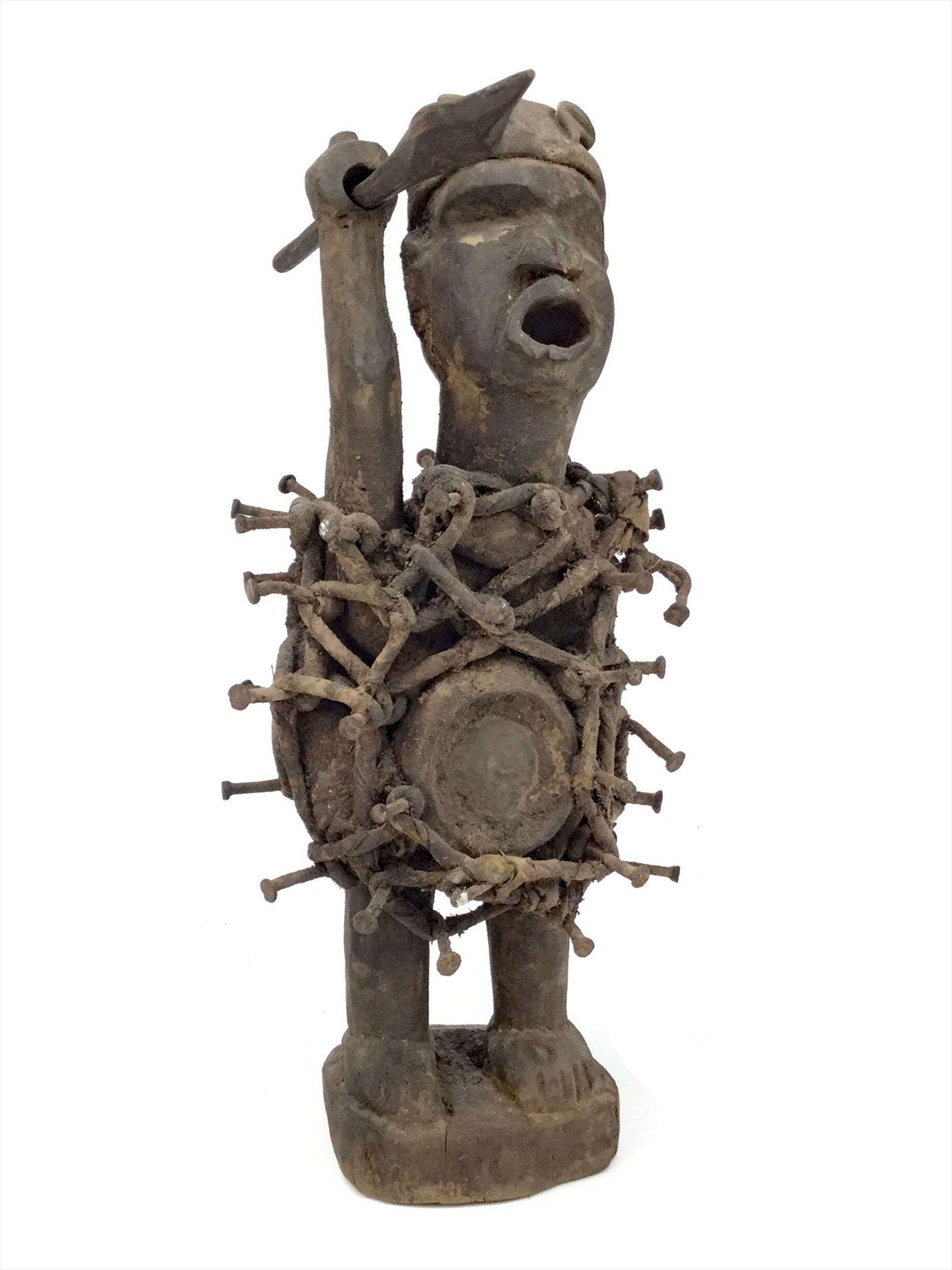 Take lot 1073. This two headed dog fetish was placed at the edge of villages for protection from evils. Lot 1103 is another nail fetish. Similarly kept outside the village perimeter, every time a contract or agreement was struck a nail would be driven into the fetish and the spirit would keep the parties to their promises. Masks are well-represented in the auction. Lot 1070 is a Fang Ngil gorilla mask, a ghostly judgement mask used to invoke the punishment of the ancestors. 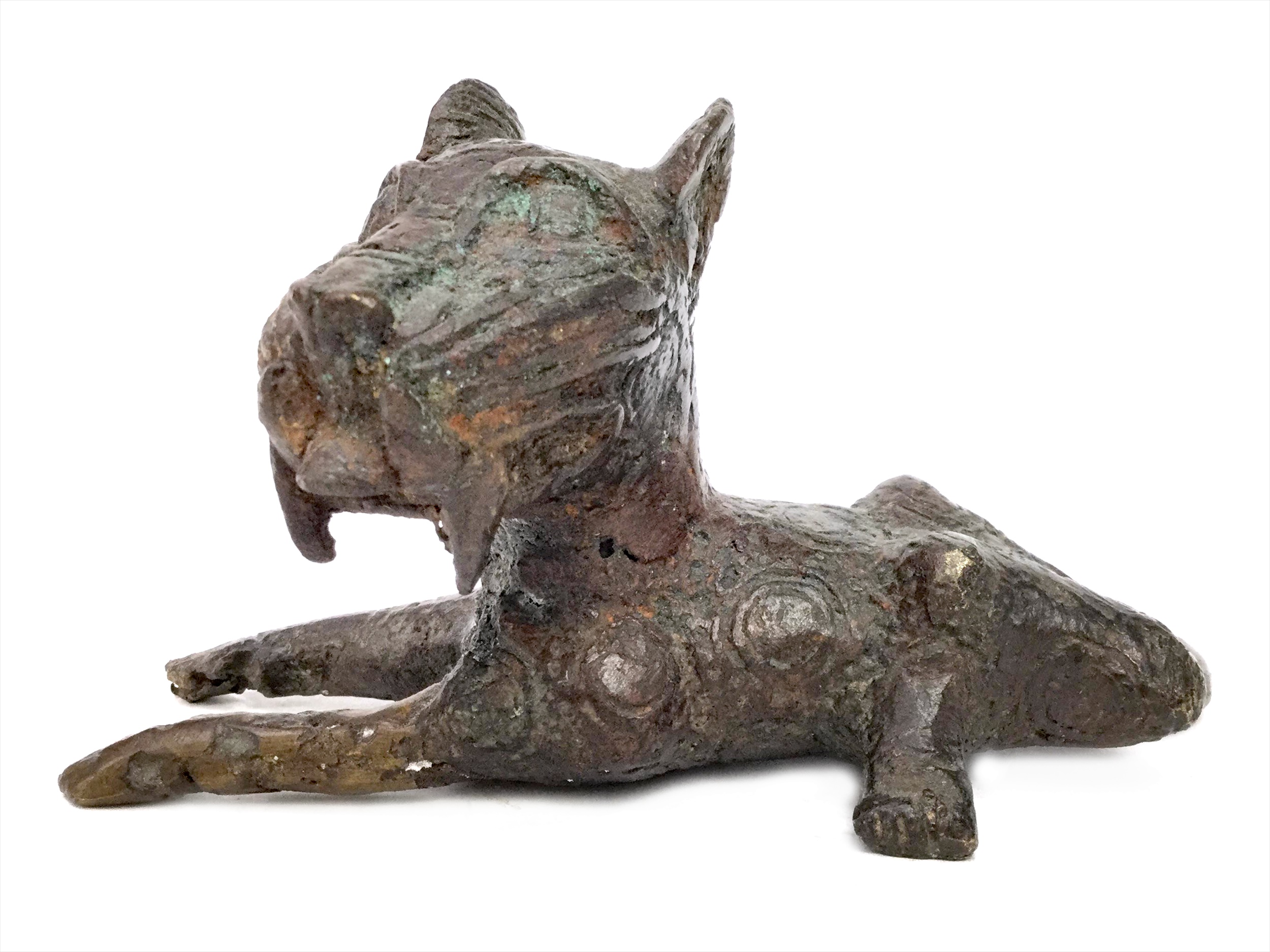 Lot 1143 brings an interesting bronze to light – a Benin bronze recumbent leopard. Bronze working was originally thought to have been brought to Benin by the Portuguese in the sixteenth century, although examples considerably older than that both from here and in Nigeria have since been attested. The punitive expedition to Benin City in 1897 saw the massacre of these peoples and the end of their traditional bronze workings. This leopard is an early example with some of the wax from the ‘lost wax’ method still adhering to the body. This is one of four bronzes from the Harris Collection and the only one for sale.

To view the catalogue for The Asian & African Works of Art Auction, please click here. >>