The luckenbooth brooch is a traditional Scottish love token often given from one lover to another.

Luckenbooths are heart shaped, either featuring one heart or two, often under a crown. These are typically set with gemstones such as smoky quartz, citrine and amethyst. They take their name from the Luckenbooths of Edinburgh, translating to ‘lockable stalls or workshops’. Dating back to the 15th century, these booths were the city’s first permanent shops and housed mainly gold and silversmiths, located on the Royal Mile near St Giles Cathedral. 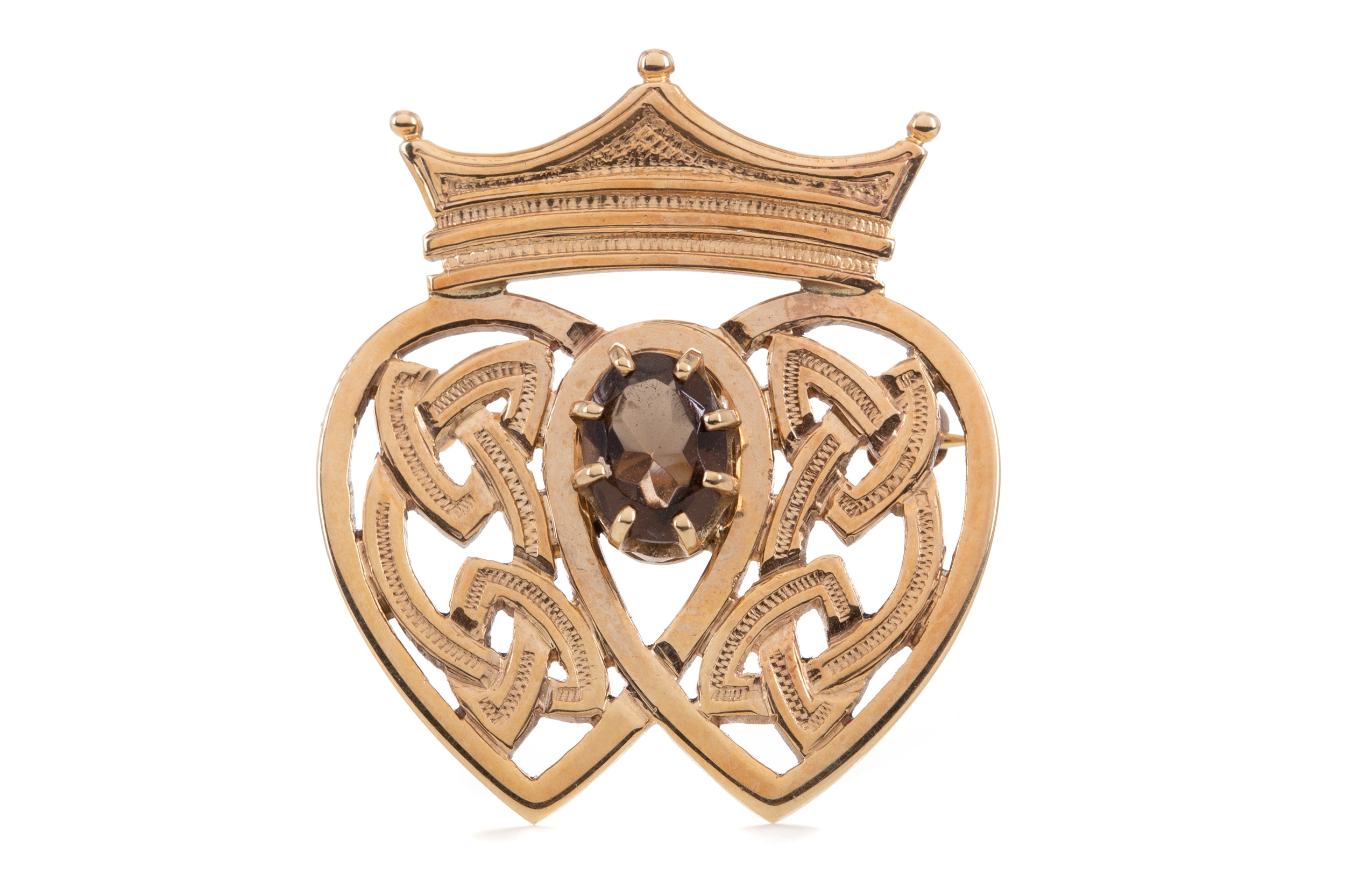 The luckenbooth became popular in sixteenth century Scotland and one legend of the luckenbooth is that it was given as a token of love and devotion by Mary Queen of Scots to Lord Darnley. The tradition of the love token was that the gentleman would give his bride a luckenbooth on their wedding day and upon the arrival of their first child, this would be pinned to the baby’s shawl to ward off any evil spirits.

Lot 1115 in the 29 April Decadent Jewels: Perfect for Spring auction is a nine carat gold luckenbooth brooch set with an oval smoky quartz. Featuring two intertwined hearts beneath a crown, this is estimated at £90 - £120. Hallmarked in Edinburgh in 1997, this proves that the tradition of the luckenbooth lives on!