Famed for their colourful lustre, pearls are unique in many ways and have had many admirers over the years such as Elizabeth Taylor, Jackie Kennedy and Grace Kelly.  The most unique attribute about pearls is that they are the only gemstone produced by a living animal. Spherical pearls are formed inside the soft tissue of an oyster however Mabé pearls are an exception to this. 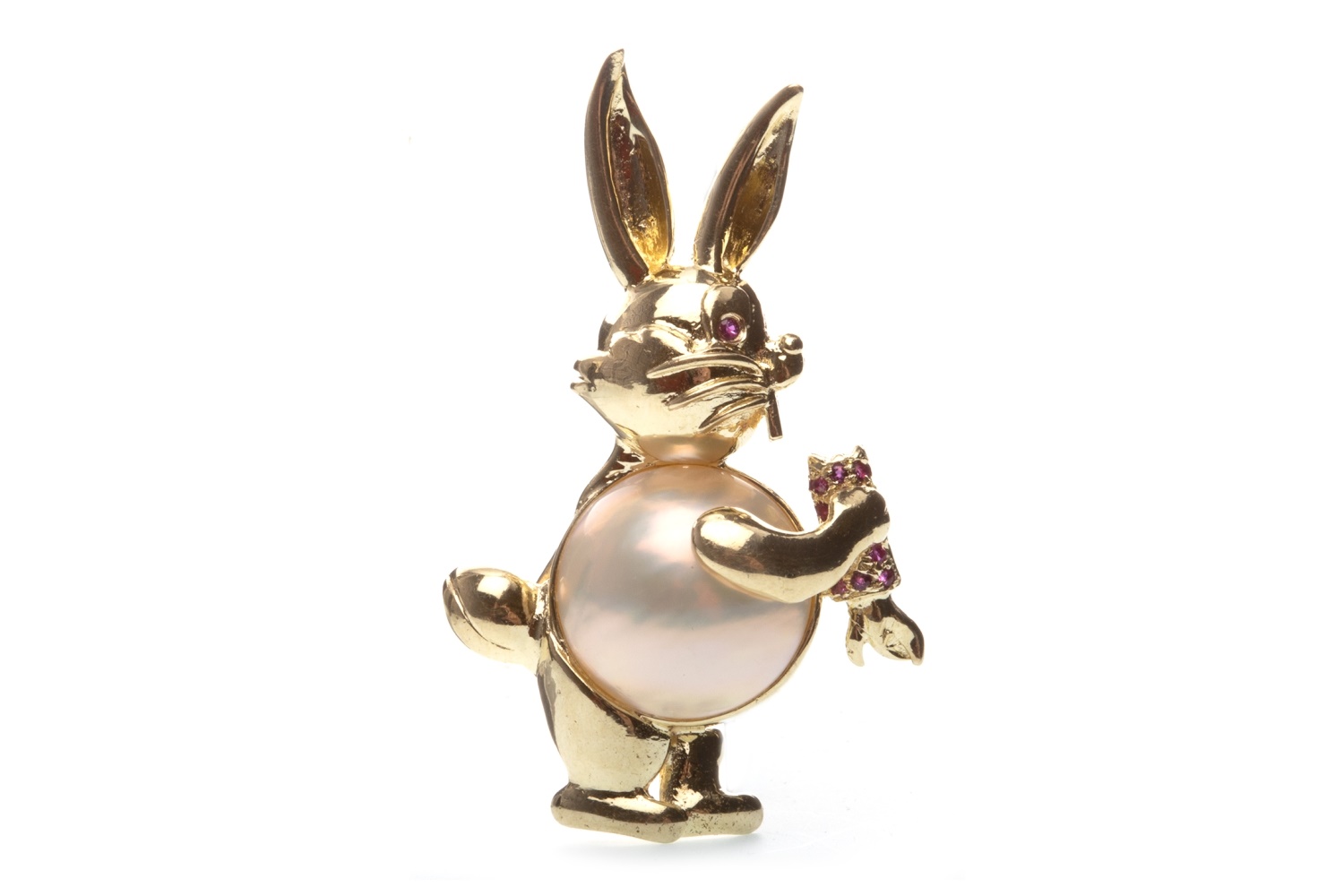 Mabé pearls are half pearls which are hollow in the centre. Instead of being created in the soft tissue of the shell, they are grown flush against the inside of the shell. A small nucleus, usually a piece of mother of pearl, is attached to the wall of the shell and they are then left for two or three years until many layers of glistening nacre has grown over it. When it’s time for them to be harvested, they are cut out of the shell and the nucleus is removed leaving the pearl hollow. It’s then filled with resin and a small piece of mother of pearl is used to seal it. It can then be incorporated in any item of jewellery.

Lot 3 in the 20 November Jewellery Auction is a Mabé pearl and ruby brooch modelled as a bunny. The pearl perfectly forms the body of the bunny and is complemented by a ruby set carrot. With the rabbit known to symbolize good luck, this brooch is sure to bring you good fortune and certainly be a topic of conversation no matter where you go. Estimate £250 - £350.

Viewing for this lot and over 120 others commences at 12pm on 18 November.