The Prints of George Leslie Hunter

The riotously colourful compositions of George Leslie Hunter (1877-1931) have proved immensely popular with collectors over the years, however less is known about his brief flirtation with printmaking at the beginning of the twentieth century.

To date, Hunter is known to have produced sixteen prints, five of which are colour monotypes with the rest ranging from etchings to drypoints. Produced between 1904 and the early 1920s, none appear to have been editioned or exhibited in the artist’s lifetime, and most are now held in the print collection of the Hunterian Art Gallery at the University of Glasgow. Lot 439 in the British and International Pictures Auction is thought to be one of the last of Hunter’s prints. 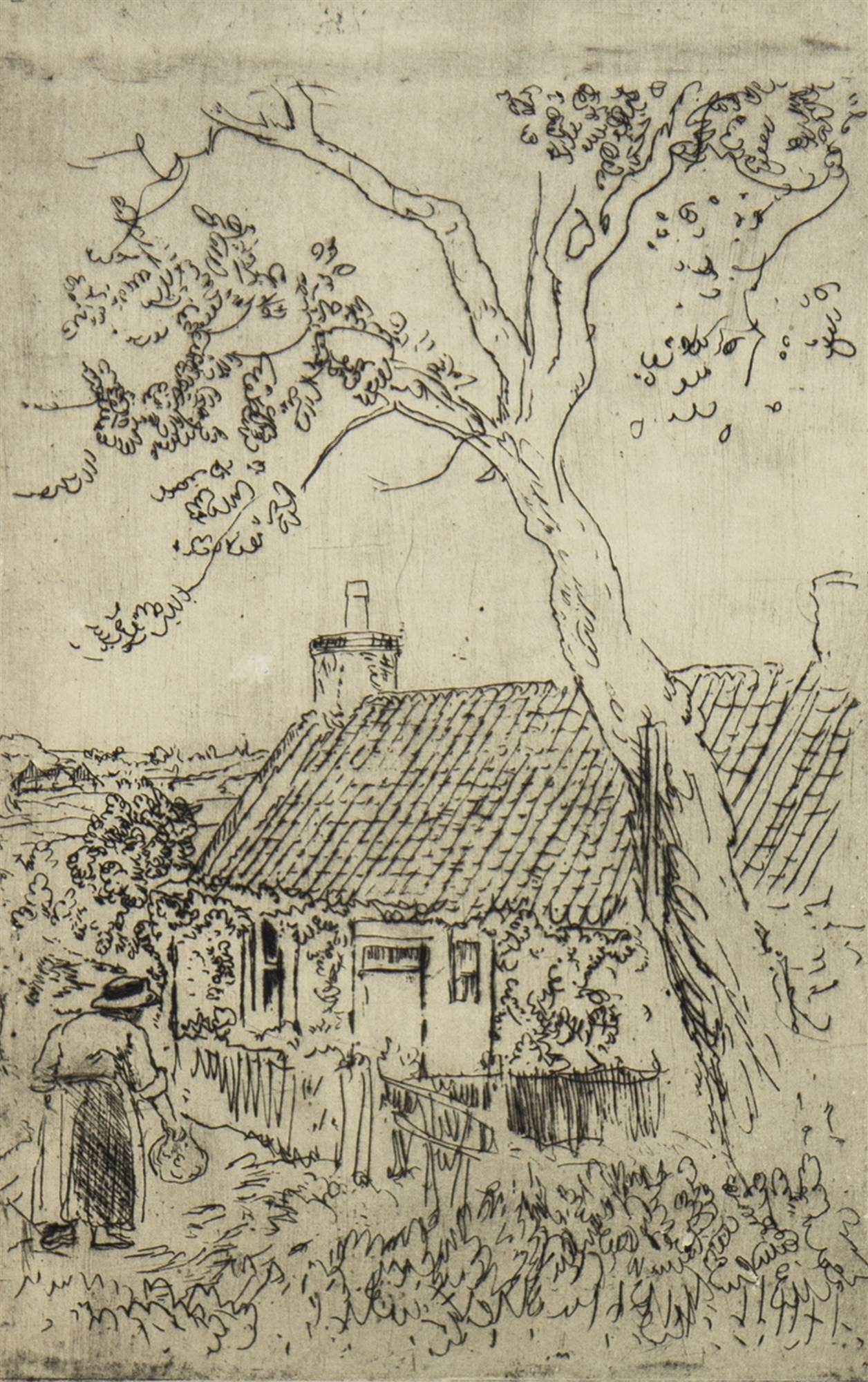 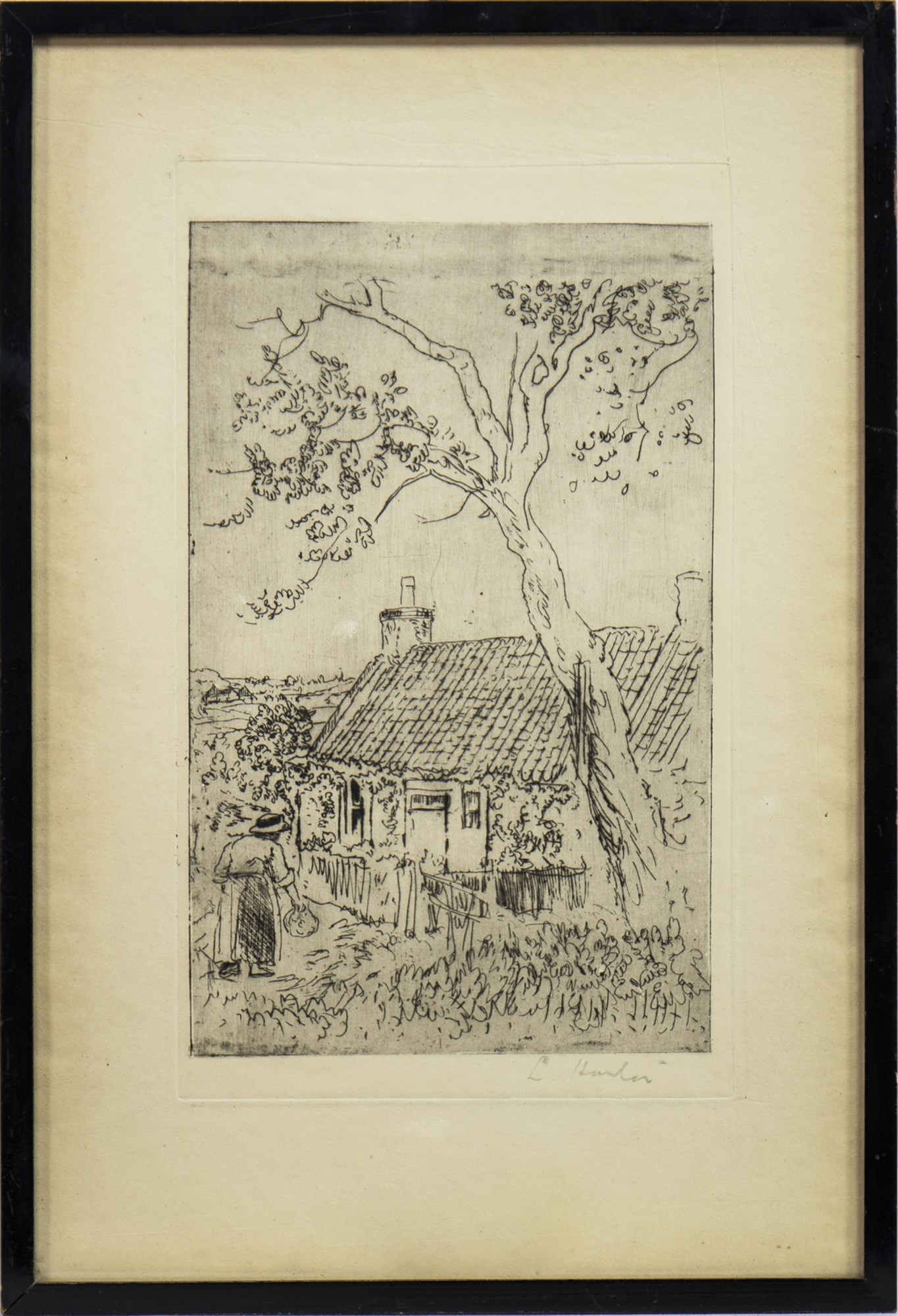 Hunter spent much of the 1920s in France exhibiting with Peploe and Cadell, returning to Fife in between trips, where he had settled in 1922. Whilst in Fife, Hunter undertook a number of oil paintings of cottages in Ceres, and lot 439 is closely linked to these works which he produced in the early 1920s. A letter dated 25 November, 1920 further supports these dates with Hunter writing ‘…the colour has departed from Ceres, I’m etching…’.

Two versions of this print are known to exist. Lot 439 is the second version, which is of the same view, but more polished. Prints by Hunter are rare to the market, and its calligraphic line is reminiscent of the etchings of Jean-Emile Laboureur, which he was likely exposed to during his trip to Paris.

Lot 439 presents a wonderful opportunity to own a rare work in the Scottish Colourists’ output, and carries an auction estimate of £600-800.