Originally, the Vikings were warned to avoid Scotland as it was a land of dangerous natives who spoke an incomprehensible language. However, they decided to invade anyway and from the 8th to the 15th century, the Vikings occupied parts of Scotland including the Orkney and Shetland Isles. The Vikings play a big part in Scottish history and artefacts are still being discovered such as burial sites, weapons and jewellery. When they went to battle, they would often bury their most treasured possessions hence the reason a large amount of Viking jewellery has been recovered from Scotland. 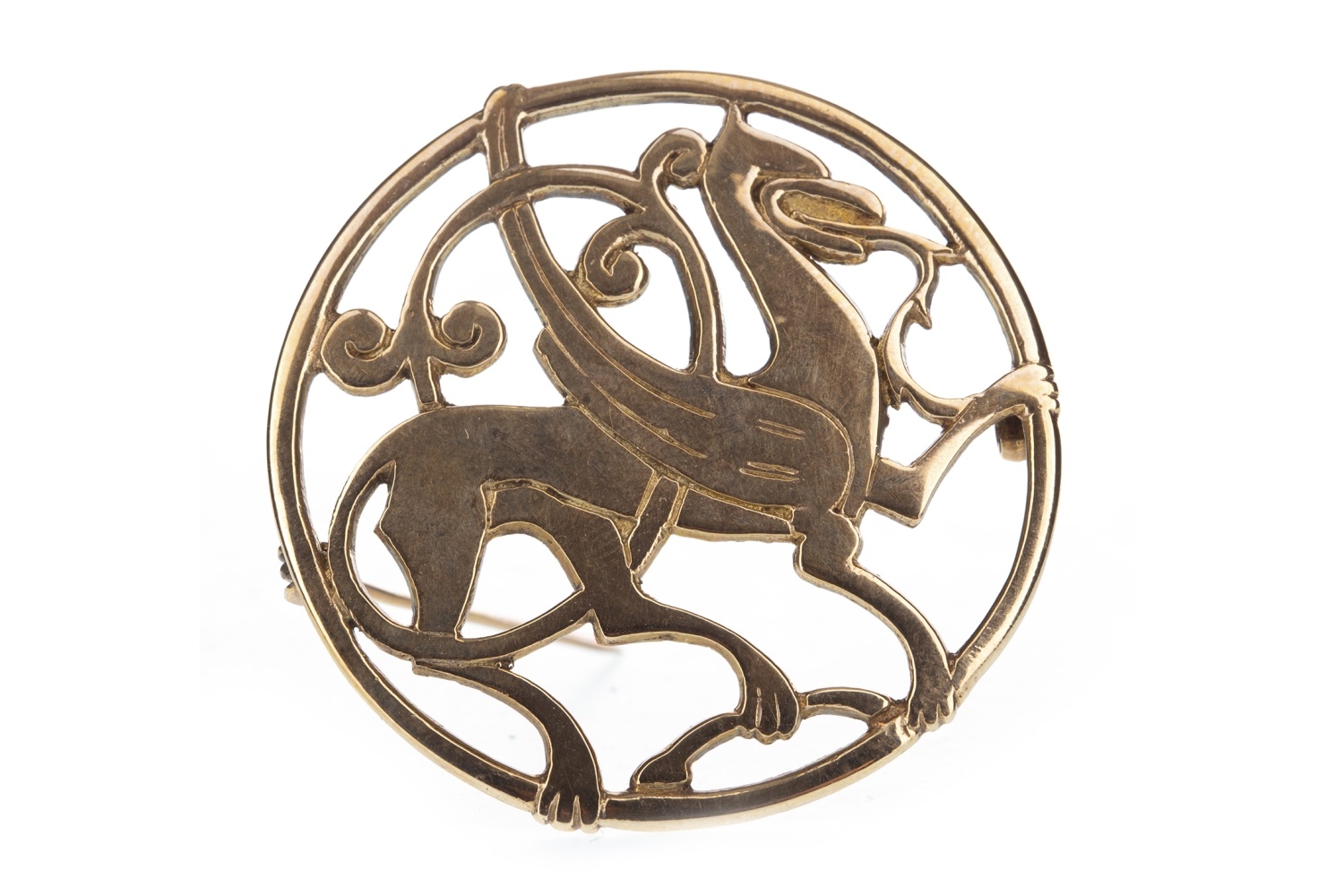 The Vikings were big fans of adorning themselves with items made from gold, silver, pewter and animal bones from the meals that they had for their supper! Common items were necklaces and armlets however brooches and shawl pins proved to be more popular as they served a practical purpose. In the far South of Shetland, in a place named Quendale, a partial bronze ornament was found. Made from bronze, it depicted the back end of a winged beast however the head was never discovered. Jack Rae, a silversmith from Shetland, was tasked with completing the design which we now know as the ‘Quendale Beast’. Complete with a long fiery tongue, it is the epitome of Viking folklore and design.

The Quendale Beast is now a world recognised figure and is often crafted as pendants or brooches. Lot 302 in the 12 January Jewellery Auction is a nine carat gold brooch modelled as the beast. Measuring 48mm in diameter, this is the perfect size to hold your scarf or shawl in place or even as a statement accessory upon a lapel. Estimated at £120 - £150, this handcrafted brooch bears the makers mark ‘SS’ and ‘SHETLAND’ to the reverse guaranteeing this piece to be from the Isle itself. With a powerful brooch like this upon your lapel, it’s sure to help you channel your inner Viking!