The Restoration of Rosebank

With the market for closed distillery whiskies ever on the increase, the Rosebank 8 years old (Lot 1174) is an excellent opportunity to acquire a closed distillery bottling, estimated to sell for £250-£350, it has excellent investment potential.  Bottled in the early 1980’s, this bottling predates the mothballing of the distillery in 1993 by a whole decade. Whilst it was not officially closed in 1993, it ceased production, until 2002 when it was announced that it would be permanently closed. 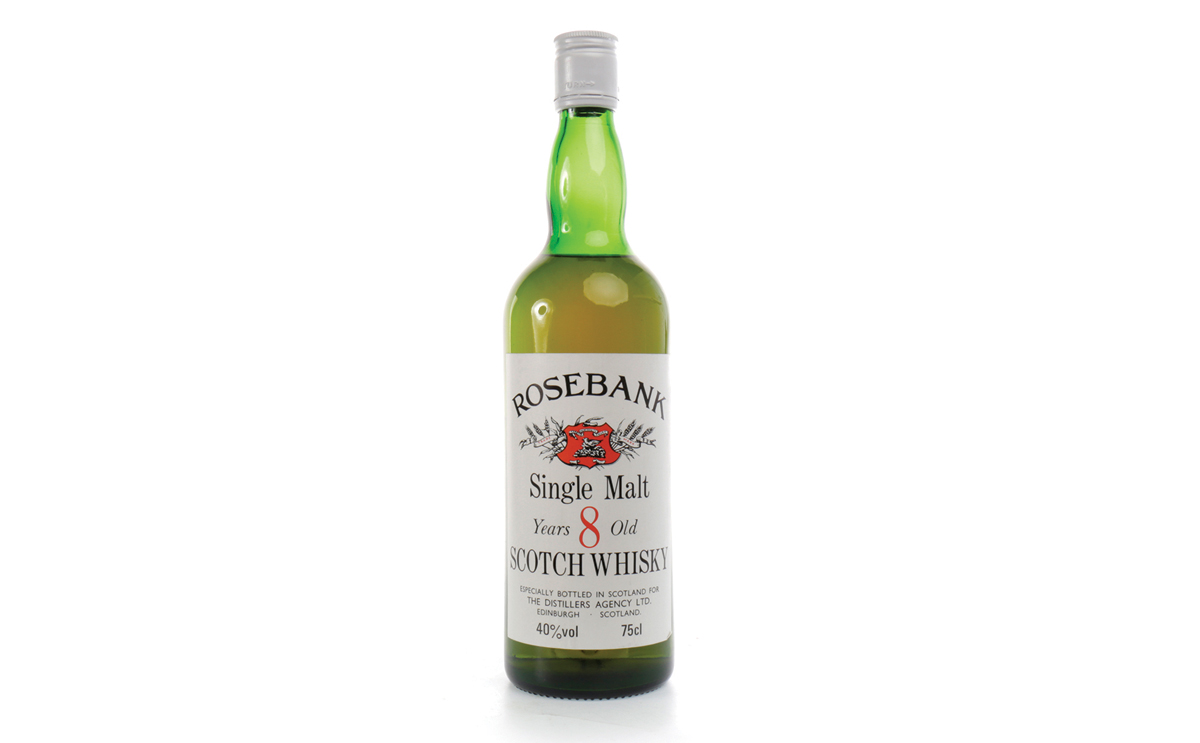 In 2009, all the distilling equipment was stolen by thieves who would have sold the metal on for scrap, so the building was left as an empty shell.

As demand for whisky globally has increased dramatically over the past decade, a number of new distilleries have been set up and closed distilleries to be reopened to deal with demand. In 2017 it was announced that Ian McLeod Distillers had bought the Rosebank name and site, and are planning to reopen the distillery in 2019 at the earliest.

Along with this 8 year old bottling, there are also examples in McTear’s Whisky auction of ‘Rare Malts’ and ‘Flora & Fauna’ Rosebanks, as well as some independent bottlings for those seeking out bottles from this closed, but soon to be reawakened distillery.