I’m not talking about Jose Mourinho when I say ‘The Special One’ but rather a very rare and exciting coin set that will have collectors from across the globe fiercely competing to add this to their collection.

King George VI ascended the throne on the 11th of December 1936 after his brother Edward VIII abdicated. A military man, he served in the Navy during the First World War meaning that he witnessed the devastating effects of the war firsthand. King George and his wife Queen Elizabeth, the Queen Mother, were incredibly popular during the period of the Second World War during which the King and Queen remained at Buckingham Palace which was bombed nine times. This made him a firm favourite with the British public who admired his fearlessness and loyal dedication for his beloved country. 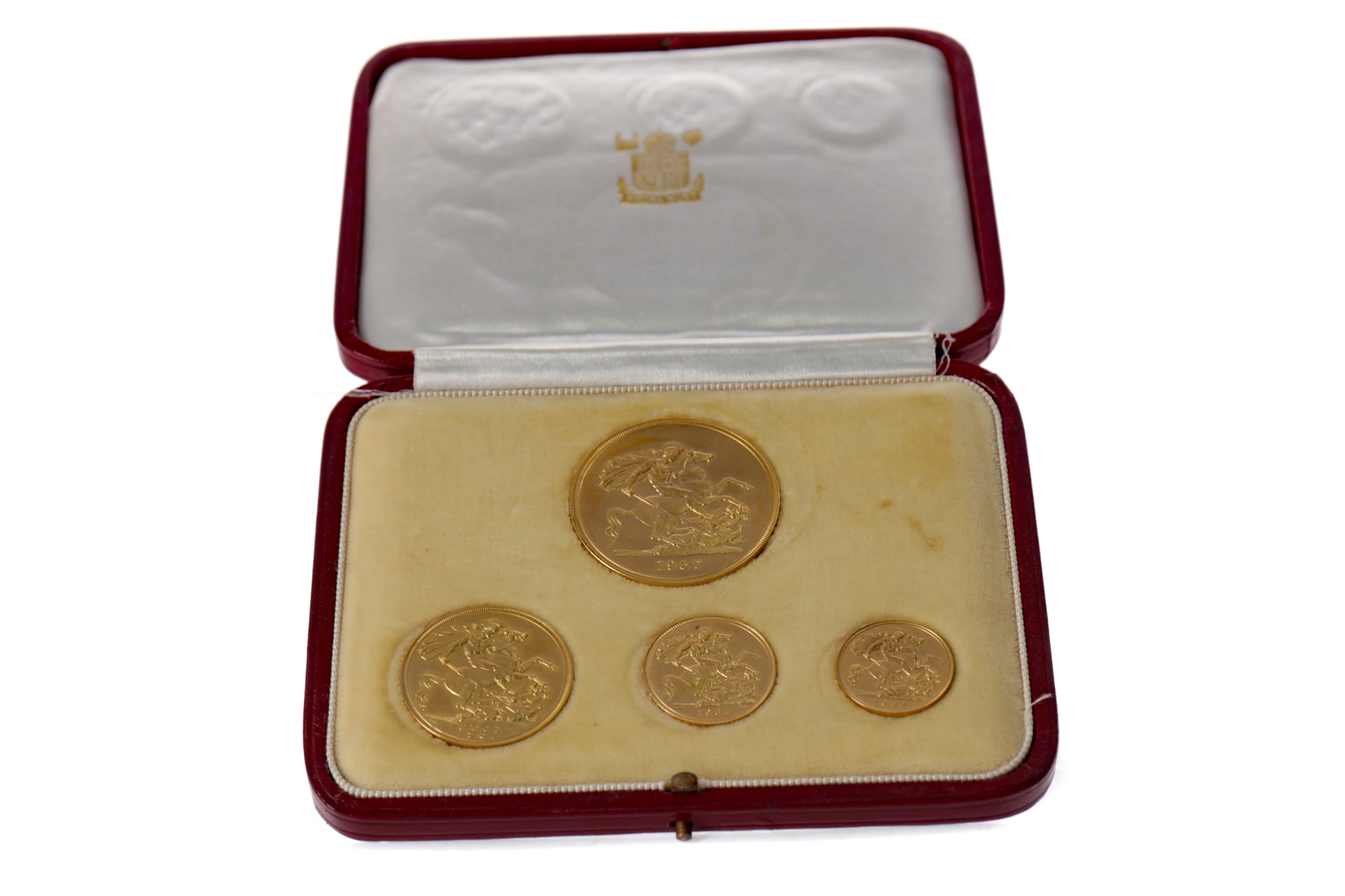 Precious metals were scarce during King George’s reign with the majority of Britain’s gold being used to pay off war debts from the First World War. King George was acutely aware of the huge debts that the country had to pay and with the Second World War looming, which would incur more war debt, minting coins wasn’t a priority to him. Therefore, this explains why during his sixteen year reign, production of gold coins only took place during one year, 1937.

The production of these coins commemorating the coronation of the King was limited with four coin sets including a five pound, two pound, sovereign and half sovereign, being issued with a mintage of only 5,001. Many of these sets were split up as collectors tried to get their hands on even just a single coin. McTear’s is delighted to include one of these highly collectable coin sets in the upcoming Coins & Banknotes Auction to be held on the 29 April.

Lot 5 comes from a private collector who kept this set tucked away for when the time came to let another coin enthusiast have the pleasure of owning this beautiful set. Complete in their fitted red box branded with the Royal Mint insignia, these coins have been cherished since their creation. This lot comes with an estimate of £8,000 - £10,000 and is sure to catch the eye of collectors across the globe.

Entries are currently invited for the next auction taking place on 10 June. For a complimentary, no-obligation valuation, contact a specialist on 0141 810 2880 or auction@mctears.co.uk.