On the 4th of July 1958, a schoolboy by the name of Douglas Coutts was taking part in an excavation dig at the ruins of a medieval church on St Ninians Isle in Shetland. He was helping around a section where under a slab which was marked with a cross, there was a wooden box containing 28 pieces of mainly silver treasure. From brooches to household items, it is apparent that these possessions came from a wealthy, possibly even aristocratic household. The items are thought to be Pictish which means that they would have been crafted and used in the Eastern and Northern areas of Scotland. 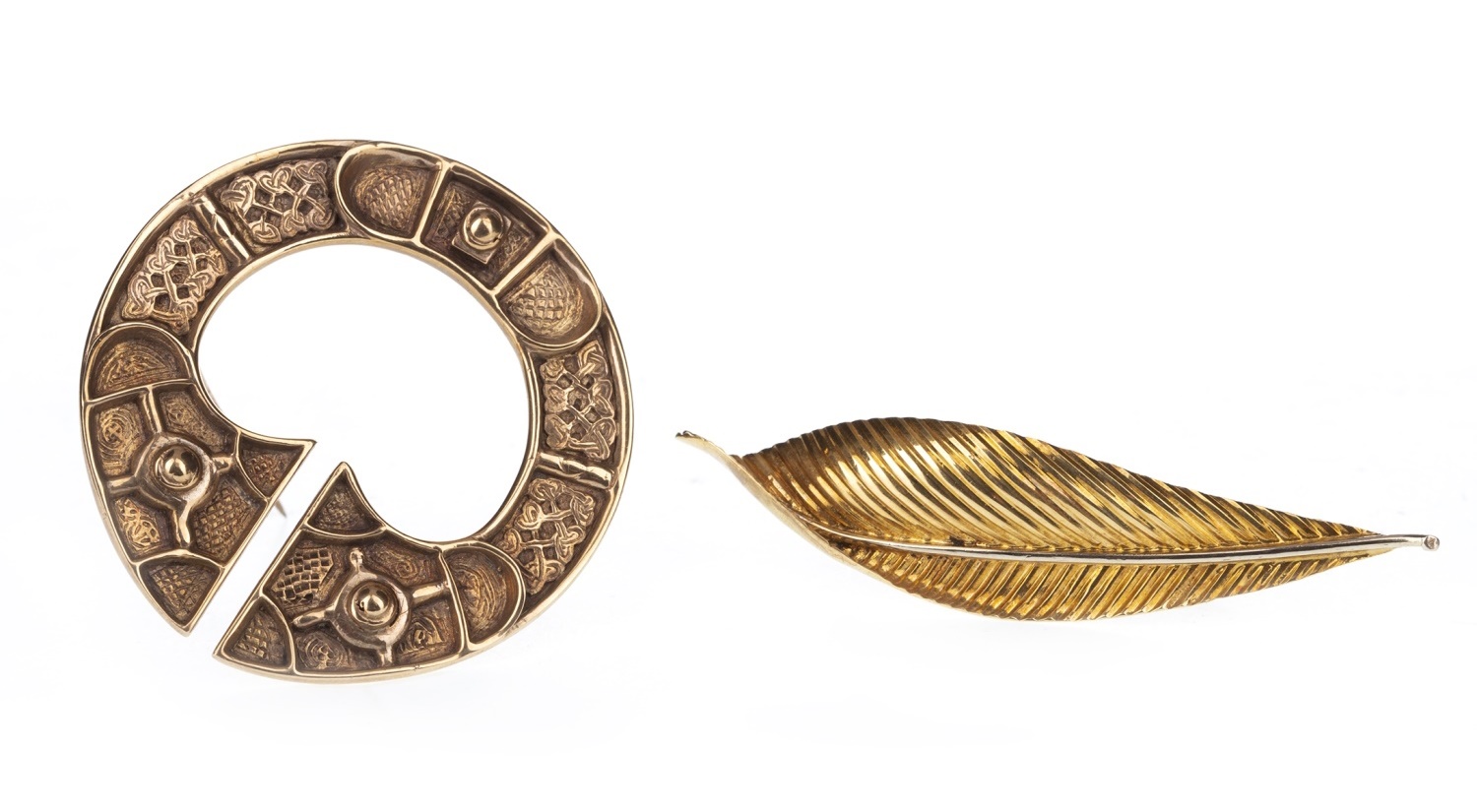 These items are thought to have been buried between the end of the 8th century and the beginning of the 9th century which is when the Vikings began their raid on Scotland. As their most treasured possessions, the owners would have buried these in a safe place to ensure that they wouldn’t fall into the hands of the Vikings. Items from this stash have been reproduced in both silver and gold since the discovery and are still crafted on the Isle of Shetland today. Lot 301 in the 12 January Jewellery Auction contains a nine carat gold reproduction of one of the brooches found in the hoard. The penannular brooch is decorated with Celtic motifs similar to the decoration on the original brooch. This lot is accompanied by a leaf brooch, which is symbolic of growth and revival. It is fitting that it is offered alongside the St Ninians Isle brooch as this is a revival of the original. Together, they are estimated at £200 - £300.