With The Rare & Collectable Whisky auction at McTear’s coming up on Friday 13 April, some of the highlights – as always – are Macallan whiskies, including 18-year-old Gran Reserva, Private Eye bottlings, 25-year-old Anniversary Malts, and even the elusive Nicol’s Nectar.

But the one which will catch many bidder’s eye is Lot 1103, which is the highly sought after 1980’s bottling of the Special Reserve. Even though it has no age statement, this whisky is held in very high regard from those lucky enough to have sampled it. This must-try bottle is estimated at £1000–£2000. 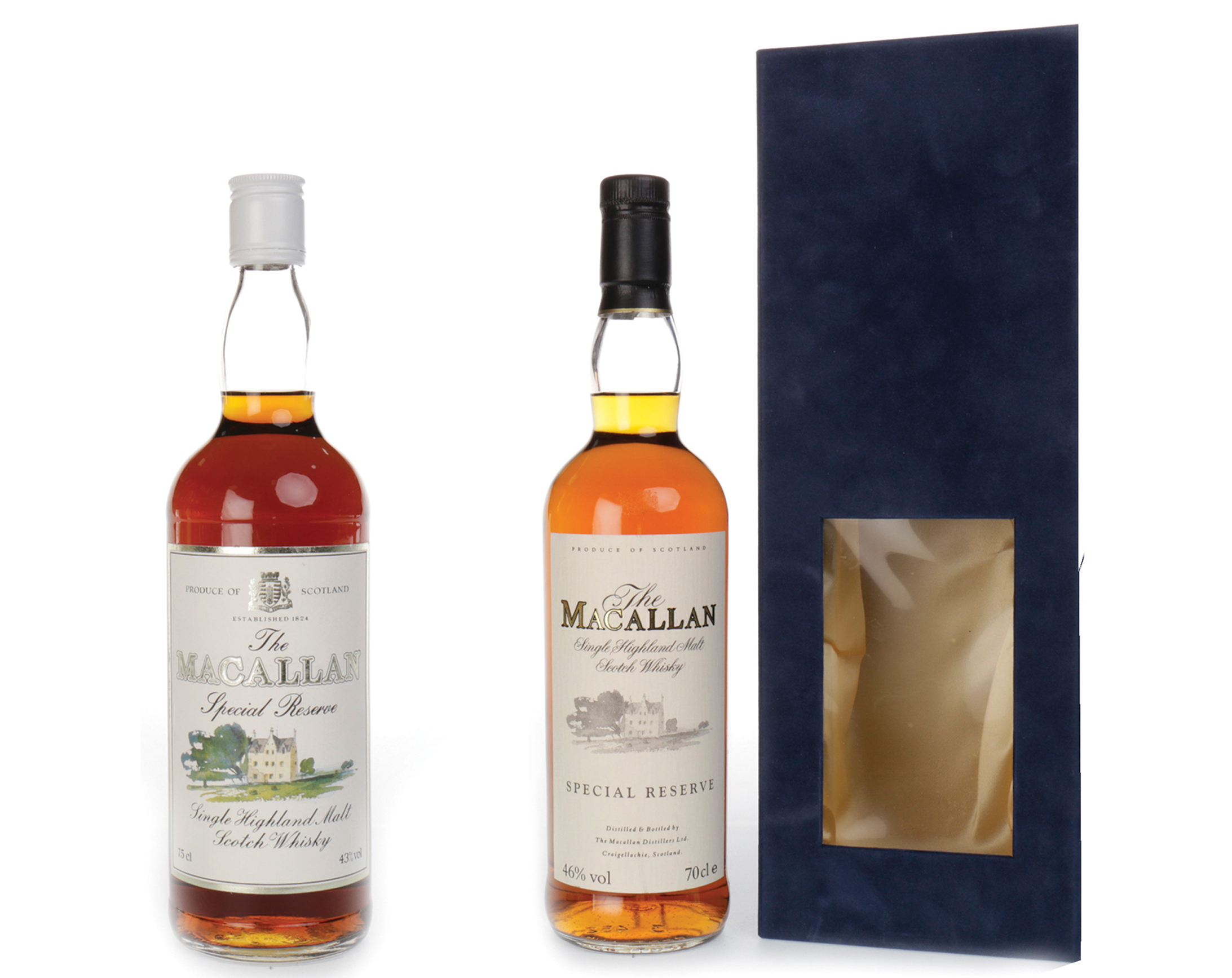 For those more thrifty buyers, Lot 1108 estimated to sell for £300–£400 and is a slightly more modern bottling of the Macallan Special Reserve, from the 1990’s. With not quite as much oiliness as its predecessor, it is still a stunning whisky which is bottled slightly stronger at 46% opposed to 43%.

Both are must-haves for Macallan collectors and drinkers alike.