The Tragedy of the De Liefde

The ‘De Liefde’ was an ill-fated Dutch ship which was wrecked off the Out Skerries, Shetland, on a cold winter’s day on the 3rd of November, 1711.

De Liefde which translates to ‘The Love’, was built in the Amsterdam yard of the Dutch East India Company or the Vereenigde Oostindische Compagnie in Old Dutch. This was the third merchant ship to be named De Liefde as its predecessors had been lost to the oceans in 1600 and 1668 which perhaps presents a foreboding sense of doom as evidently, the De Liefde’s had a long history of unrequited love between these vessels and the high seas.

The De Liefde was a powerful vessel at 150 foot long, forty foot in the beam, with a cargo hold depth of 16 feet and weighing around two tons. Sadly though, at the beginning of only her fourth voyage, she was wrecked after hitting a reef at Mio Ness.

The ship sailed from Amsterdam at the end of October 1711 under the command of Captain Barent Muijkens. As she was carrying very precious cargo, she was armed with forty cannon and one third of her 300 strong grew consisted of soldiers. The ship was seemingly on its way to Batavia in the East Indies to buy spices. The ship sailed as part of a convoy up the North Sea avoiding the English Channel due to strong winter winds and the heavy presence of enemies. During 1711, the War of the Spanish Succession was well under way and Dutch ships were often stopped and looted by French Privateers so the only option was to sail the North Sea. This would see them avoid the pirates however they couldn’t avoid the harsh weather conditions and faced a violent storm which saw seven ships lost to the sea that day, one of which was the doomed De Liefde. 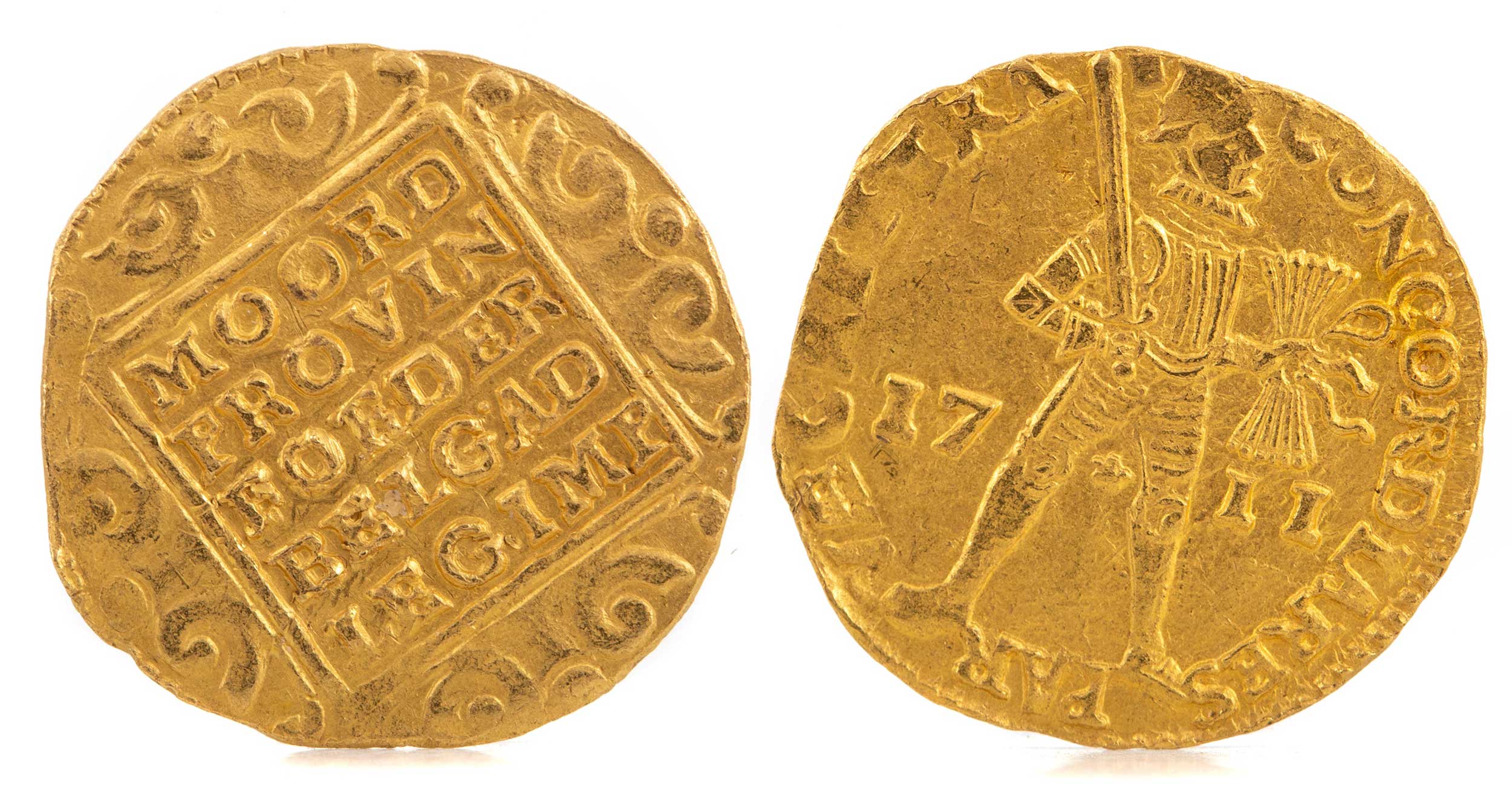 After hitting the reef, all of the crew perished except for one sole survivor. The man, whose name is no longer known, was the watchman stationed at the bow who was reportedly thrown onto the cliffs when the vessel struck the reef. The following morning, a Sunday, the only islander not in church looked westwards only to see the sole survivor wandering the hills. He remained on Shetland for a year and stayed with a local family before returning home.

For three centuries, numerous attempts have been made to recover the ships treasure; the first of which was made by the VOC shortly after the disaster which was unsuccessful in recovering the cargo. Shortly after, Jacob Rowe of London conducted diving operations on the site under the command of the VOC however it is unknown if they managed to recover any of the treasure. At the beginning of the nineteenth century, a raging storm brought gold and silver coins to the rocks of Mio Ness which were recovered by the locals.

The now scattered wreck was later rediscovered in 1964 and during the summer, the Royal Navy of HMS Shoulton discovered a cast iron cannon and a large quantity of newly minted 1711 silver ducatons. A year later, brothers John and Peter Bannon organised a four day salvage expedition and recovered approximately seventy items. A larger operation was carried out by the brothers the following year where an additional hoard of late seventeenth century silver coins and four gold coins were recovered around fifty feet below the surface.

In 1967, the Bannon brothers formed a limited company and obtained the agreement of the Dutch government to recover a percentage of the items from the scene of the wreck. During this expedition, they discovered artifacts and an intact chest filled with 4,320 silver coins and a handful of gold ducats. Two years later, many of these coins were auctioned by Glendining & Co, of New Bond Street, London, which is where we can trace lot 10a in the 30th of June Coins and Banknotes Auction to. This lot is offered alongside the original auction catalogue from 1969 with an attractive estimate of £600 - £800. With only one other coin from this wreck being offered at auction in America this year, we are sure that this will attract fierce competition.

This beautiful coin, although the artifact of a tragedy, is perhaps one of the most fascinating coins to have graced McTear’s. Newly minted in 1711 shortly before it’s doomed voyage, this coin is in fantastic condition having crossed only a few palms before being trapped at the bottom of the North Sea for over three hundred years. The current vendor hails from Lerwick, just 24 miles from the Out Skerries where the De Liefde perished. Feeling that it’s time for another passionate collector to own the coin, this could be your chance to get your hands on this exquisite piece of shipwreck treasure.

Click here for information on buying or selling coins at auction, or to receive a complimentary valuation.

Entries are currently invited for the next auction taking place on 11 August.  For a complimentary, no-obligation valuation, contact a specialist on 0141 810 2880 or amy@mctears.co.uk.