Jaeger le Coultre is a renowned brand synonymous with luxury and technical innovation, like many high end Swiss watch companies. Founded in 1833, this maker is perhaps most proud of their tourbillon movements. Although not invented by the company, their development of this specific component of the watch movement is technologically very impressive. 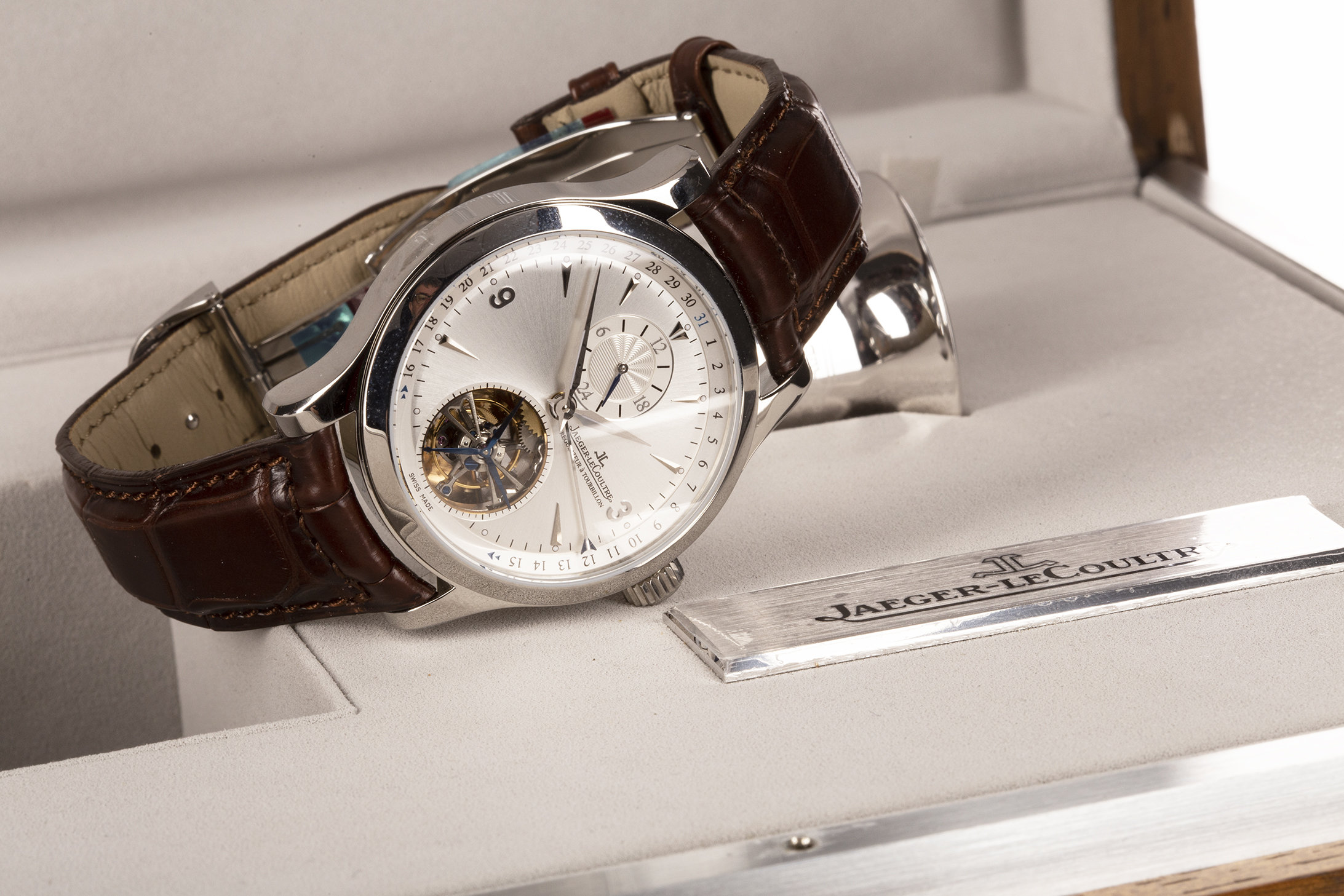 The first tourbillon made by the company was featured in one of their best known watch models in 1993 – a Reverso – and has since been part of some of their pocket watches as well as wrist watches. A tourbillon is a rotating cage in which the escapement and balance wheel are mounted. This cage rotates frequently negating errors and prevents the movement being affected by gravity as it may be in its traditional fixed form. Many watches that feature these impressive components are made visible to the wearer by being placed behind crystal within a cut out to the dial. 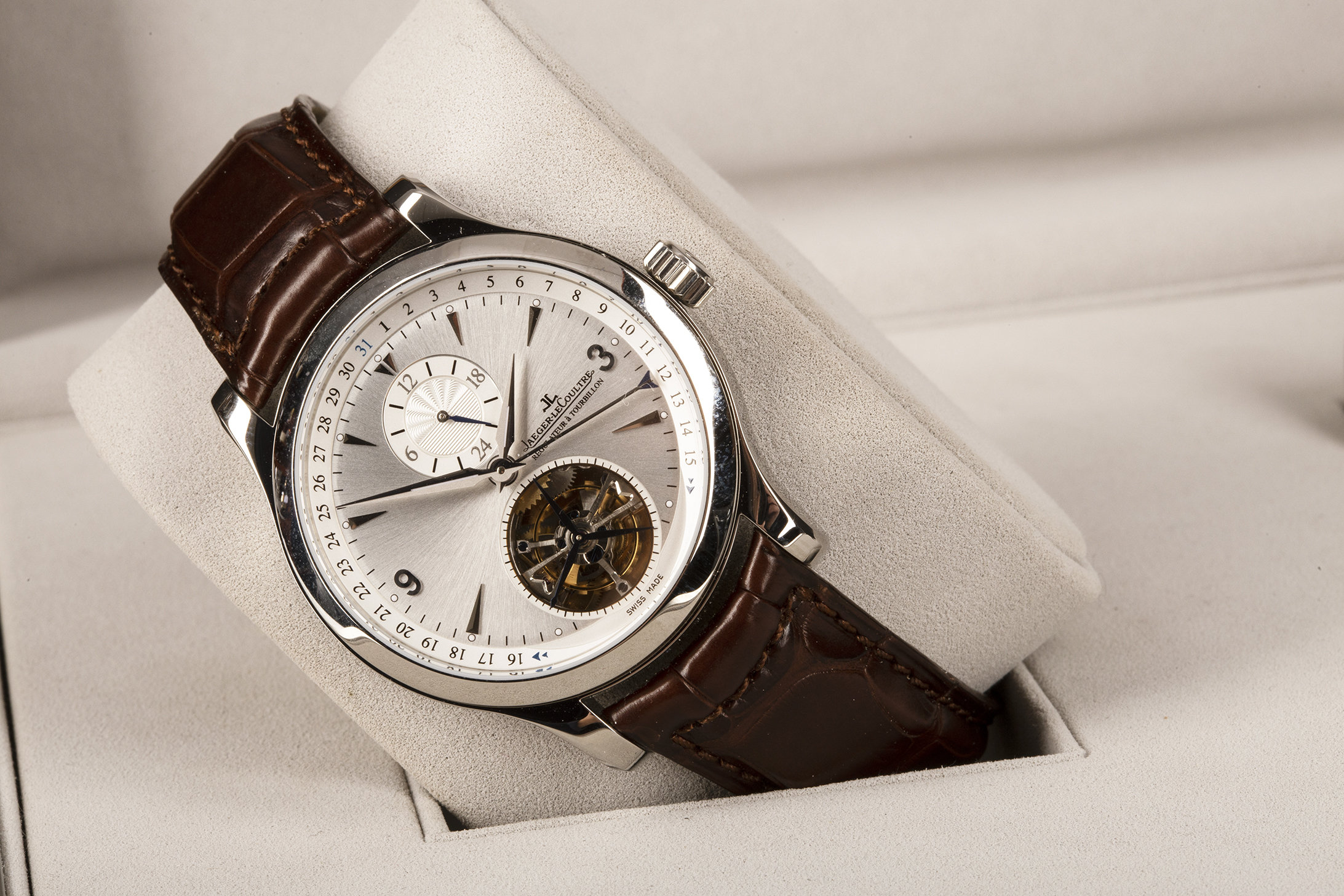 The movement of the tourbillon, and its representation of quality and innovation, is then free for all to see. This is the case in Jaeger’s Master Tourbillon and McTear’s is proud to feature one such watch in The Watches Auction on 17 December. Reportedly never worn on the wrist, this particular lot still has some of its protective retail stickers intact and originally retailed at £25,300. Estimated at £15,000-20,000, it’s sure to catch the eye of watch enthusiasts the world over.