The Watch that Conquered the Deep

Rolex, well known for being pioneers in the horology world, set a world record in 1960 when a Rolex Deep Sea Special was attached to the arm of a submarine that successfully reached the bottom of the Mariana Trench during the world’s first manned dive to the deepest part of the ocean. At depths of 38,500ft, the watch continued to function precisely throughout the dive.

Hollywood director James Cameron is well known for his blockbuster movies such as Titanic however on the 26th of March 2012, he made the world’s first solo descent to the bottom of the oceans deepest trench in a submarine named the Deepsea Challenger.  A new experimental divers watch, the Rolex Deepsea Challenge watch, was sent down to the depths of the trench to break yet another world record. Again, at depths of 35,787ft, the watch continued to function precisely throughout its seven hour underwater adventure. In 2014, Rolex created a special version of the Deepsea to commemorate Cameron’s dive. The distinct dial fades from blue to black to celebrate one man’s journey to the deepest and darkest place on Earth. 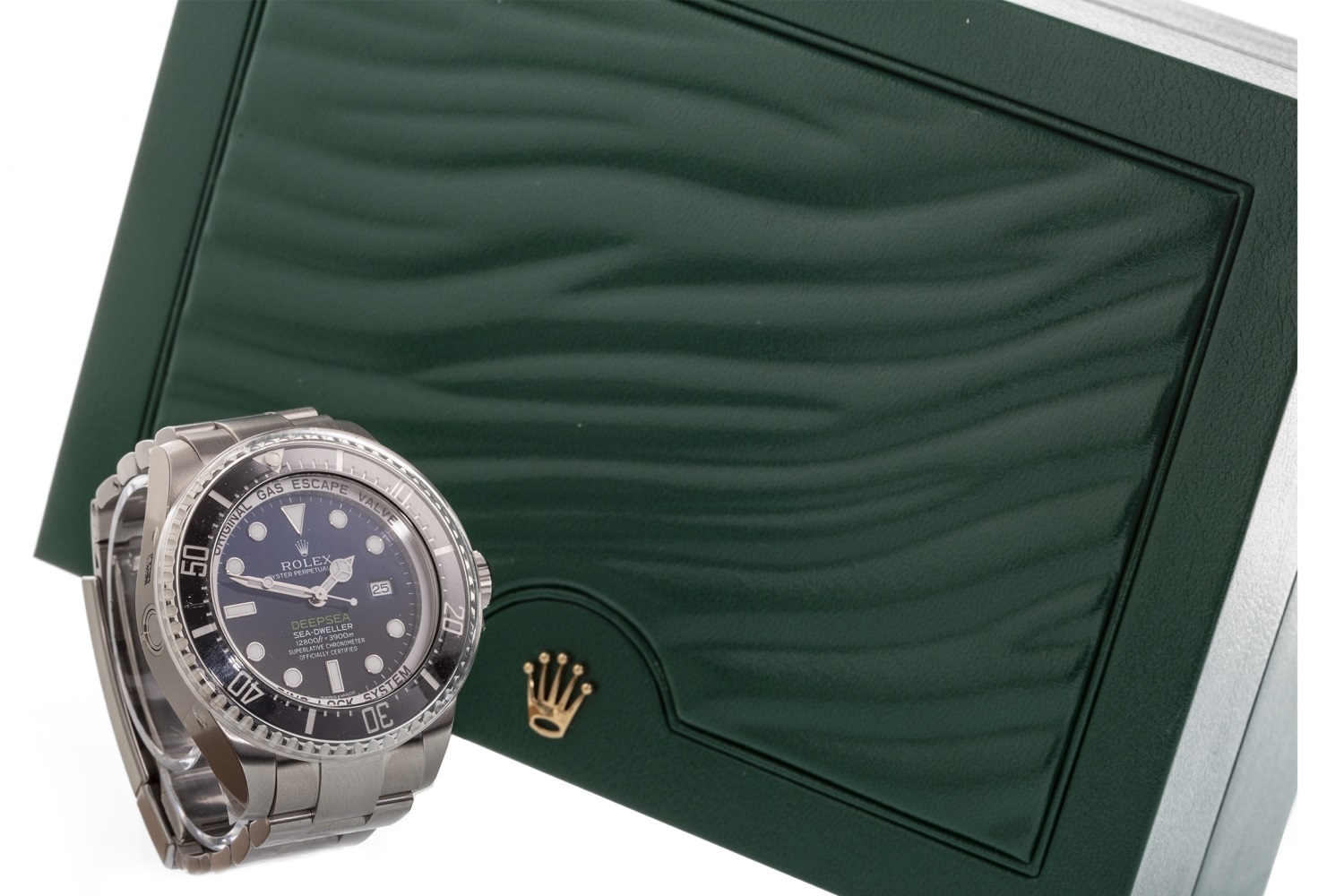 Lot 751 in the Watches auction on the 2nd of July, is a James Cameron Deepsea Sea Dweller complete with box, papers and swing tags. Estimated at £10000 - £15000, as well as being a prolific diving watch, this is a statement piece with its dark and mysterious dial, hefty 44mm case, and sleek Oyster bracelet.

With a watch like this on your wrist, you will be able to conquer new depths, and should you ever find yourself at the bottom of the Mariana Trench, at least you’ll know what time it is.