During the early twentieth century it was deemed unladylike and improper for a woman to be spotted wearing a wristwatch. It was believed that a woman should not be concerned with timescales and schedules.

In the early twentieth century, as thinking changed and women began to demand more independence, the cocktail watch was born. Initially created to be disguised as a piece of jewellery, cocktail watches were created with small faces and set with gems or diamonds. This enabled ladies to check the time in a discreet manner whilst remaining fashionable.

Although not an early twentieth example, lot 789 in the watches auction on 27 February puts a fabulous modern twist on the cocktail watch. 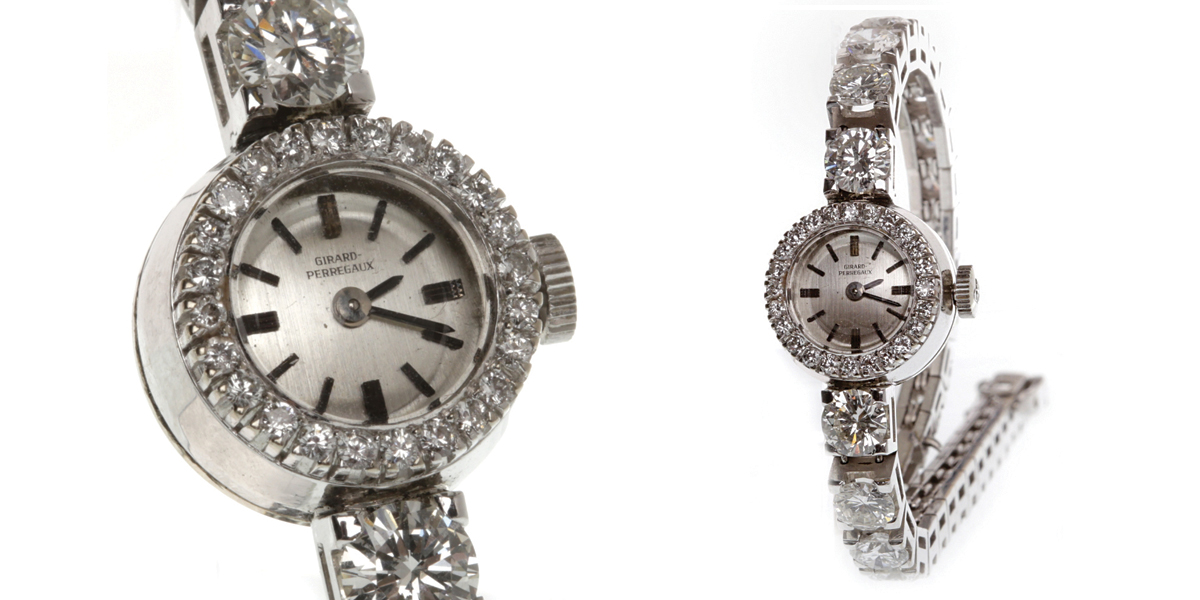 Manufactured by Girard Perregaux, the bracelet is set with graduated round brilliant cut diamonds totalling approximately 7.50 carats overall.  If it wasn’t for the 14mm case with diamond set bezel, you would be forgiven for mistaking this for a tennis bracelet. Estimated at £5000 – £7000, this timeless timepiece is fashionable yet practical.

To view the current auction catalogue then please click here >>

McTear’s sells more jewellery and watches than any other traditional Scottish auction house in the dedicated auctions, these are run concurrently live online on a platform that attracts six million visitors annually from over 120 countries worldwide.